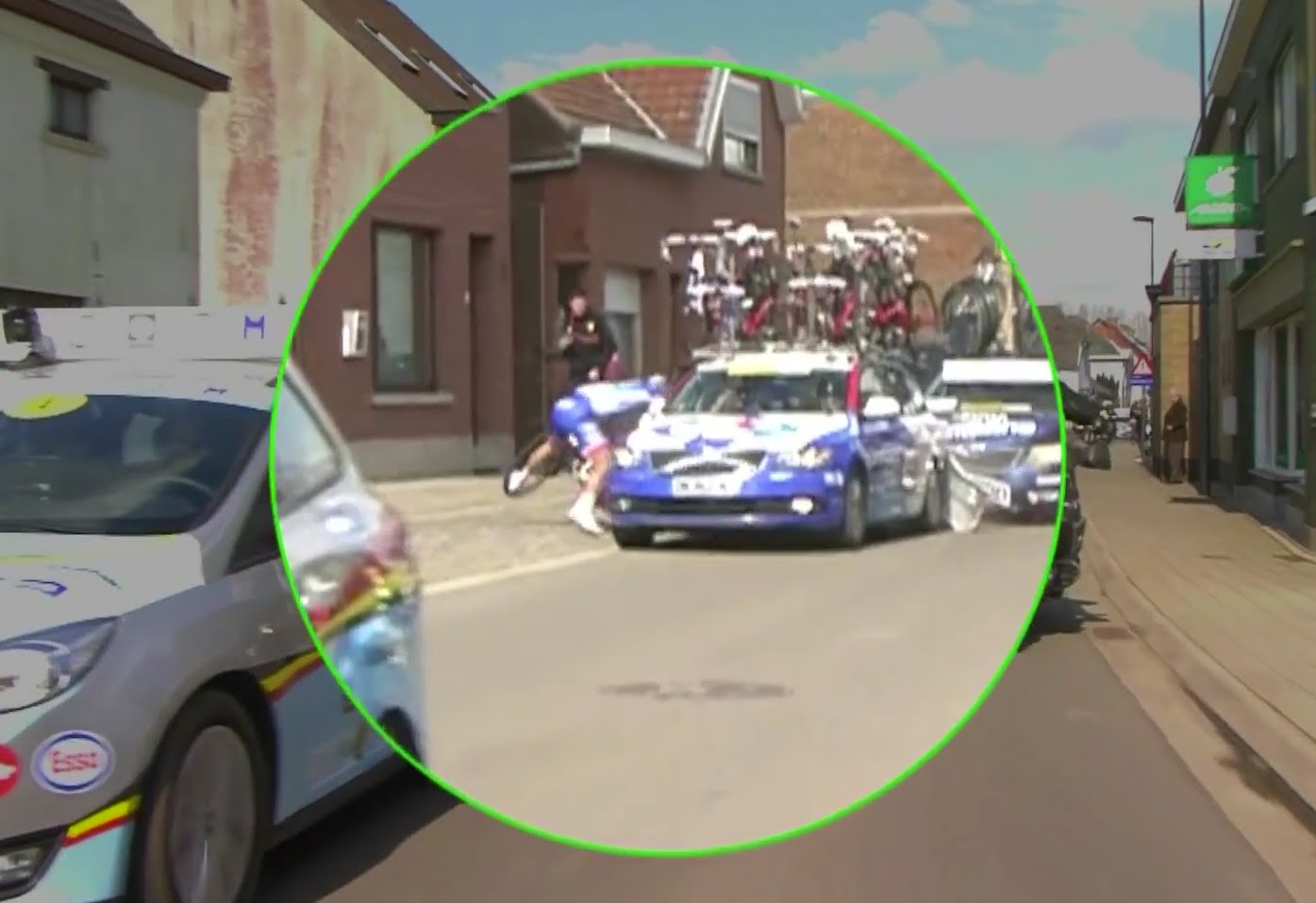 Shimano announced today, that it has concluded its investigation regarding the service car accidents that resulted in injuries to Jesse Sergent and Sebastian Chavanel, during this month’s Tour of Flanders.

Trek Factory Racing’s Jesse Sergent suffered a broken collarbone after he was struck by a Shimano service car during a breakaway, while another service vehicle crashed into the back of an FDJ team car, subsequently knocking Sebastian Chavanel off his bike.

Shimano says, the accidents were a result of race officials directing all vehicles to get in front of the breakaway, due to the close proximity of the chase group.

But, as a result of the narrow Belgian roads, the vehicles found it difficult to pass, which lead to the chain of events.

Shimano stated, that the driver of the first vehicle, was a police officer, who has 14 years of experience in the pro peloton, covering World Championships, Olympics and Belgian Classics.

In the second incident involving the collision with FDJ’s team vehicle, Shimano described it as a ‘low-speed collision, that occurred as a result of the congested race conditions”.

According to Shimano, both teams have accepted their apologies.