Is Cryotherapy an Effective Recovery Method for Cyclists? 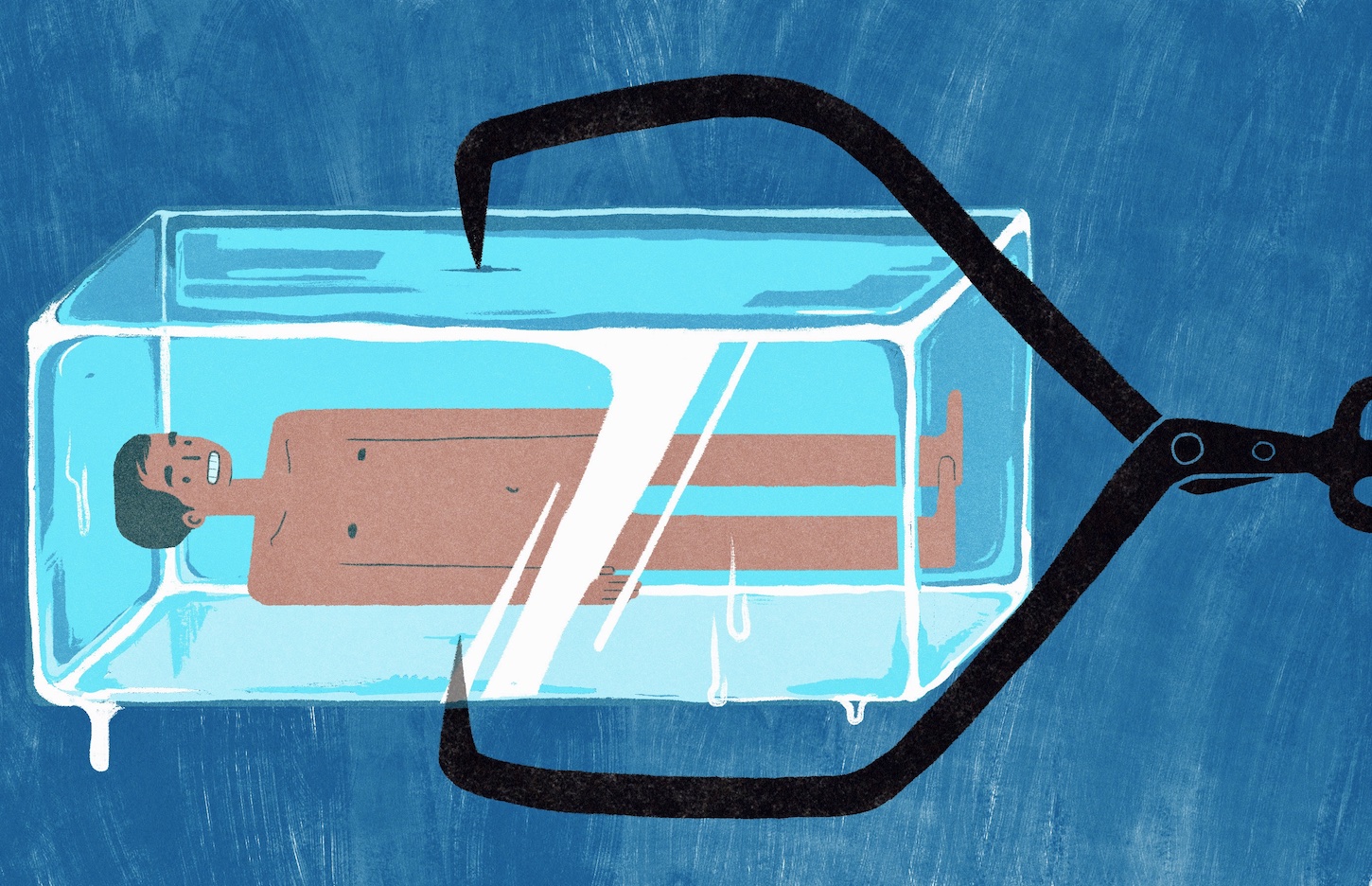 Cold therapy has been used as far back as 2500 BC by the Egyptians, who used cold to treat injuries and inflammation. Hippocrates later became known for using cold as a swelling and pain reliever, culminating into the modern-day use of ice to treat injuries and relieve sore muscles, and even tend to a swollen eye after a fight.

Along came cryotherapy, which was developed to help today’s athletes recover and improve their performance, to prevent relapses for different illnesses, and in the treatment of muscular and inflammatory pathologies. This is done in a cold chamber, wherein athletes immerse themselves, leaving just their head out. Temperatures in the chamber are severely dropped using frozen nitrogen gas.

The latest large scale study involving “whole-body cryotherapy” found that it was effective in relieving something called the “symptomatology” of the various sets of inflammatory conditions that regularly impact athletes. This ranged from reducing oxidative stress (such as lactic acid), hormone production, bone metabolism and skeletal health.

When you are at a whole-body cryotherapy place getting ready to step into the chamber, you first need to make sure you’re completely dry because any moisture could damage your skin in such extreme temperatures. Then you will get gloves and a headband, which will be your only clothing along with your underwear. Some places have a transition chamber that might be around -60 °C where you go for about 30 seconds. After that you will step into the main chamber that should be between -110 to -140 °C and spend about 2-3 minutes in there.

Short-term exposure to extreme cold is supposed to trigger changes in inflammatory response, hormone levels, and pain perception. The question is whether these changes are substantial enough to improve recovery for endurance athletes, and also whether you can get a similar benefit without an expensive high-tech chamber.

It activates the rest and digest system

Hard training produces a fight or flight response in the body, which is good for the workout itself. It increases heart rate and blood pressure to match the intensity of the training session. The problem is that it comes at a cost. The body shuts down immunity and digestion in this situation, so when the workout is done, you want to return to the opposite state called rest and digest to be able to recover. Cold exposure causes constriction of the blood vessels in your peripheries, which increases blood pressure in the core of your body. That triggers the baroreflex which helps quickly lower your heart rate and blood pressure. In this regard cryotherapy could help kickstart recovery.

Research shows that cryotherapy can reduce blood levels of the stress hormone cortisol. A study with elite rowers training twice per day found that cortisol levels increased after 3 days in the control group, but the cryotherapy group had their increase delayed to day 6. So, when it comes to stress hormones, multiple days of training and multiple treatments are necessary.

Another benefit that is especially interesting to athletes is reduction in inflammation. Doing a lot of exercise can produce a lot of inflammation and slow down recovery, so having a way to reduce inflammation when there’s too much of it is something all cycling teams would appreciate. Recent studies have shown that athletes undergoing whole-body cryotherapy have a reduced production of pro-inflammatory cytokine. These results are only observed when they do multiple sessions.

It relieves muscle soreness and pain

Cold exposure has been shown to have analgesic effects on athletes who use it after hard exercise, multiple studies have shown reductions in pain perception and muscle tiredness. These studies have also shown improved sleep and overall quality of life of the athletes.

Research has shown that whole-body cryotherapy is effective for recovery. There’s only one issue. Most research studies conclude that cold water immersion and ice packs are pretty much as effective as cryotherapy when it comes to promoting recovery. So, when we consider that cryotherapy needs to be done frequently and regularly and the price for the necessary 20-30 visits could be hundreds of dollars, it loses its appeal quickly.

Outside athletic performance, studies have also shown cryotherapy is effective in treating rheumatism, which is any disease caused by inflammation and pain in the joints, muscles, or fibrous tissue, most notably rheumatoid arthritis.

There was also shown to be some benefits when it comes to depression, anxiety and a variety of mood disorders as cryotherapy has an impact on levels of various substances related to the body’s overall metabolic functions including cortisol and adrenaline.