Is the Babel Bike the World’s Safest ? 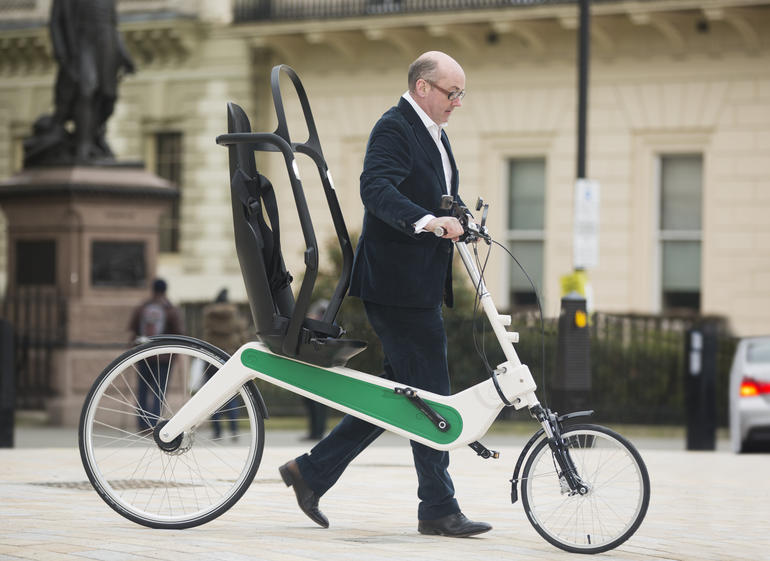 Some folks in the UK believe they have what it takes to build the world’s safest bike.

Curiously, though, they’ve chosen to call it, the Babel Bike, something we hope doesn’t meet a similar fate to the biblical tower which once bore the same name.

The London-based Crispin Sinclair Innovation has set about creating the world’s safest bike, by offering such features as a protective cage around the rider.

The Babel Bike is a semi-recumbent design, which features a roll cage and other safety measures that include a seat belt, steel foot protectors, a car horn, rearview mirrors, and a lighting package that includes automatically-activated head- and tail lights, turn indicators, hazard lights and brake lights. And, it will be available in both pedal-electric and fully human-powered models.

As testament to its safety, CSI claims that prototype testing of the Babel Bike demonstrated its ability withstand the impact of a heavy transport truck, by virtue of its design, which is meant to push the bike away from the impact – rather than ending up underneath it like most bike accidents.

Some of the Babel Bike’s other specs include an 11-speed Shimano hub transmission with Di2 electronic shifting (8-speed hub and mechanical shifting on the non-electric version), an internal sealed drivetrain, Shimano hydraulic brakes, a handlebar smartphone mount, and an optional security package that includes a Kryptonite U-lock which doubles as one half of the foot guard when not in use.

“Safety is crucial for cyclists, as I myself was hit by the side of a left-turning van, who had failed to indicate,” said Sinclair. “I want more people to enjoy cycling but the lack of safety, especially in busy cities, deters them from getting on a bike. Babel Bike is specifically designed to prevent the most common accidents occurred to cyclists, so hopefully it will encourage more people to get pedaling”, says founder Crispin Sinclair.