Is the Cerdan the Next Evolution in Cranksets? 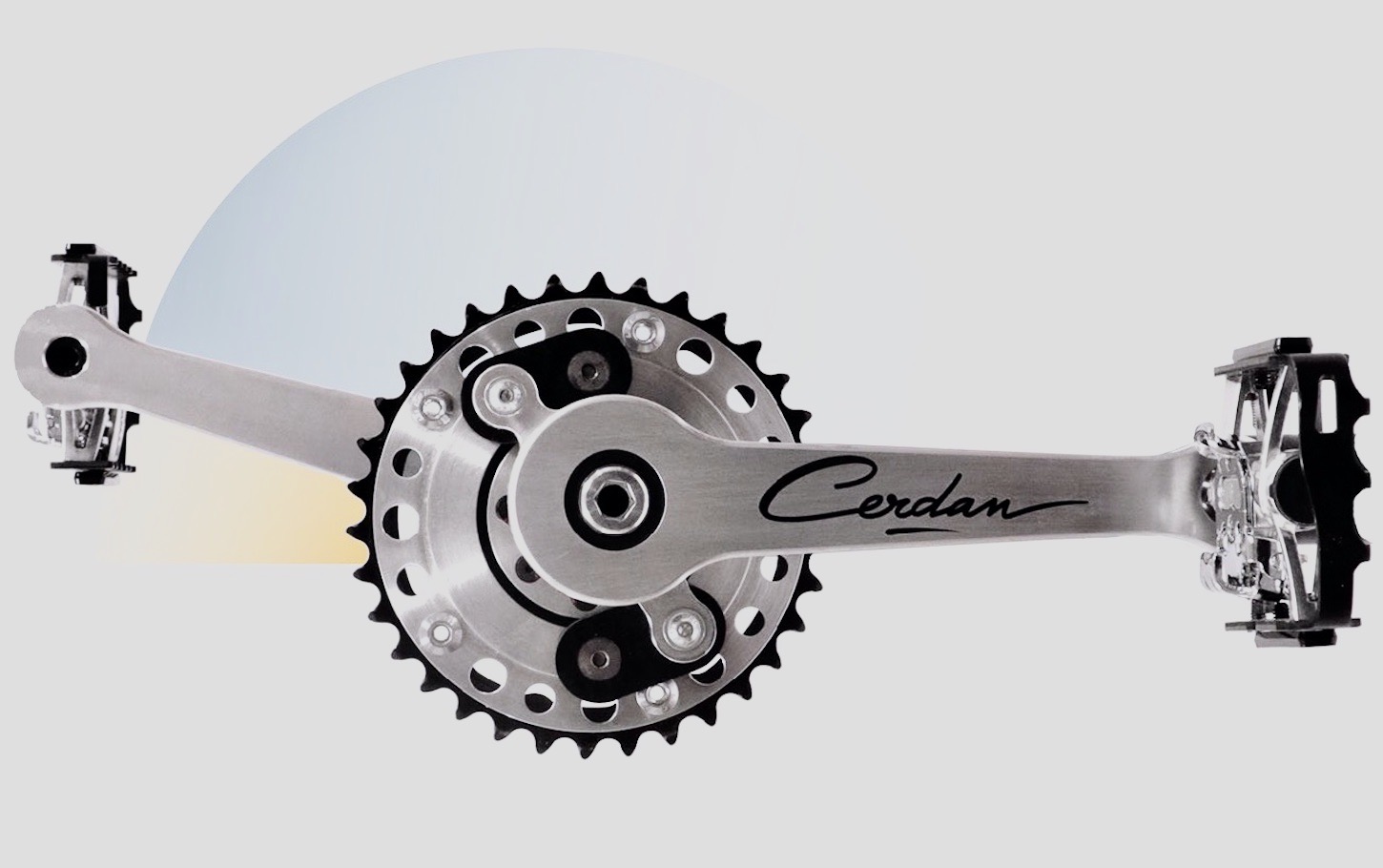 There have been numerous attempts on the part of component manufacturers to eliminate the so-called “dead spot” in pedaling, offering innovative solutions such as elliptical cranksets and ovalized chainrings. But, for one reason or another, very few of these concepts have really gelled with cyclists. However, that hasn’t deterred Jacques Cerdan from developing an offset crankset that bears his name.

Cerdan is a retired engineer with a passion for cycling, who after years of tinkering in his workshop, partnered with Ludovic Boullet in 2017 to bring the Cerdan crankset to life.

The system works by eliminating the top dead center of the rider’s pedal stroke by positioning the top pedal a couple of inches forward, allowing the rider to avoid that difficult first stroke, while the two pedals later realign when they’re horizontal.

“The crankset undeniably offers comfort for the joints when restarting even with a bike loaded with travel bags,’  says Barbara Buatois, recumbent bike world champion. The fact that there is no dead zone also allows for a high pedaling rate and a gain in power.”