Is the MÜV the Future of Micromobility? 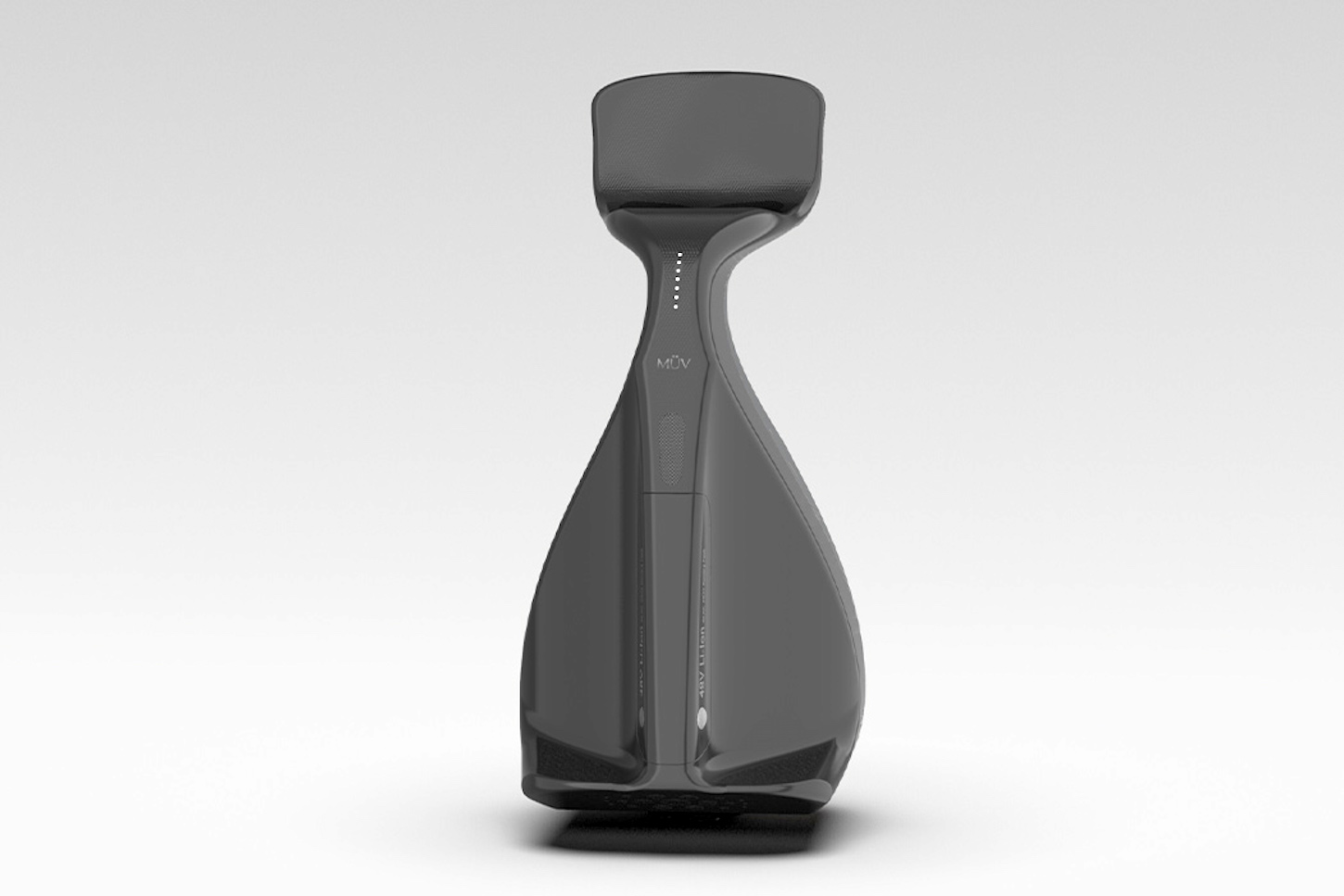 27 May 2020
By Lord Velo - In FEATURED ARTICLES, LATEST ARTICLES, THE DOUBLE DIAMOND

Indeed, the MÜV has been designed with the latest robotics self-balancing technologies to give the rider intuitive navigational control so he or she can ride with ease. Moreover, it’s fitted with a spherical drive system that gives it its distinctive omnidirectional maneuverable abilities that lets the rider lean, twist or tilt in any direction while the vehicle gently follows.

“To evolve the way people move by spreading joy and ease of movement. The primary goals were improved safety, comfort, aesthetics and maneuverability. Additional details such as range, affordability, and overall user-friendliness were also important factors that had to be considered. It is charged wirelessly, unlike traditional competitor products, which makes it portable and convenient,” say the designers of the MÜV.

Safety and comfort were the key factors when developing the MÜV, which feature footrests for when the rider is cruising with adequate clearance, along with multiple sensors and advanced control algorithms that collect the physical rotation/translatory intention data to make sure the vehicle adapts to the rider’s moves for effortless control.

Additionally, the MÜV is equipped with a modern chair that blends in with the rest of its body, while the rest of the ergonomics give the rider a sense of its sturdy, robust and reliable form.

The MÜV is built using two major housing casings that are both made of polyamide (nylon) reinforced with fiber-glass, while each is injection-molded in one single operation. Also, the metallic painting on the convex form reflects its surroundings, adding a sense of slenderness, while black and titanium compliment its flowing lines.

Its a two-tone color scheme also creates a minimalist, yet striking design, which features a front panel in semi-matte obsidian black to convey a sense of utilitarian ruggedness yet remaining sporty and modern, along with a sleek titanium painted finish back panel.

To reduce bulkiness, the interior dead space is minimized by organizing printed circuit boards, fans, filters, and motors tightly together without compromising any functionality.

“The MÜV gives the freedom of movement to the elderly and disabled demographic who can’t drive, won’t have to depend on someone to push the wheelchair, and wouldn’t require the strain of walking using walkers/canes. This allows for more fluid and safe movement giving them a chance to live independently,” add the designers.

Other features of the MÜV are a wireless charging pad that also doubles as a stable resting pad during stops, a sleep mode to conserve power and a lithium-ion battery pack with an LED power indicator that can easily be swapped out or recharged on-board via the charging pad that’s connected to the vehicle’s charging dock.

So where can you buy one?

Well, as mentioned, the MÜV is a concept vehicle that has yet to make production. But, it does leave us wondering if it represents the future of micromobility?