Is the UCI Approaching a Sportswashing Crossroads? 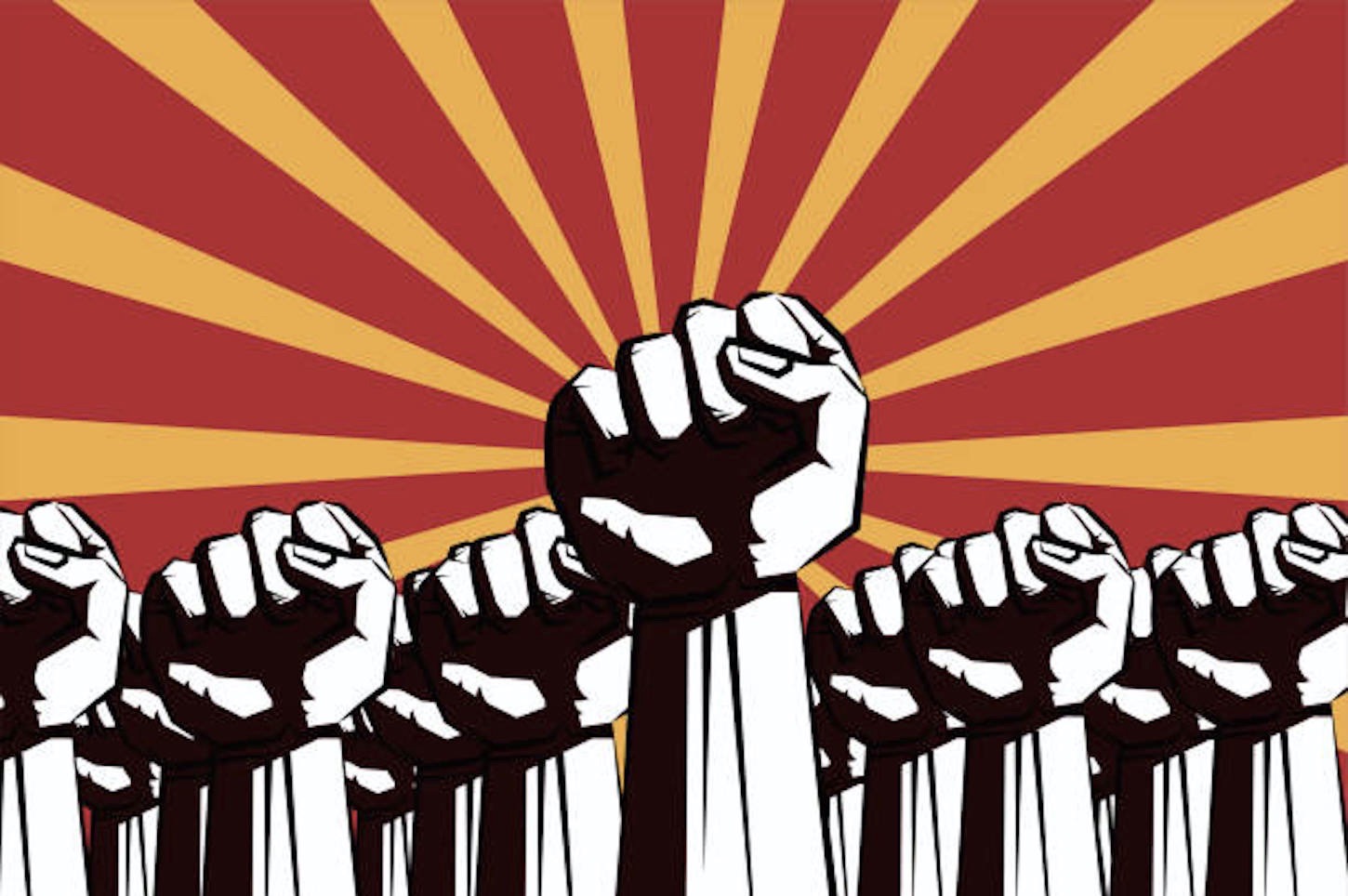 The collective focus of professional cycling is transfixed on this week’s world road championships in the Flanders region of Belgium, the spiritual heart of European road racing. Cycling’s best riders are going all-out for the honor of competing for a world champion’s rainbow jersey. Meanwhile, behind the scenes and among other sporting topics, the UCI will be debating venues for future world championships. Some of the winning bids will be announced before the week is over.

One of the likely future venues could represent the first-ever UCI road worlds to be held on African soil, as Rwanda’s bid appears to be the frontrunner for the 2025 slot. This is not entirely unexpected. Bicycles are a primary source of transportation and commerce in Africa, and Rwanda has hosted one of the longest-lived and most respected stage races on the continent, with tough terrain, a reputation for hospitality and big crowds. Racing and investment in competitive cycling have paid big dividends for Rwanda, with significant impacts well beyond the country’s cycling federation.

Homegrown stars have cut their teeth at the Tour du Rwanda and inspired many more to start racing; some, like Adrien Niyonshuti, made it into the UCI WorldTour. The 2012 film Rising From Ashes memorialized the growth of Rwandan cycling. The road and infrastructure improvements that have made its national tour a success have also showcased the country’s interest and capability of doing business with a wider international audience. Bicycles have helped Rwanda become an economic powerhouse, with robust commerce and natural resource opportunities, an emerging middle class and an information technology and business infrastructure that make it a favorable hub for African trade partnerships and international investment ventures.

But that success has come with complications. Rwanda’s relative stability over the last 27 years, since a civil war and a horrific genocide nearly destroyed the country, has been referred to as both a blessing and a curse. The country’s peacekeeping and reconstruction has been remarkable, especially in a region beset by centuries-old tribal and ethnic conflict. The fact that peaceful elections can be held in a Central African nation that survived a brutal civil war is a remarkable achievement.

However, incumbent multiterm president Paul Kagame, the Machiavellian, U.S.-trained military genius who led his rebel army to victory and ended the genocide, has ruled the country de facto with an iron will since 1994 and de jure since 2000. After he conquered the capital Kigali in July of 1994 ethnic and political killings continued, as documented by the late Alison Des Forges for Human Rights Watch and by the United Nation’s commanding officers on the ground, Belgian Luc Marchal and Canadian Roméo Dallaire. Many of the killings were allegedly ordered by Kagame himself.

Political dissent has been tightly controlled, elections are staged with token opposition and freedom of the press has been restricted ever since. There have been more than a dozen suspected assassinations of Rwandan dissidents at home and abroad since 1995. (As if to underline the point, just this week, Paul Rusesabagina, whose story was told in the Oscar-nominated movie Hotel Rwanda, was sentenced to 25 years in jail on what have been condemned as bogus terrorist charges, a case that has drawn international condemnation and led to more than 30 U.S. senators calling upon Kagame for Rusesabagina’s release.) The semblance of a progressive society is seen by many international observers as “marketing” or “reputation laundering,” and like many African strongmen Kagame has essentially organized a military-backed autocracy that has kept him in supreme power for three decades.

In some ways, awarding the worlds to Rwanda would constitute a bold step forward in cycling’s internationalization, finally putting sub-Saharan Africa squarely in the sport’s limelight. An event like the world championships would have the potential to enliven and develop African cycling culture well beyond Rwanda’s borders, similar to the way in which the 1994 worlds helped Colombia’s rise to becoming one of the sport’s powerhouse nations.

In other ways, however, a Rwanda worlds would constitute a naked attempt at sportswashing, comparable with Turkmenistan’s and Belarus’ recent attempts to stage international cycling events. It would have been a travesty had either of those dictatorships been successful—because the UCI is an international sporting body that seeks to inspire the Olympic ideal of fairness, freedom and peaceful competition in its member nations. Likewise, staging a Rwanda worlds could telegraph a blatant disregard for international democratic standards and human rights, and it could potentially damage the UCI’s credibility and cycling in general.

The Outer Line has tackled the controversial topic of sportswashing on two previous occasions, and this impending situation will be no less contentious. In our first exploration, we examined the WorldTour team and race organization footprints of Bahrain, United Arab Emirates and Kazakhstan, countries that have dubious human rights records and big stakes in pro cycling. In each case, the country has sought to improve its profile on the world stage by hosting events or landing victories in cycling’s biggest races. As opposed to a sponsor seeking new customers for its products or services, these nations seek investors, business partnerships and international credibility. The UAE, for example, touts itself as the next big global IT venture capital hub and incubator, though simultaneously restricting free speech, political expression and women’s rights, and even fomenting ethnic and religious violence in the Yemeni conflict across the Saudi border.

In another article, we examined how international sporting bodies like the UCI can better identify and recognize the harm from sportswashing and adopt policies that can help to prevent it from happening. The simplest solution would be for the UCI to explicitly embed fundamental human rights in a formal charter revision. The United Nations published a general charter for Human Rights by which its endorsed organizations like the International Olympic Committee (and by extension, the UCI) must abide. These guidelines provide a legal recourse in international law to hold sporting bodies accountable for their actions and to punish abuses where applicable. However, with limited power to enforce these statutes, there has been only limited success—including FIFA reforms in the wake of the Qatar 2022 World Cup organization’s migrant worker abuses and the repatriation case of dissident Bahraini footballer Hakeem al-Araibi.

While these articles focused attention on the impact of sportswashing in pro cycling, there is no direct way to influence or moderate these types of situations until the UCI takes a decisive stance on the issue. In 2020 and 2021, international pressure (due to grave human rights abuses in Turkmenistan and Belarus) forced the UCI to ultimately cancel events in both countries (although blame was also placed on the current Covid-19 pandemic). However, the same human rights issues will continue to arise for cycling and for international sports in general. Last year, anti-LGBTQ legislation in Arkansas (host of the upcoming cyclocross worlds) raised exactly the same issues as the UAE’s documented dehumanization of the trans and gay communities. Arkansas’ laws passed after the ’cross worlds were awarded, but despite widespread criticism the UCI has communicated no position regarding potential repercussions of holding or plans for moving the Bentonville event.

Rwanda’s successful bid for the road worlds—whether it occurs in 2025 or in a following edition—is likely to prove no less problematic. For the UCI and Rwanda, it represents an opportunity to accelerate their perceived “globalization.” And anyone who runs counter to this narrative of “improving the world through sport” is likely to be marginalized as being luddite, anti-cycling or even racist toward the ambitions of a rising black African nation. But at this crucial moment, UCI president David Lappartient’s vision of a global sport could also take a dark sportswashing turn.

In Rwanda, Lappartient has a perfect partner to advance an expansive agenda. A successful worlds on African soil would contribute to his legacy as a global sports executive—helping to set him up for a long run in the UCI presidency or maybe even an elusive IOC vice presidency appointment. Lappartient had nothing to lose by yielding to popular international human rights sentiment over Turkmenistan and Belarus, but he may gain several advantages by ratifying the Rwanda bid. Why the paradox?

Rwanda has been grooming the international community for opportunities like the UCI worlds for over 10 years. It has spent millions of dollars with PR firms like Acanchi, Portland and Racepoint Group in rebranding, international relations and marketing strategies to soften the country’s autocratic edges, mute its critics and present a tolerant, democratic and pro-business image to the world. While Turkmenistan’s UCI push was sycophantic at best, and Belarus has become a fascist pariah state in Europe, the Tour du Rwanda is a major UCI partnership success story.

Rwanda’s cycling federation has created an opportunity for the country to continue its rebranding and step out onto the world stage, to invite capital investment, tourism and good will. But in turn the UCI worlds would help Kagame gloss over his regime’s questionable human rights record by presenting a carefully tailored reimagining of Rwanda to fans in a sport that has one of the most sophisticated, Western-influenced and wealthy bases in the Olympic portfolio.

By virtue of its investments in the sport and genuine application of cycling as an infrastructure and economic vehicle, Rwanda should get its world championships. With due respect to Kenya native Chris Froome, South African Doug Ryder’s Qhubeka program, and various South African and Eritrean champions, African cycling deserves its long-overdue spotlight. But Kagame—like Gurbanguly Berdimuhamedow of Turkmenistan or Alexander Lukashenko of Belarus—could utilize the event to reinforce his political entrenchment. Lappartient and the UCI’s executive committee face a tough decision here and they must strive for balance between growth and internationalization of the sport versus charges of political and social insensitivity.

A Rwanda worlds could place the sport at a disadvantaged crossroads. Cycling’s economics are almost completely driven by sponsorships, and staging the UCI’s highest profile event in an autocratic state could do more harm than good. The Olympic ideal is based on the assumption that sport is a uniting force. Perhaps the best outcome is that the UCI could finally embed human rights in its charter and then leverage the worlds as an international bargaining chip, to entice Rwanda to reform its human rights record and inspire social and political change elsewhere. Otherwise, that “investment window into Africa” that the world road championships could open might benefit Kagame and strengthen his grip on Rwanda but could come at the expense of the UCI and the sport of professional cycling.