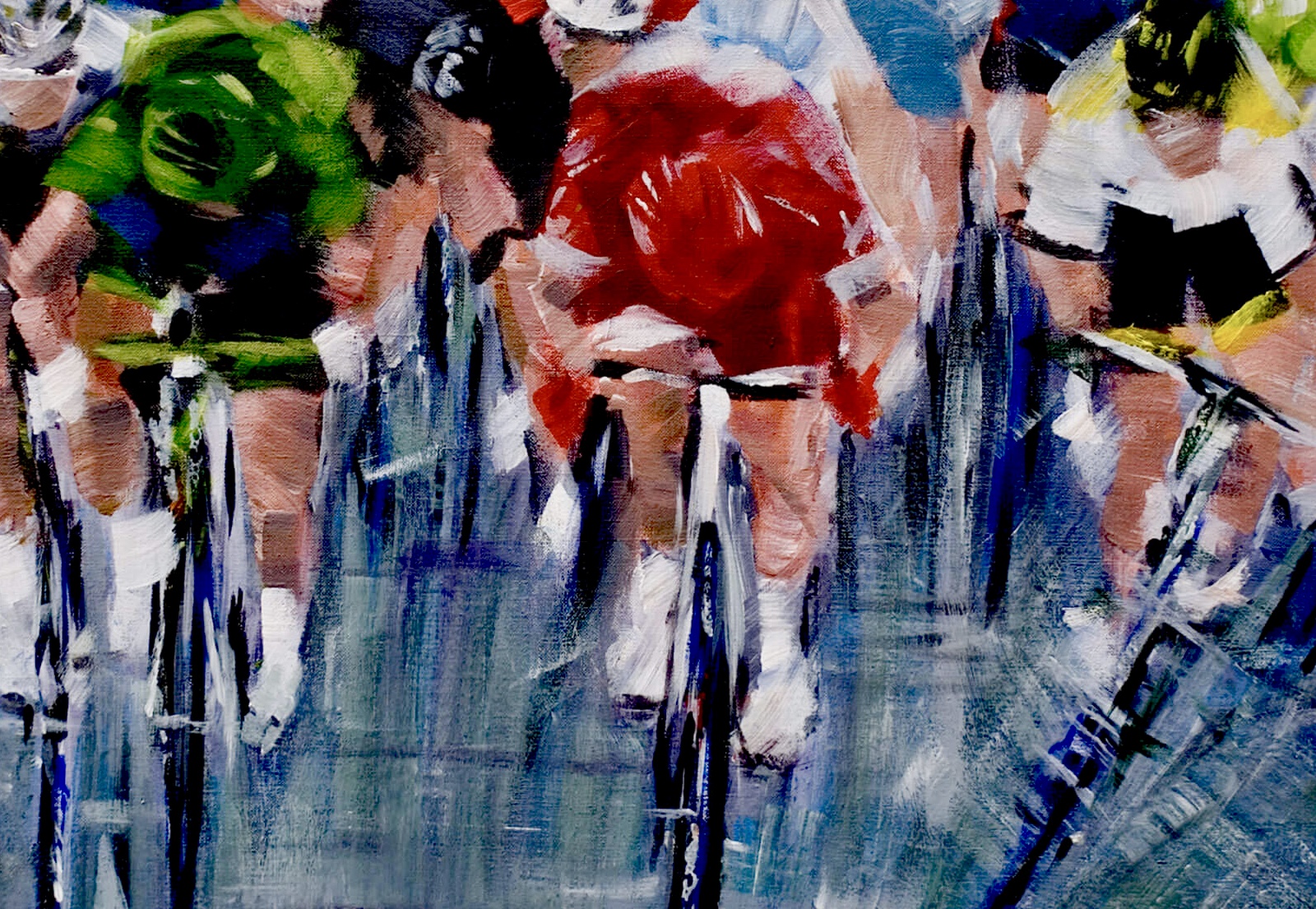 Timekeeping in cycling requires both an extraordinary versatility and an absolute understanding of the sport and its many disciplines. Inside a velodrome or in the great outdoors, through stage races or at one-day events: with standings based on elaborate point systems or relying on extremely precise timekeeping, Tissot has been involved in cycling for decades and thus solidified its position as a key partner for the UCI. It operates on leading events all around the world.

In the controlled environment of a velodrome, riders constantly push their own limits and those of the timekeepers, with world records routinely beaten by milliseconds and medals often awarded by the slightest margins.

The 2020 UCI Track Cycling World Championships offered many examples, with a handful of new world records and some crazily tight racing in Berlin (Germany). In the final of the Men’s keirin, six sprinters stormed to the line simultaneously, with less than four hundredths of a second separating the gold medal winner Harrie Lavreysen (NED) and his Japanese runner-up, Yuta Wakimoto. In the Women’s 500m time trial, riders rode one by one but the gaps were even tighter, with Pauline Grabosch missing out on the podium (4th) despite only trailing by six hundredths of a second behind the best time and less than one hundredth of a second behind the bronze medallist.

“The diversity of events makes this sport one of the most complex,” officials acknowledge. Operating in a velodrome requires high-end equipment: starting gates, transponders, photo finish cameras… and more classic elements such as the finish bell to ring for the last lap.

With pedaling beasts storming to the finish as fast as humanly possible, the UCI Regulations state that “times shall be taken to the thousandth of a second”. At a speed of 60km/h, easily achieved by sprinters, that represents a distance of less than 2cm.

Tissot is even more precise than these standards. Its Myria camera takes up to 10,000 shots per second to provide the photo finish (which translates to a distance of less than 2mm when riders are speeding at 60km/h). And the Quantum Timer, connected to transponders on the bikes, can provide a precision of 1/100,000s.

Road racing can require similar levels of precision but in an open – and thus much more hazardous – environment. In accordance with the UCI Regulations, “timekeeping shall be conducted at several points along the distance, so distributed as to ensure that riders and spectators alike are continually informed of the progress of the race”. Also, “finishing times shall be taken to the nearest one-tenth of a second at least”, and even “the nearest one-hundredth of a second” for UCI WorldTour events and UCI Road World Championships.

Transponders set on the riders’ bikes help assess their position in the race and their order of passage at a specific point such as a King of the Mountains summit or an intermediate sprint. But when two riders are extremely close, the order can be switched. Then the photo-finish camera, Myria, comes in handy again in the great outdoors. The photo finish built with the pictures taken every 1/10,000s allows for a review of the passing of each rider, one by one, to confirm and edit the results provided through transponders.

Timekeeping also needs to cater for the specificities of road racing, such as the “3km rule” (art 2.6.027 of the UCI Regulations regarding “the case of a duly noted incident in the last three kilometers of a road race stage”), and the time trial events.

With Tissot’s precision, timekeeping has drastically changed – and improved – since Nicolas Frantz, André Leducq and Victor Fontan wore the Maillot Jaune simultaneously as joint leaders of the 1929 Tour de France.

The Swiss watchmaker (whose abilities extend to disciplines such as basketball, ice hockey, MotoGP and many others) may be best known for its input at track competitions, as the title sponsor for the Tissot UCI Track Cycling World Cup and the presenting sponsor for the UCI Track World Championships and the attempts at the UCI Hour Record. But as the relationship expanded way beyond the interior of the velodromes, Tissot, already a long-standing UCI partner, became the first “UCI World Cycling Partner” in 2017.

The company provides its timing services for all UCI World Championships for four of cycling’s Olympic disciplines: road, track, mountain bike and BMX Racing. Each discipline, with its distinct sub-disciplines, rules and environments, requires a different set of abilities. With decades of experience, Tissot has mastered the challenges posed by professional cycling to quickly provide accurate results in any circumstance.

Tissot and the UCI are not only neighbors, with some 75km separating their headquarters in the Swiss mountains, they’re both driven by a quest for innovation and reliability. And it proves essential when UCI World or Olympic titles are awarded for athletes’ performances separated by tiny fractions of seconds, with the help of Tissot’s technology.