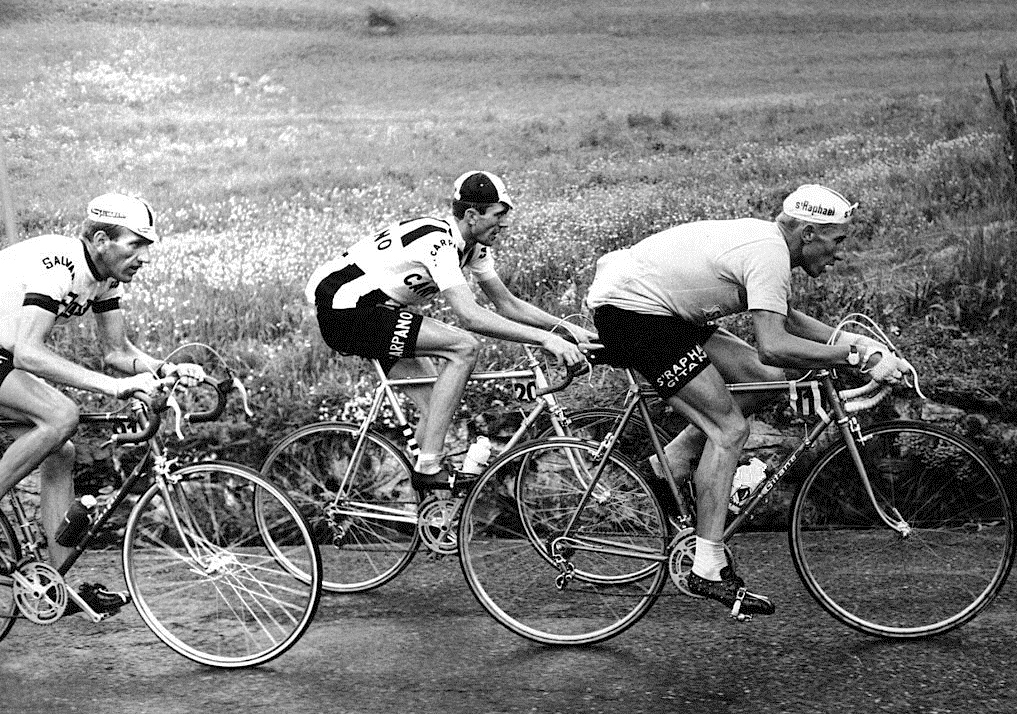 A belated happy birthday to Italo Zilioli, who was born on September 24, 1941.

The Italian rider is best known for his podium finishes in the Giro d’Italia, finishing in 2nd place in the 1964, 1965 and 1966 races behind Jacques Anquetil, Vittorio Adorni and Gianni Motta respectively.

Zilioli also has one Tour de France stage victory to his credit as well, after winning stage 2 in the 1970 race.

Zilioli currently lives in the province of Cuneo (Piedmont) and is annually involved with the start of each year’s Giro d’Italia.