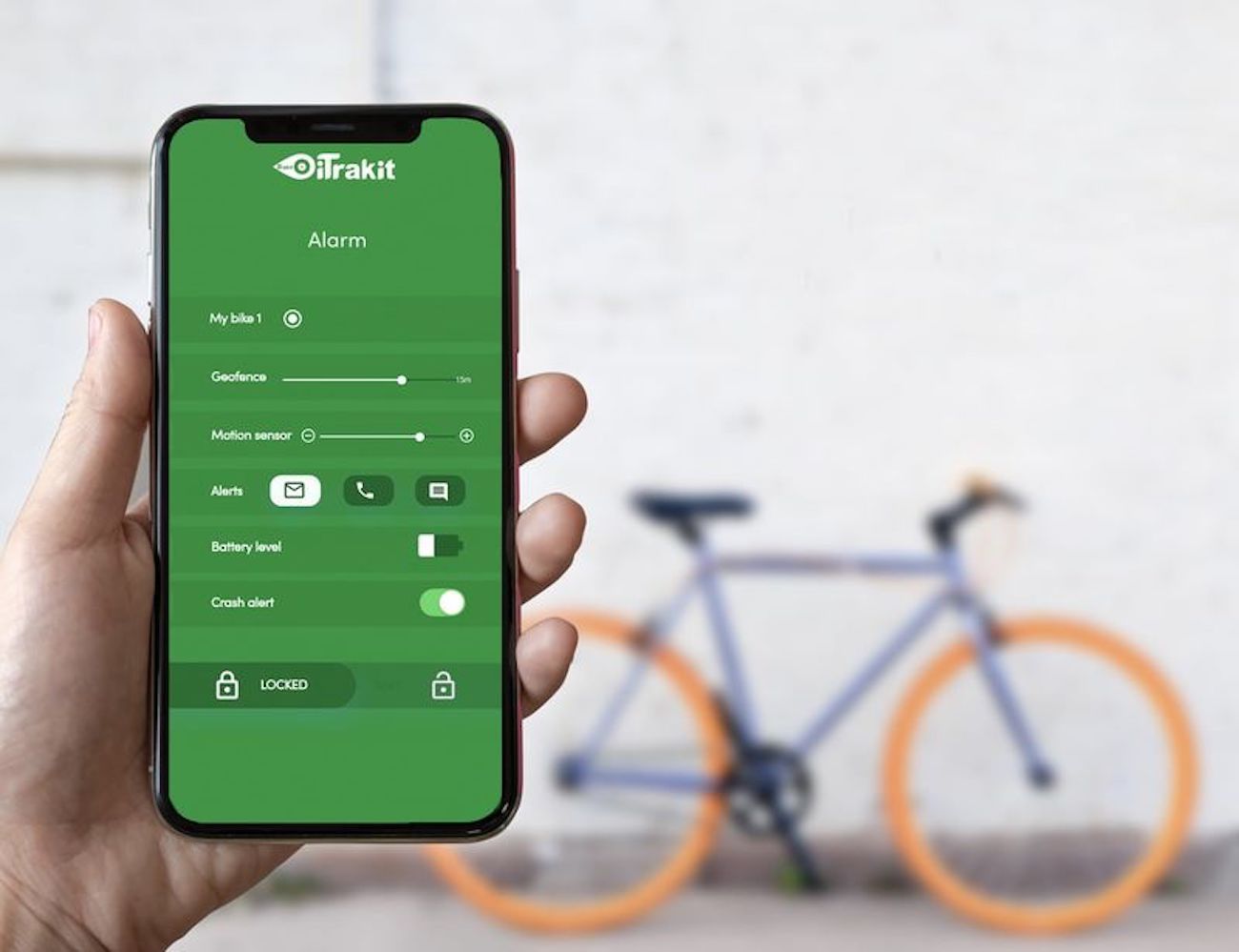 The iTrakit GPS bike tracker is a connected solution for cyclists that offers a way to keep their bicycle secure at all times and avoid potential theft or damage.

The tracker works by being embedded into the frame of a bike, which makes it a discreet solution that won’t detract from the overall aesthetic of a bicycle The unit utilizes GPS and cellular technology to continuously track the bike directly from the user’s smartphone to keep them connected to it at all times, even when it’s left unattended for extended periods.

The iTrakit can provide up to one year of use thanks to the internal battery pack, and also features a motion and tamper sensor to alert riders to potential issues as soon as they occur.

The 100g tracker fits inside the bicycle frame and can only be removed using a special tool. Unlike other trackers available, the device provides a super-long, one-year battery life and a year’s worth of internet connection is included in the price, with a low-cost monthly subscription from the second year.

Simple set up and theft alerts

Once the app is launched, create a bike profile, adding a picture of your bike, the frame number, and details such as make and model, then pair it to the GPS and activate the tracker if you leave your bike unattended. If the device senses motion, you’ll immediately get an alert sent to you phone. Then the GPS kicks in and you’ll be able to track your bike via the wonder of Google Maps. This includes most urban areas of the UK and North American cities.

Most tracker devices either have a limited range, need to use Bluetooth and stay within 200ft of the user, or they will need charging every week or a combination of these. However, iTrakit has developed a solution that means cyclists can virtually forget the device is in their frame until the unit alerts you to low battery power after 12 months of use.

The iTrakit has launched its new device through the crowdfunding platform Indiegogo, wherein the designers are offering special incentives to early-backers.