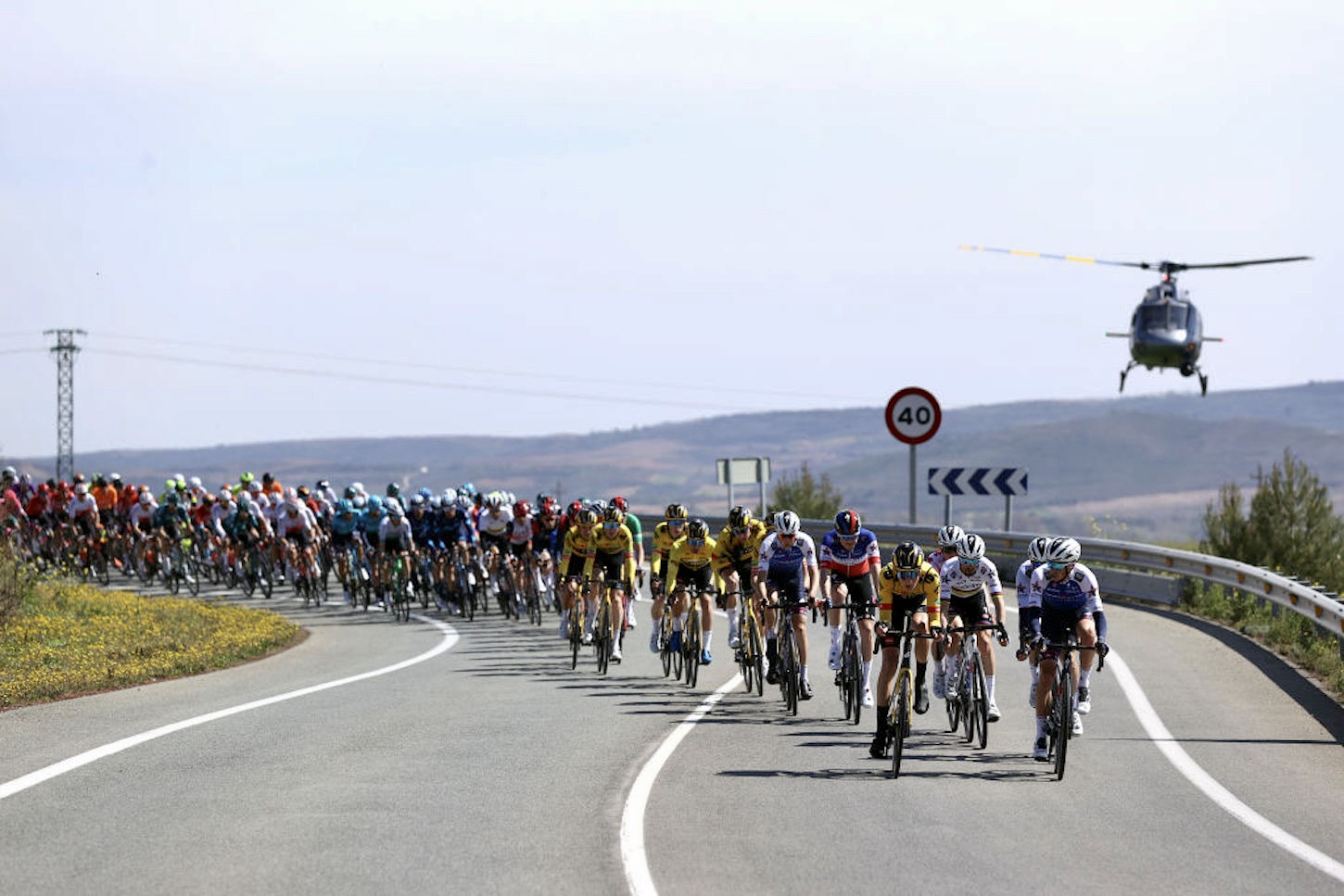 Current World Champion Julian Alaphilippe (QuickStep-AlphaVinyl) soared to his first victory of 2022 in the uphill finish of stage 2 of Itzulia Basque Country today, powering away from a Remco Evenepoel lead out to beat Fabien Doubey (TotalEnergies) and Quinten Hermans (Intermarché-Wanty-Gobert) to the line.

Four fugitives, one from each Spanish wildcard team, escaped on the opening climb. Ibon Ruiz of Equipo Kern Pharma was first to the top of Cat. 3 Uitzi and Cat. 2 Lizarraga and would relieve Remco Evenepoel of the polka-dot jersey. First Roglič’s Jumbo-Visma chased and then Evenepoel’s Quick Step pursued the quartet. Moves from the peloton on the last half of the last categorized climb reeled the the breakaway in closer.

On the final climb of the day the pace slowed down and the doubts started to come. The peloton was 2 minutes behind with 11 kilometers to go as Ruiz took off the front after the group failed to collaborate well. The Kern Pharma rider rode solo until the finish almost, as his gap seemed good for the win, but quickly faded in the final kilometers, until he was caught with around 500 meters to go.

Evenepoel led the peloton in the final kilometer for Alaphilippe, who launched his sprint at the entrance of the final straight with a slight uphill dash for the line which proved itself successful, as the Frenchman took the win ahead of Doubey and Hermans.