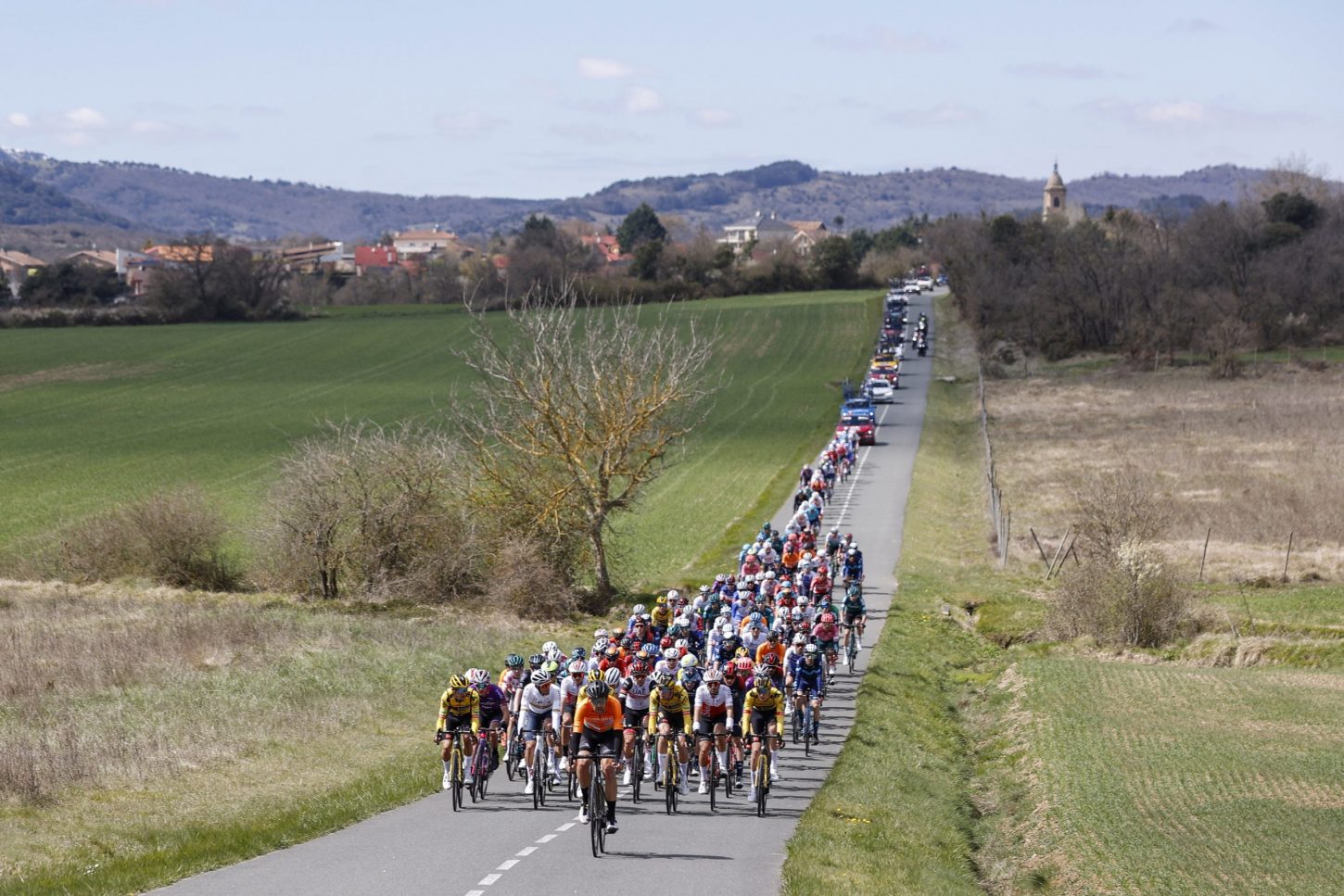 Pello Bilbao (Bahrain Victorious) claimed stage 3 of Itzulia Basque Country today, edging out Julian Alaphilippe (QuickStep-AlphaVinyl) by half a wheel length on the final uphill drag to the line in Amurrio.

The Basque rider triumphed just 50km from his hometown of Gernika following an attacking display in the closing kilometers of the hilly 181.7km stage. Meanwhile, Aleksandr Vlasov (Bora-Hansgrohe) rounded out the podium to grab a four-second time bonus.

From there, the Spanish rider remained out front until he was reined with 17 kilometers to go.

As INEOS set the pace for the final climbs, Adam Yates animated things with a bold acceleration, quickly blowing the the peloton apart.

Despite the damage caused by Yates, several riders managed to get on terms with the British rider after the summit with 22.5 kilometers to go.

Several attacks followed, mainly sparked by Remco Evenepoel (QuickStep-AlphaVinyl) who tried to go solo several times, but to no avail.

With 5 kilometers to go, Bilbao attacked a handful of times over the final hilltop, taking Enric Mas (Movistar) and Jonas Vingegaard (Jumbo-Visma) with him as the gradients hit almost 10%.

However, the trio failed to establish much of an advantage, as the peloton regrouped after the summit.

Shortly thereafter, Evenepoel took to the front again with 1500 meters to go, pulling off just before the final straight, leaving Alaphilippe to finish the job on the last uphill drag.

The world champion looked poised to seize the stage honors in similar fashion as yesterday’s win, but the French rider’s hopes were dashed by Bilbao at the line.