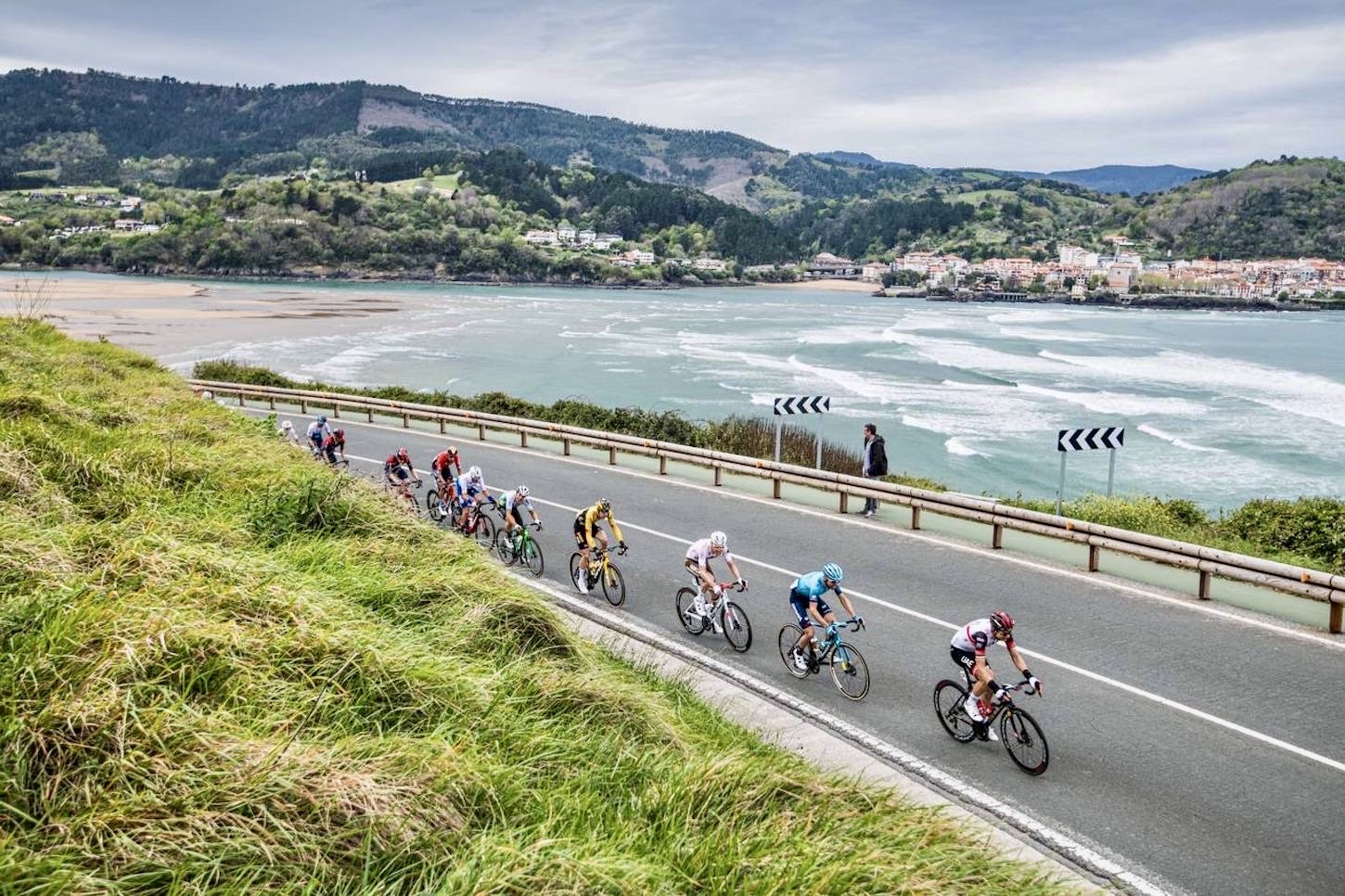 The Spanish rider was the final survivor of the day’s breakaway group, who barely held-off a fast approaching peloton to claim his first victory as a pro.

Meanwhile, Remco Evenepoel (Quick-Step Alpha Vinyl) moved into the overall race lead, after the Belgian rider attacked on the last classified climb of the day to finish in third place.

There were no Category 1 climbs featured in today’s 163.76 kilometer stage. Instead there were a number of punchy hills that culminated into a final 500 meter ascent that was punctuated by a brutal 20% gradient.

Bilbao was dropped about 20 kilometers later, while the remaining sextet forged ahead. However, it wasn’t long before Kuss and Samitier were dropped from the group as well, while Hamilton was forced to abandon as the result of a crash.

Elissonde was the final rider to be dropped from the break, leaving just Rodríguez and Soler alone up the road with a sizable advantage of around four minutes. But, Rodríguez later jettisoned Soler, setting-off alone in quest of victory.

As the race reached the final classified climb of the day, the Karabieta, Evenepoel decided to ignite things back in the chase with a bold attack, a move that was quickly followed by Jonas Vingegaard (Jumbo-Visma), Dani Martínez (Ineos Grenadiers), Pello Bilbao (Bahrain-Victorious), Enric Mas (Movistar), Ion Izagirre (Cofidis) and Aleksandr Vlasov (Bora-Hansgrohe), while race leader Primož Roglič (Jumbo-Visma) languished back in the bunch.

With 5 kilometers to go, Rodríguez was still clinging to a 40 second lead. But, his gap steadily fell as he headed toward the final uphill finish.

Still, the Ineos Grenadiers rider managed to hang-on to and claim the stage honors, while a battle for second place got underway back in the chase

Both Vingegaard and Vlasov appeared to have slipped on the final stretch of cobbles that caused them to come unclipped, allowing Martínez to power away from the group and seize second place.

Thanks to bonus seconds, Evenepoel now leads the race ahead of Martínez in second.

In the meantime, Roglič came in 1:15 behind Rodríguez, causing the Slovenian rider to slip to eighth overall.