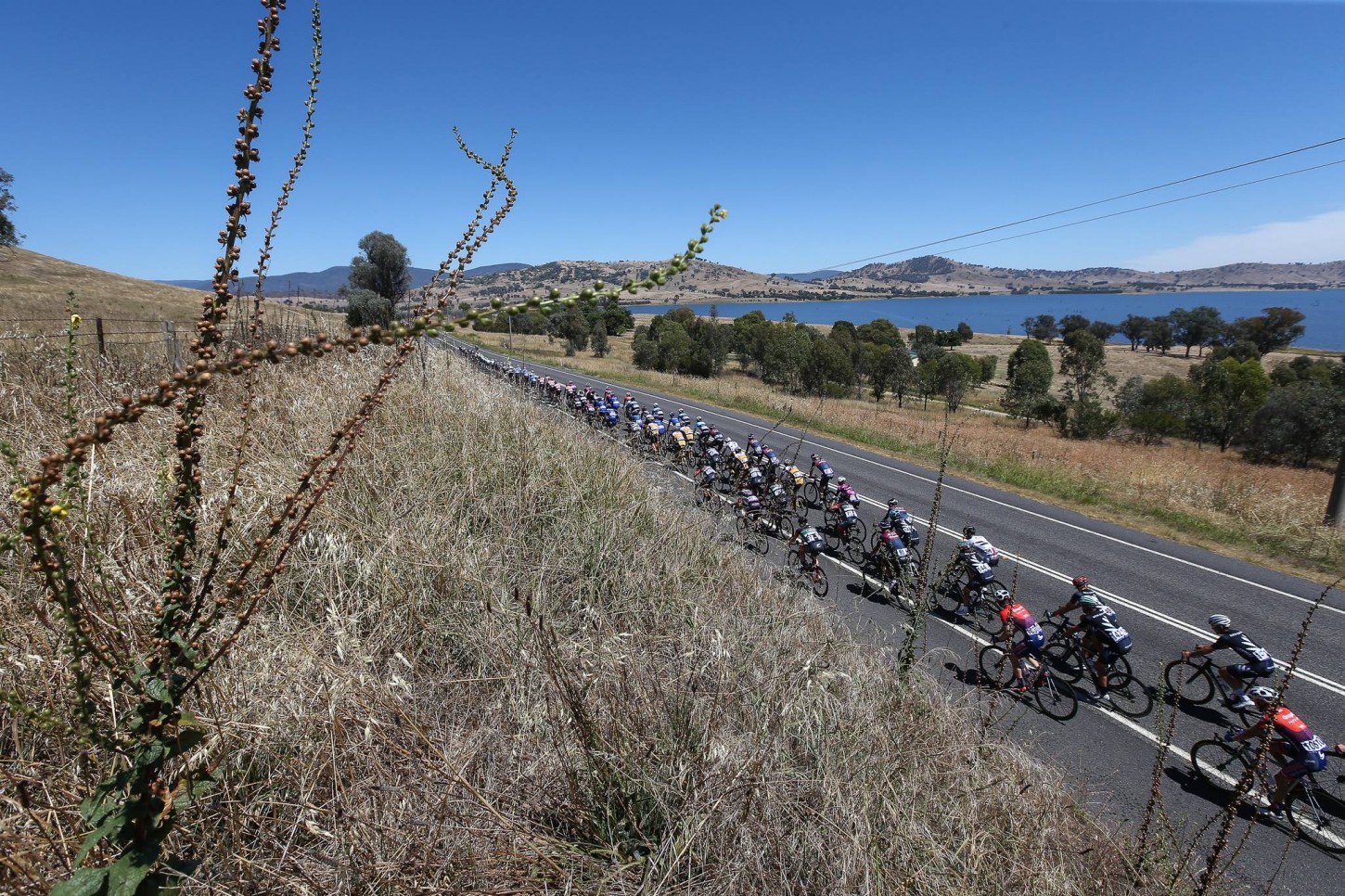 Luke Rowe has earned some redemption for Team Sky, claiming a Stage 2 solo victory at the 2017 Jayco Herald Sun Tour, on a drama-filled 165.6km day of racing.

Rowe, part of a 10-man breakaway which dominated proceedings, stayed away in spite of the tough climb into Stanley within the last 20km heading to the finish in Beechworth. Conor Dunne (Aqua Blue Sport) was second, 33 seconds in arrears while American Tanner Putt (UnitedHealthcare) was third a further 23 seconds back. His attack on the group came just ahead of the start of the KOM, and the break instantly fractured.

In what was a chaotic final 20km, Damien Howson (ORICA-Scott) was able to retain his overall lead with no change to the top three riders. Cameron Meyer (KordaMentha Australian National Team) finishing in sixth place for the stage (+1min08sec) moved into fourth on the general classification, while defending champion Chris Froome (Team Sky) remains at 1min12sec behind Howson but moves down to sixth overall.

Rowe, whose win on Friday adds to Team Sky’s haul for the 2017 Jayco Herald Sun Tour after Danny van Poppel claimed honours in Wednesday night’s prologue said that the victory was “a long time coming” nearly five years on from his last taste of individual success.

“We said at the end of last year that it was about time I won something,” the Welshman explained. “It’s kind of surreal putting your hands in the air again and going through the winning motions when you spend most of your time working for others. When you get half an opportunity you’ve got to take it and that’s exactly what I did today.”

Rowe won’t have long to savor today’s win. He’ll be back on domestique duties for van Poppel on Saturday with a sprint finish expected into Mitchelton Winery.

“Back to duties,” the 26-year-old confirmed. “It doesn’t last for a long this fame and glamour. Back to the grind tomorrow and I’ll box on with Danny and we’ll try and drop him off in the perfect place.”

A 10-man breakaway was finally able leave to the confines of the peloton after 45km of racing, the stage having departed from Mount Beauty in the shadow of Falls Creek.

The move allowed Kauffmann easy access to the two intermediate sprints and so the former rugby union player was able to retain his lead in the points classification and his time in the Metro Trains green jersey will continue for another day.

The gap maxed out at 5:20 and as the peloton reached the 25km to go mark, the breakaway’s advantage was still at 4:14. It was clear that this was a day where they stood every chance of not being consumed by the efforts of their chasers.

Rowe’s move came within sight of the start of the KOM, with Taylor the first man to be dropped. The Team Sky rider was shortly followed by Kauffman. Dunne, Putt and Katsonis with the remnants of the breakaway splintering.

With 10km to go, the gap sat at just over a minute but chaos was unfolding further back with Howson suffering a front wheel puncture. Teammate Mitch Docker switched out his for the team leader before a huge effort ensued to get the yellow jersey back into contention. With Howson 47 seconds behind Froome, ORICA-Scott swung into recovery mode, with Robert Power and Michael Hepburn delivering Howson to Simon Gerrans, who as someone considered a genuine threat for the stage, was forced to disregard any personal ambitions.

It was also at this point that there is some conjecture over whether Froome continued to attack or whether he decided to back off knowing Howson was in trouble in a show of good sportsmanship.

“For us behind in the bunch we obviously wanted to shake things up on the general classification,” Froome explained. “We hit the climb hard. Halfway up we heard that Howson had punctured but by then the race was in full swing and there was no stopping.”

Howson said that it was just a case of “bad luck,” and was hopeful he had used up his quota ahead of the final two stages.

“It’s part of bike racing,” he said. “We’ve seen it in the past and I don’t think it’s going to be the last time. I don’t really know what happened today. All I can control is my own race.”

Howson also described the efforts of teammate Esteban Chaves to help him catch the Froome group with 500 meters left to race as ‘heroic’ but could only laugh after he then dropped his chain 200 meters later, thankfully without further issue. Howson crossed the finish line with his right arm around the Colombian.

“For him to turn the screws today and give everything he had just to retain the yellow jersey in the Herald Sun Tour, I can’t thank him enough,” he said. “On top of him there’s the full team. You cannot fault any of their efforts today.”

Rowe also had help to get to the finish, grateful for the tenacity of Putt nearing the end of the KOM.

“There was a moment where I was sat on the UHC guy [Putt] and there was a few guys behind and I kind of just used him and the gap stayed at a couple of hundred meters … I used him for about a kilometer ” Rowe said. “I knew the last bit was quite steep and so I hit it with a kilometer, a kilometer and a half to go and it was home and dry from there.”