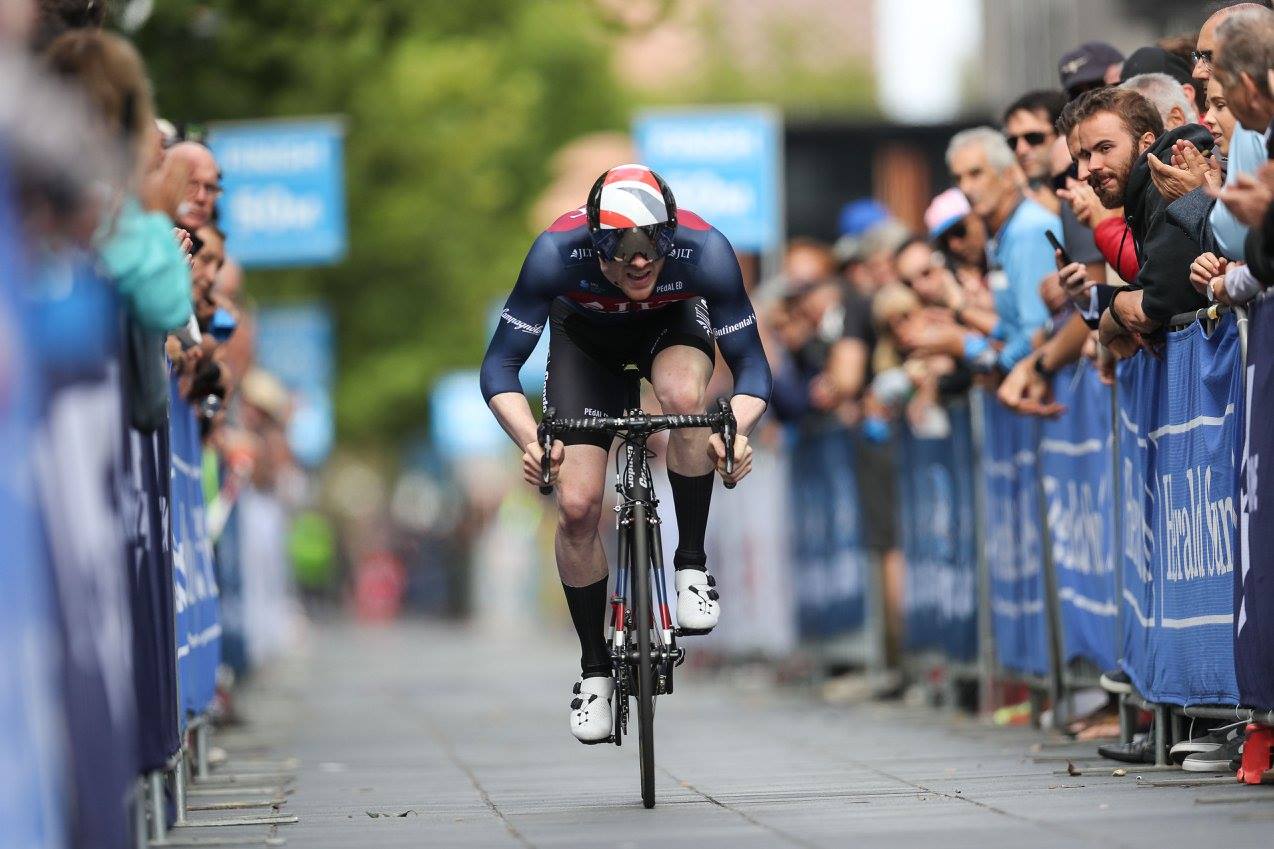 Three-time Olympic gold medallist Ed Clancy OBE (JLT Condor) set a blistering pace of 51 kilometers per hour to take out the 1.6km Beastwear Individual Time Trial, the opening stage of the Jayco Herald Sun Tour in the heart of Melbourne.

On a warm summer’s evening in front of a crowd that lined the barricades from Alexandra Gardens to Southbank, more than 100 of the world’s best riders flew along the banks of the iconic Yarra River in a fast and furious race against the clock.

“People know me from the track,” said Clancy immediately post-race. “I’ve been very fortunate that I have had some great experiences there, but in terms of road racing it’s all been second priority. As soon as I saw on Cycling News that the prologue had been shortened from 2.2 kilometers to 1.6 kilometers immediately my eyes lit up.”

“But when you are sat next to guys like this and you see “Framey” [Alex Frame] and Alex Edmondson, man – I was trying to play it cool but I was getting pretty worried in the last 30 minutes. I am buzzing it’s the biggest thing by far I’ve ever achieved on the road, I’m over the moon,” said Clancy, who won gold for Great Britain in the Team Pursuit at the 2008, ’12 and ’16 Olympic Games.

The win also puts the British rider into the Tour leader’s jersey, and was an emotional victory after the passing of Jason Lowndes, who was set to join the team at JLT Condor. That team and Lowndes 2017 team Israel Cycling Academy wore flashing red lights in tribute to the Australian.

“I’m pretty sure I’m not going to win this race overall come stage three but it’s great to be off to a good start, I’m very happy to represent the team and I’ll try to do the jersey proud tomorrow.”

Reigning Danish national champion Pedersen had mixed feelings after his finish. “Second is always a little bitter. I wanted to win today, but I was beaten by a faster guy – that’s it. So ultimately I have to be happy with my second place,” said Pedersen, who competed in the 2017 Giro d’Italia with his WorldTour team.

“I will keep on fighting. Tomorrow we have a nice stage, we have to push to get the leader’s jersey – there is almost nothing between us, so we have a proper chance to get yellow,” said the 22-year-old.