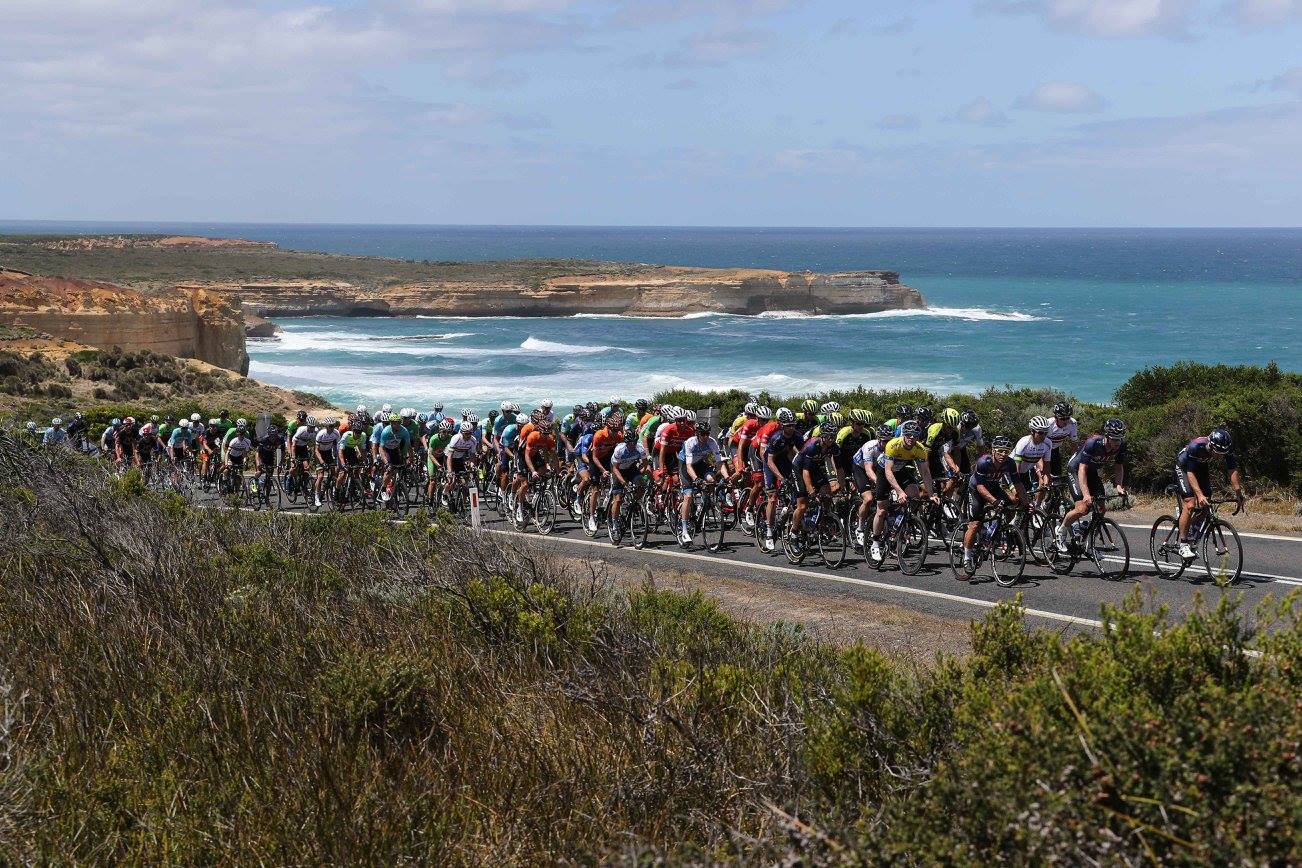 Denmark’s Lasse Norman Hansen (Aqua Blue Sport) has sprinted his way into the Jayco Herald Sun Tour leader’s jersey in Warrnambool on Thursday, after a hectic finale to the Honda Civic stage 1.

A cross-tail wind inside the final 25 kilometers of the race caused chaos for the previously sedate peloton, leaving overnight race leader and three-time Olympic gold medallist Ed Clancy (JLT Condor) caught out. Norman Hansen leapt at the opportunity, joining a select group of riders for the final sprint.

“The cross-winds made it really hard – as you can see we only had nine guys in the final,” said Hansen, who won gold on the track at the 2012 London Olympics. “It was really good racing and all about race instinct in the end.”

“I’m super stoked,” he continued. “The whole team did an amazing job today, they stayed together in the cross winds and when it finally split I had Larry with me the whole time, in the final it was just good racing, attacks left and right the whole time and it came down to a really good fast sprint.”

“I knew I would have to hit out quite early coming into the bottom of the climb at 250 meters to go,” said von Hoff, who is enjoying a resurgence in form and finished seventh at the recent Cadel Evans Great Ocean Road Race. “As soon as I stepped out Lasse was already on my hip and just came with so much more momentum, I tried to match him but he was just too strong.”

Third placed Meyer suggested that his Mitchelton-SCOTT team have the most cards to play going forward in the race for the overall victory. “There’s a long way to go,” said Meyer. “Esteban [Chaves] is a quality climber, you don’t see him run podiums in a Grand Tour for nothing so personally I would love 10 minutes on him if I was racing against him but luckily I have got him on my team.”

“He’s always going to be within striking distance and with Damien and I now really close to the front we have still got cards to play which probably puts us in the box seat. There’s a long way to go in this Tour.”

The day began in Colac with hundreds of local primary school children drawing messages of support in chalk on the road before lining the barricades to cheer on the riders as they set out for a 161 kilometer race along the Great Ocean Road and into Warrnambool.

The charging chase group eventually made contact with the breakaway inside the final 15 kilometers, and a few minutes later a determined Norman Hansen initiated another split leaving a group of nine riders to contest the finish.