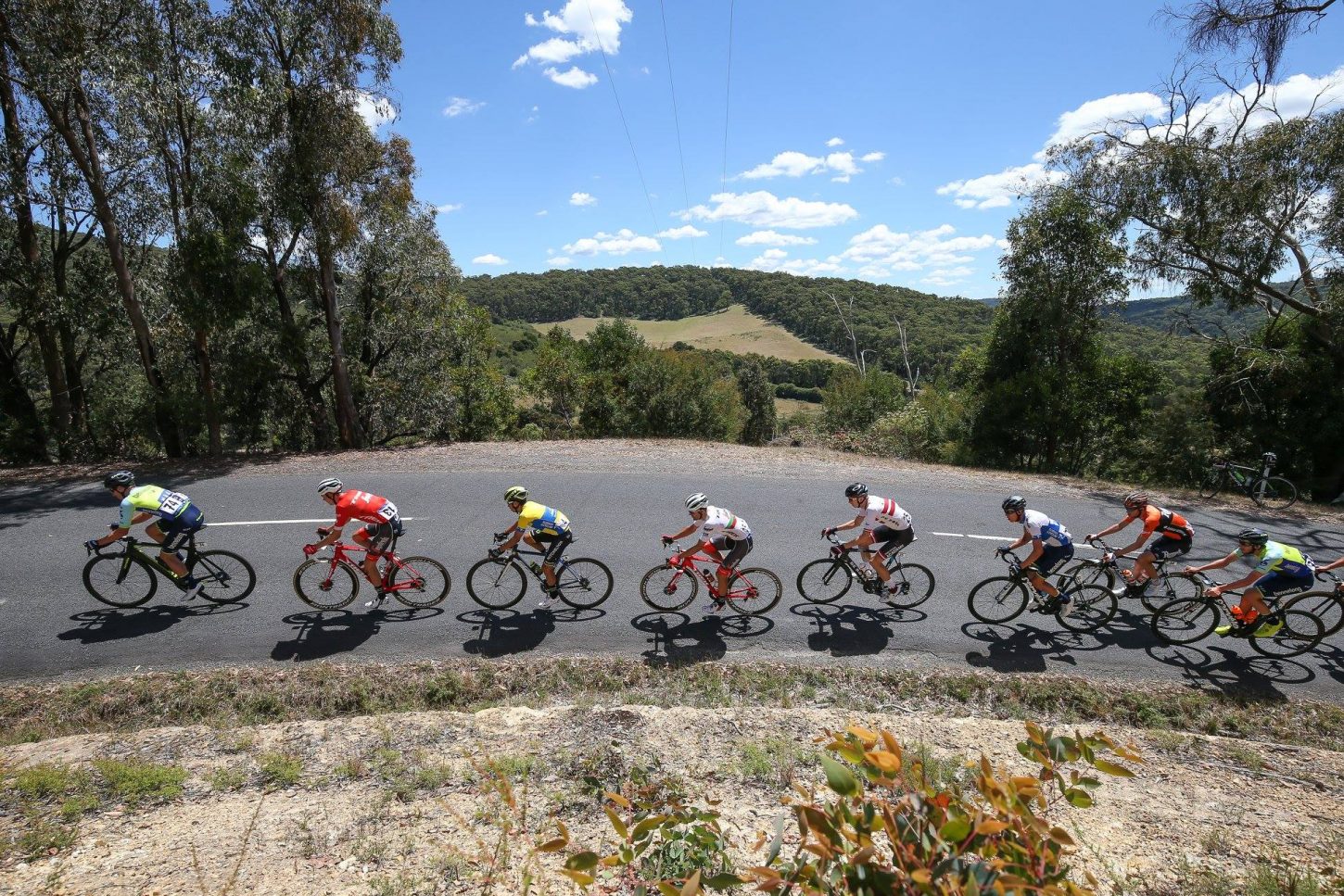 “It was a tough day,” admitted Chaves after winning the yellow jersey. “This was the last chance for everyone. We raced from the beginning until the end. Congratulations to everyone – the level of racing here in Australia is just unbelievable.” With Chaves’ team-mates Meyer and Damien Howson (both past winners) rounding out the general classification top three, Mitchelton-SCOTT have swept the overall podium for the first time in Jayco Herald Sun Tour history.

“It is a really nice feeling to win here at our home race,” said Chaves. “The team did really well – thanks so much to all the guys for all they did for the general classification. One, two, three – it’s unbelievable. This is a great start to the season.”

Numbers in the front group oscillated throughout the day, before Pedersen launched a daring solo attack with just over one lap remaining. He was soon joined by compatriot Lasse Norman Hansen, an Olympic gold medallist on the track, along with Australians Monk and Dylan Sunderland (Bennelong SwissWellness). Pedersen then attacked again with less than 10 kilometers to go, followed by Monk in a desperate attempt to stay away from the onrushing peloton.

But their combined efforts would prove insufficient, a large chase group driven by Mitchelton-SCOTT ensuring the race came back together with seven kilometres remaining. A flurry of attacks came next, meaning it would only be a select group of riders left in the peloton to contest the stage finish.

“I’m just over the moon,” said Crome, who won the bunch sprint with a late surge. “I wasn’t sure how I was feeling going into that last lap. Once we hit the final climb I saw Mitchelton-Scott control it. I thought that was going to play in my favor because I have a good kick. I just backed myself to win from the small group – sometimes you have to ride with faith.”

Crome was cheered into the finishing straight by his parents, who came down for the day to watch their son compete against some of the best riders in the world. “When I came out into the home stretch and stepped on it, I did not know whether I would get around Cam [Meyer],” he admitted. “But I did! This is my first Jayco Herald Sun Tour. The race used to come through Bendigo when I was a child, so I am ecstatic to get a win. I came here wanting to ride general classification, but lost time in the cross winds on stage one. I fought back yesterday and now to get a stage win just tops it off.”

Evans’ work in the breakaway was not enough for him to retain the IsoWhey Sports polka dot jersey, with the New Zealander dropped on the second King of the Mountain point and Earle shooting into the climbing classification lead. Later in the afternoon, Earle’s second placing on the penultimate climb secured the jersey for the Tasmanian.

Sunday’s stage concludes the Jayco Herald Sun Tour for another year. The 2018 race began for the first time in its history with a UCI-sanctioned female race, the inaugural Women’s Herald Sun Tour presented by Let’s Go Motorhomes. Following a women’s road stage in Healesville and an individual time trial for both genders in the heart of Melbourne, the men’s race headed from Colac to Warrnambool in the Honda Civic stage one, won by Danish star Norman Hansen.

The race then headed inland towards the iconic Mount Buninyong for the Surfside Holiday Parks stage two. Another Dane, national champion Pedersen, took the sprint finish while Hansen remained in yellow. The Mitchelton Winery stage three was the queen stage, the longest day in recent Jayco Herald Sun Tour history. Chaves attacked solo on the base of the final, 20-kilometer climb to take the stage win and move into yellow, a lead he would not relinquish the following day during the Gumbuya World stage four.