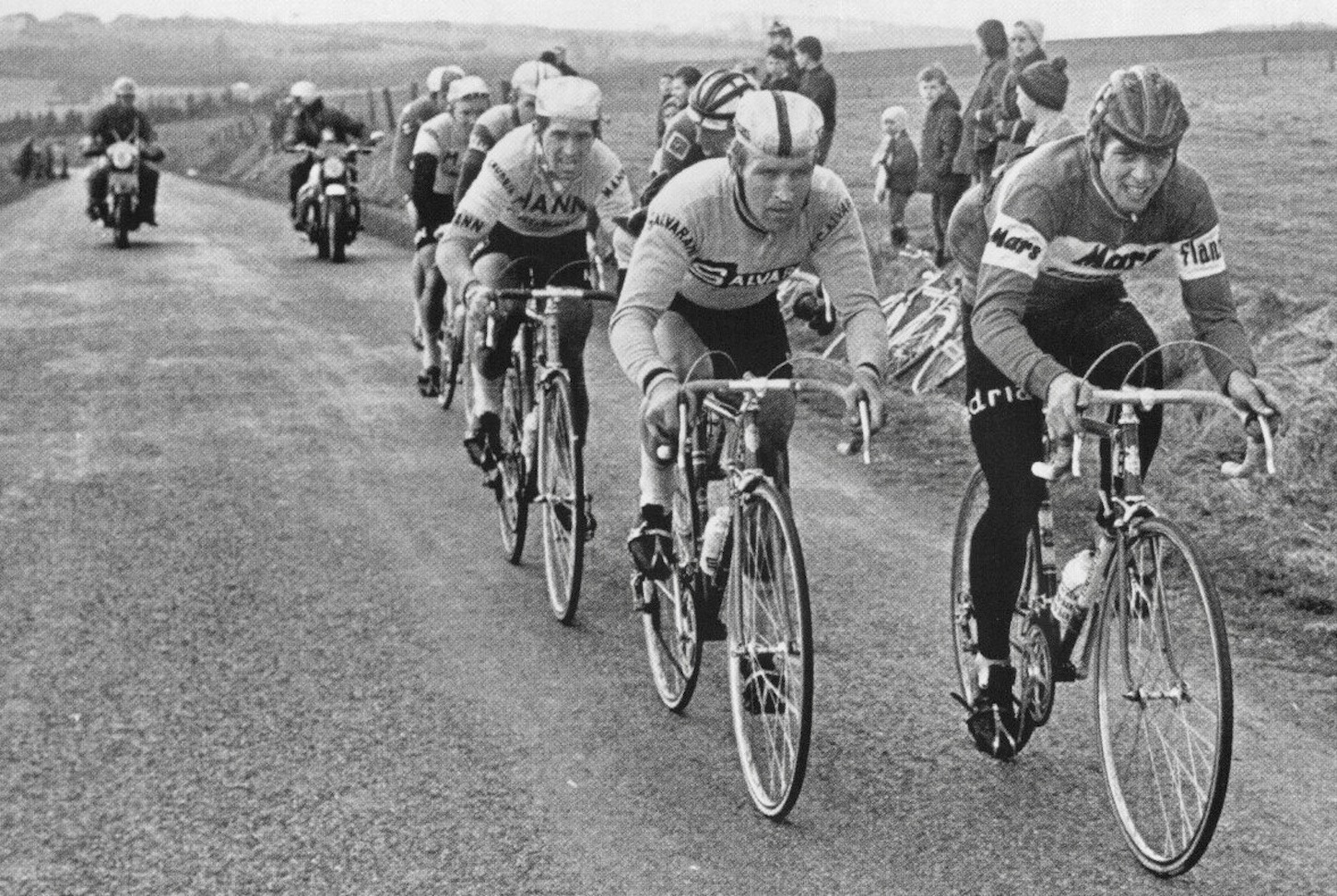 The Belgian rider is best remembered for winning 1970 World Championship Road Race ahead of Leif Mortensen of Denmark and Felice Gimondi of Italy.

Monseré also won the Tour of Lombardy Classic during the previous year.

Monseré was born in Roeselare, the same place as Patrick Sercu, surrounded by bikes.

A professional cyclist was all he wanted to be, and by the age of 13 he was winning races, quickly progressing through the junior and amateur ranks winning 20 to 30 races per year.

At the age of 20, he won the silver medal in the 1969 World Amateur Road Championships at Brno in Czechoslovakia. Leif Mortensen from Denmark won the race, in which the winning break was instigated by the British rider, Pete Smith from York, who finished eighth.

As a result, Monseré was snapped up by the Flandria team as a true Flemish rival to the predominantly French-speaking Belgian, Eddy Merckx.

His impact was immediate. Just one month after his 21st birthday Monseré won the Tour of Lombardy after Gerben Karstens failed a doping control.

The following year, he won the Belgium’s Omnium Track Championships, while his crowning achievement would come just months later, after he won the World Championship Road Race in Leicester, England – making him the second-youngest World Champion after compatriot Karel Kaers.

Monseré repeated his success at the velodrome the following season, this time capturing the Belgian national title for the Madison race.

Just weeks later however, the young Belgian rider was met with tragedy.

While competing in the Grote Jaarmarktprijs in Retie, Belgium, he collided with a vehicle on the road from Lille to Gierle and was killed on the spot.

“On the Saturday, Monseré was second to his great friend and kindred spirit, Roger de Vlaeminck, then ninth the next day. One more kermesse in the little village of Retie, near Antwerp, and it was off to Milan. Monseré had wanted to race at Retie because it was the place where he had taken his first victory wearing the rainbow jersey the previous autumn, a sentimental thought which somehow encapsulates the west Flandrian’s generous nature. All through the race, his rainbow jersey was plain for the large crowd to see, at the front. Then disaster struck.”

“At 71 kilometers, a break of 15 was strung across the road in echelon formation. Monseré had just done his turn, and had settled at the back of the string in the left-hand gutter when a car that had somehow strayed onto the course headed towards them. It happened so fast – the roads were closed so no one expected it. Raf Hooyberghs, who was just in front of Monseré, saw the car at the last second, swerved and missed it. Monseré didn’t. He hit the car head-on and died instantly.”

“The cycling world was stunned. Frans Verbeeck, who was also in the break, says that he has never been able to forget the noise of that crash. Roger de Vlaeminck, perhaps the rider closest to Monseré, had travelled to the race with him and remembers: “It was terrible. I had to take his car back home, but I was in a daze. I couldn’t believe it. In fact it took me a long time to accept it.”

“A great talent and a great person had gone. And with tragedy seemingly knowing no bounds, the Monseré family was struck again a few years later when Jempi’s seven-year-old son, Giovanni, was killed when hit by a car while riding his bike on the road.”

A monument now stands at the spot where Monseré was killed. And, each September a memorial is held, wherein his family is presented with a trophy by the Grote Herdenkingsprijs Monseré, which is organized by the Retiese Wielerclub ‘De Zonnestraal’.

His medals are kept in the Belgian national cycling museum in Roeselare.