Jebel Hafeet the Iconic Climb of the UAE Tour 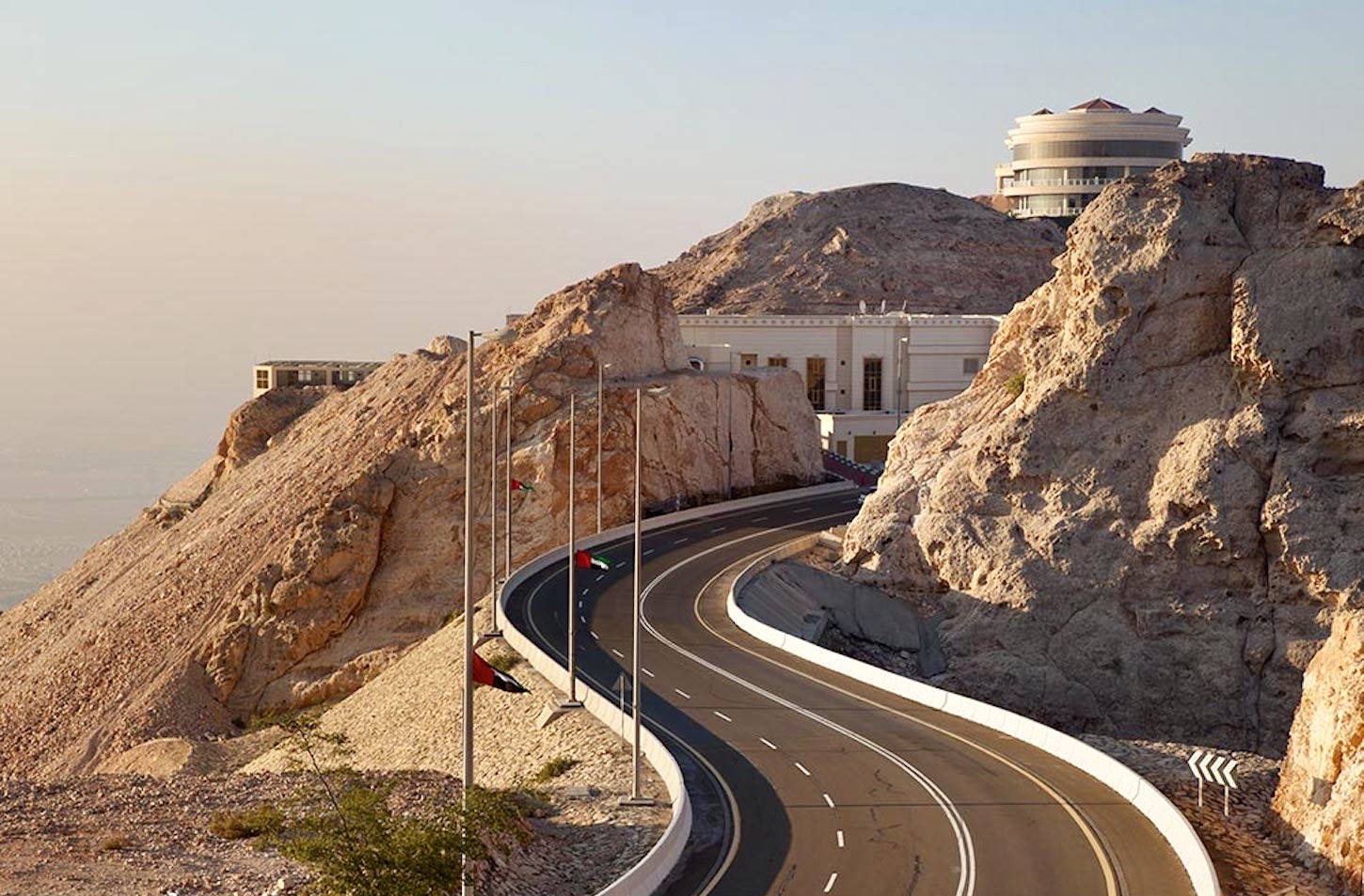 The Jebel Hafeet climb earned its place as a defining challenge of the former Abu Dhabi Tour, and it retains that status in the UAE Tour today. From Esteban Chaves, winner in 2015, to Adam Yates and Tadej Pogačar, 1st and 2nd overall in 2020, the ascent has always decided the final classification. But before becoming the best-known climb in the Middle East among international cycling enthusiasts, Jebel Hafeet was already one of the most significant locations of the Emirates thanks to its long history and its precious wonders – not just geology and archaeology but also flora and fauna. It’s included in the UNESCO World Heritage site of Al Ain: Hafit, Hili, Bidaa Bint Saud and Oases Areas.

The treasures of the “empty mountain”

The etymology of Jebel Hafeet, which literally means “empty mountain” in Arabic, shouldn’t mislead the visitors because it offers one of the richest experiences in the Middle East. Located on the border with Oman and one of the highest mountains in the United Arab Emirates, it owes its name to its complex internal structure with an extensive natural cave system including well-preserved stalagmites and stalactites. Fossils of corals, foraminifera, and bryozoa had been found in the many layers of Jebel Hafeet’s structure

At the foot of the mountains, 500 tombs were excavated in the early Bronze Age Hafit period (between 3200 and 2600 BC) near what is today the tourist attraction of Green Mubazzarah with hot springs and a lake. The area is home to 119 species of birds, 200 species of insects and 23 species of butterflies, along with bats, snakes and foxes – including the rare Blanford’s fox – the Arabian caracal and the Acanthodactylus opheodurus lizard, which was recently re-discovered after being considered extinct in the UAE.

In the 2015 Abu Dhabi Tour, Esteban Chaves (Orica GreenEdge) claimed the first stage arriving on the top of the mountain, after an exciting duel with Wout Poels (Team Sky) ended with the Dutchman crashing on the last corner, when his victory seemed already sealed. The Italian Fabio Aru took second place, while Poels was forced to settle for third.

Estonia’s Tanel Kangert was the first rider to record a true solo victory on the Jebel Hafeet on stage 3 of the 2016 Abu Dhabi Tour. The Astana Pro Team leader crossed the finish line 17 seconds ahead of Irishman Nicolas Roche (Team Sky), who broke away with him on the toughest part, with Kangert holding a gap of 33 seconds over Mekseb Debesay (Team Dimension Data) from Eritrea and Italian Diego Ulissi (Lampre-Merida).

There was another two-man sprint in 2017 (this time without a crash) which went in favour of the former UCI World Champion Rui Costa (UAE Team Emirates) from Portugal, who claimed the third stage of the race ahead of the Russian Ilnur Zakarin (Team Katusha Alpecin); the Netherlands’ Tom Dumoulin (Team Sunweb) was third, with a 10-second gap.

The last edition of the Abu Dhabi Tour, in 2018, added one stage and placed the decisive Jebel Hafeet climb on the final day. It was another former UCI World Champion, the Spaniard Alejandro Valverde (Team Movistar) who out-sprinted Colombian Miguel Ángel López (Astana Pro Team) to win the General Classification (GC) in front of the Dutchman Wilco Kelderman (Team Sunweb).

From Valverde to Yates and Pogačar in UAE Tours

Valverde became the first winner of a Jebel Hafeet climb in the UAE Tour, on the inaugural edition in 2019, claiming the third stage in a three-man sprint ahead of race leader Primož Roglič (Jumbo-Visma) from Slovenia and Frenchman David Gaudu (Groupama- FDJ). But while Jebel Hafeet decided the final winner in all the four years of the Abu Dhabi Tour, in the first UAE Tour it was not enough for the Spaniard to claim the leadership from Roglič, who wore the red leader’s jersey from the first stage through to the finish

There is no doubt that the 2020 UAE Tour was the toughest of its short history with two stages cut due to the COVID-19 pandemic. The riders climbed Jebel Hafeet twice, on the third and the fifth stages. Stage 3 went to the Briton Adam Yates (Mitchelton-Scott) who attacked at 6km to go, soloing to victory with a 1’03’’ advantage over Slovenia’s Tadej Pogačar and 1’30’’ on Kazakhstan’s Alexey Lutsenko (Astana Pro Team). Two days later Pogačar got the stage victory: having selected the leading group he then won the sprint with a bike throw, taking advantage of Lutsenko’s recklessly early celebration. Yates won the 2020 edition’s final GC.

The 2021 UAE Tour is ready to start with all 19 UCI WorldTeams, and Jebel Hafeet’s climb featuring on the third day. The 2020 Tour de France winner and 2020 UAE Tour runner-up Tadej Pogačar attended the route presentation and said: “I’m very pleased to be kicking off my season at the UAE Tour. We just had our pre-season camp in the UAE and got to do some excellent training, especially on the Jebel Hafeet, which was great.”

It will be a significant edition because 2021 marks the 50th anniversary of the foundation of the United Arab Emirates. The race runs from February 21 to 27.