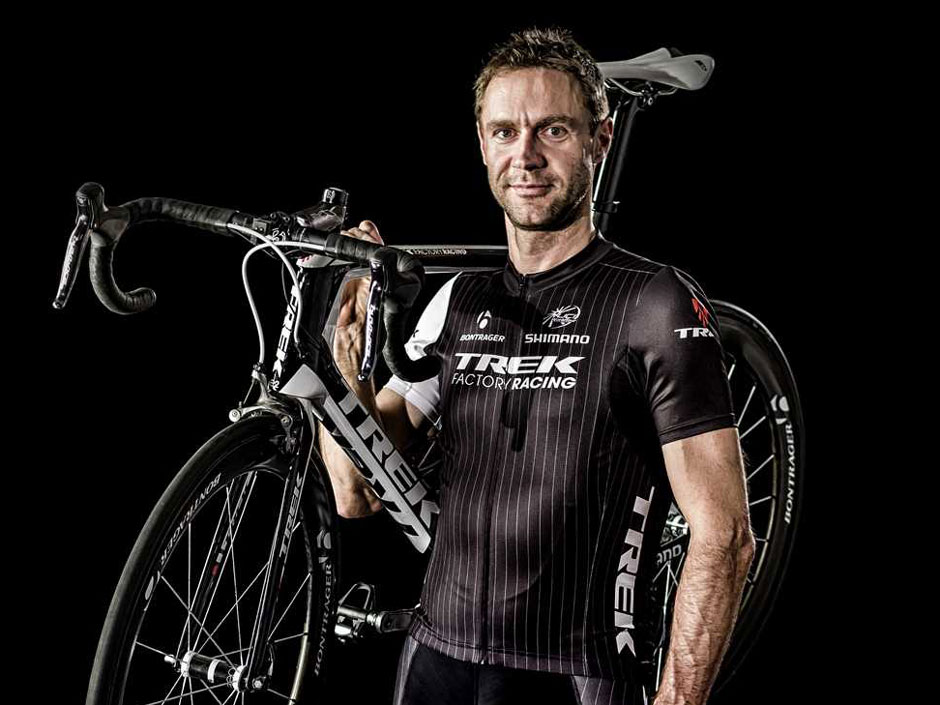 Legendary professional cyclist Jens Voigt has been named Ambassador of the Amgen Tour of California professional cycling race. In this official role, the retired rider, who has participated in all nine previous editions of the annual stage race, will serve as an advisor to race organizers in addition to other official duties leading up to and during the race set for May 10-17.

Voigt’s duties will also include participating in the official kick-off Press Conference and opening evening event taking place May 8 in Sacramento, Calif., appearing in awards ceremonies during the race’s opening and final weekends, as well as at select partner, media and VIP-related events. The two-time Tour de France Stage Winner will also serve as an analyst during the race’s daily live coverage on NBC Sports Network in addition to sharing his insights as part of a regular segment included within the official Tour Tracker.

“Jens Voigt’s passion for cycling energizes all those around him – from his competitors to the fans,” said Kristin Bachochin Klein, executive director of the Amgen Tour of California and senior vice president of AEG Sports. “As a competitor in all nine of the previous editions, we couldn’t imagine our 10th anniversary edition without Jens Voigt and certainly couldn’t envision a better ambassador for the Amgen Tour of California.”

One of the sport’s all-time fan favorites, Voigt also will participate in the race’s annual L’Etape California ride set for May 16. With a peloton expected to be in the thousands, Voigt will lead the cyclists on an 80-mile fan ride finishing at the top of Mt. Baldy on much of the same Stage 7 course the professionals will race through later in the day.

“I just couldn’t keep myself away from the Amgen Tour of California!” said Jens Voigt, who won an impressive solo stage victory against strong coastal crosswinds in Avila Beach in 2013. “California was always one of my favorite places to race, and I can’t wait to get out there on the beautiful course once again as an Amgen Tour of California Ambassador. I am also most excited that this opportunity will allow me to interact with the great California fans in a new and very personal way during America’s biggest race.”

With his first “official” tweet earlier today, the Grevesmühlen, East Germany-native will keep in touch with fans of the Amgen Tour of California with regular postings on his and the race’s social media platforms, including Twitter and Facebook thru the race’s final day when the 2015 Champion will be crowned.

As part of the 2015 Amgen Tour of California, race presenter AEG will once again bring cycling fans the ultimate road race experience – the opportunity to ride a stage just hours before the world-renowned professional cyclists competing in the eight-day stage race May 10-17. Leading the peloton of amateur cyclists expected to be in the thousands on the L’Etape California course Saturday, May 16 will be acclaimed fan favorite Jens Voigt, who retired from a celebrated 17-year career after last season and joins the race in a new capacity as the 2015 Amgen Tour of California ambassador in celebration of the race’s 10th anniversary.

The 2015 L’Etape California will feature the same Mt. Baldy climb and many of the same roads the professional riders will race during the Amgen Tour of California’s Queen Stage (Stage 7, Presented by Lexus). Two distances are offered, both showcasing beautiful roads and significant climbing. The 80-mile long ride will begin at 7 a.m., with the 40-mile short ride following at 9 a.m. Once they cross the finish line, L’Etape California riders will have front-row seats to the conclusion of the professional race stage inside the final mile of the climb.

“The L’Etape California rides have always been a favorite addition to the race allowing our most dedicated fans the opportunity to experience the course just like the pros do,” said Kristin Bachochin Klein, executive director of the Amgen Tour of California and senior vice president of AEG Sports. “The experience will be bigger and better than ever this year with Jens Voigt, one of the sport’s all-time greats and a fan-favorite in California, in the peloton and some very challenging climbs to contest as well.”

The short course will deliver riders directly to the Mt. Baldy Ski Lifts after 5,000 feet of elevation gain over a 13-mile climb. The longer course will begin with a climb to Mt. Baldy Village before turning left onto the scenic Glendora Ridge and Glendora Mountain Roads. For 20 miles, riders will enjoy a rolling and twisting descent before reaching Glendora and the foothills of the San Gabriel Mountains. After riding through the foothill communities, riders will tackle Mt. Baldy Road for a second time. Upon reaching Mt. Baldy Village, riders will push on toward the summit and the steepest part of the climb, averaging a nearly nine percent gradient for the final 4.3 miles.

At the summit, riders will cross the official Amgen Tour of California finish line as photographers capture their moment of glory – an exclusive privilege for L’Etape California participants. All told, the riders will celebrate the achievement of gaining more than 10,000 feet of elevation. Participants will enjoy a festive atmosphere in a designated viewing area within the final mile of the course with a BBQ meal as they await the arrival of the professional peloton between 3-3:30 p.m.

The ride is open to all cycling enthusiasts looking for a challenging day in the saddle and will include mechanical support provided by SRAM Neutral Race Support team and nutritional stops throughout the course. All registered participants will receive a “Shut up, Baldy!” t-shirt to commemorate the demanding day – a play on Voigt’s racing mantra, “Shut up, legs!” Entry is limited and is expected to fill quickly.

Registration and event information for L’Etape California 2015 is available at: www.amgentourofcalifornia.com/letapecalifornia.
*Route and start times are subject to change

For further information about the Amgen Tour of California and to experience the race like never before with VIP Access, please visit www.amgentourofcalifornia.com.