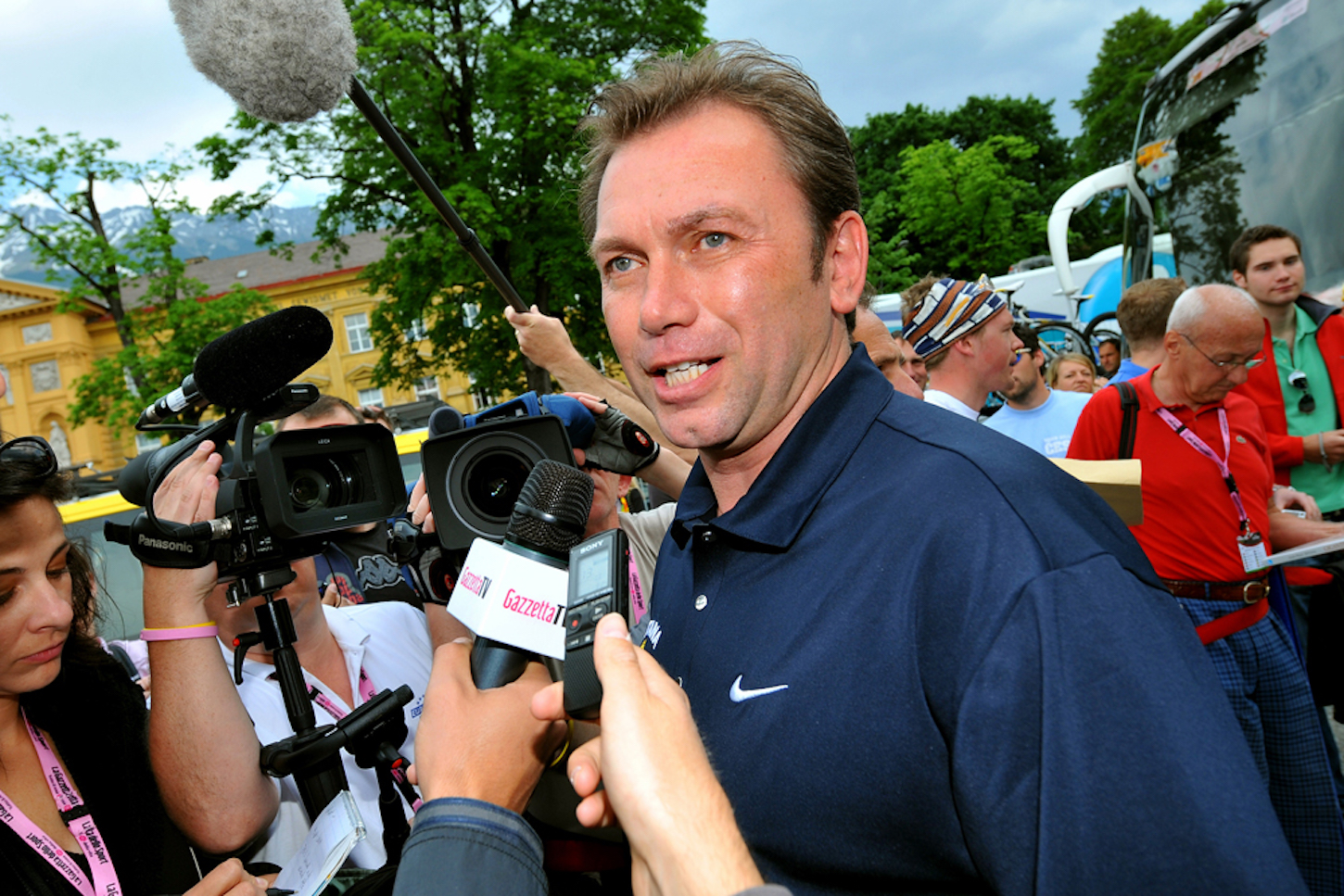 Johan Bruyneel, the former team manager of Lance Armstrong’s infamous US Postal Service squad, has had his 10-year ban from cycling increased to a lifetime ban following an investigation by the World Anti-Doping Agency (WADA) this week.

Bruyneel was director of the U.S. Postal Service and Discovery Channel teams when Lance Armstrong won his seven Tour de France titles between 1999 and 2005, which the American rider was later stripped of following a high profile doping scandal.

“I received an email from the Court of Arbitration for Sports (CAS) in Lausanne, announcing that the 10 year ban, imposed by the United States Anti Doping Agency (USADA) in 2012, has been increased and is now a life time ban,” Bruyneel wrote in an open letter posted on his Twitter account.

While accepting that “at 54 years of age, a 10-year ban or a lifetime ban is practically the same,” the Belgian admitted that “a lot of mistakes have been made in the past”

He also said he found the legal process conducted by the USADA “incredibly frustrating,” stating that he is “a Belgian citizen, living in Spain, and [has] never had any contractual agreement, let alone an arbitration agreement, with USADA.”

USADA said in a report in 2012 that Bruyneel was “intimately involved” in the U.S. Postal Service’s doping program.

The Belgian went on to manage Astana, where Alberto Contador won two Tour de France titles, and RadioShack after his Discovery Channel team was disbanded in the wake of the doping scandal.

“After everything that happened, and I repeat, many things I regret, I still love cycling,” Bruyneel, who was handed his initial 10-year ban in 2014, continued in his letter.

“In spite of the CAS decision, it is still my goal and my wish to contribute, to help grow my sport and make it better in the years ahead.”

Former team doctor Pedro Celaya was also handed a lifetime ban, while trainer Jose “Pepe” Marti saw his suspension increase from eight to 15 years as part of the WADA investigation.

“While it’s been an arduous effort to fully expose the truth, our job is to pursue justice even when the road is long and winding, because that’s exactly what clean athletes expect and deserve,” said USADA boss Travis Tygart in a statement.

“Here, Bruyneel, Celaya, and Marti pulled out every trick to avoid the truth and continued, even at the hearing and even in the face of overwhelming evidence to the contrary, to present a false narrative.”

“This is another powerful example that playing by the rules matters and doping is never justified and always inexcusable.”

Full text of Bruyneel’s the letter:

“This afternoon, I received an email from the Court of Arbitration for Sports (CAS) in Lausanne, announcing that the 10-year ban, imposed by the United States Anti Doping Agency (USADA) in 2012, has been increased and is now a lifetime ban. The World Anti Doping Agency (WADA) had appealed against the original 10-year ban and instead demanded I be banned for life. Their request has been granted by CAS and I am now banned for life from cycling.

“Although there’s effectively nothing I can do against this sanction and at 54 years of age, a 10-year ban or a lifetime ban is practically the same I would still like to take the opportunity to highlight a few key elements in this long process.

“First and foremost, I want to stress that I acknowledge and fully accept that a lot of mistakes have been made in the past. There are a lot of things I wish I could have done differently, and there are certain actions I now deeply regret. The period I lived through, both as a cyclist and as a team director, was very different than it is today.

“Without going into details in this letter, I would simply like to observe that we were all children of our era, facing the pitfalls and temptations that were part of the culture at the time. We didn’t always make the best choices.

“In terms of the whole sports-legal process, however, and trying to keep this letter as brief as possible, there are elements which I feel the need to highlight, as even today, after all these years, I find them incredibly frustrating.

“USADA: I have said from the beginning that this American agency had no jurisdiction over me. I am a Belgian citizen, living in Spain, and I have never had any contractual agreement, let alone an arbitration agreement, with USADA. Yet this agency disregarded all normal judicial limitations to crucify and demonize me, making me a key protagonist in their Hollywood version of events.

“In spite of the CAS decision, I firmly maintain my position that USADA does not have – and never had any legal authority over me. Thus, USADA never had the power to open a case against me, and less still any power to issue me with a ban of any duration.

“In terms of the whole CAS appeal process, my principal defense rights, namely:

1. That there has never been any arbitration agreement between me and USADA
2. The respect of the statute of limitations
3. The right to equal treatment
4. The proportionality of the sanction have all been completely disregarded.

“This whole process has been a difficult, very painful and complicated learning process for myself, but after too long a time, it is now time for me to move on. I can finally close this chapter and focus on the positive things in my future. I am still in good health, I have two beautiful, healthy children, a lot of very good friends as well as plenty of energy and ideas for the years to come.

“After everything that happened, and I repeat, many of things I regret, I still love cycling with the same passion and intensity I had when I fell in love with it as a 14-year-old boy. In spite of the CAS decision, it is still my goal and my wish to contribute, to help grow my sport and make it better in the years ahead.”