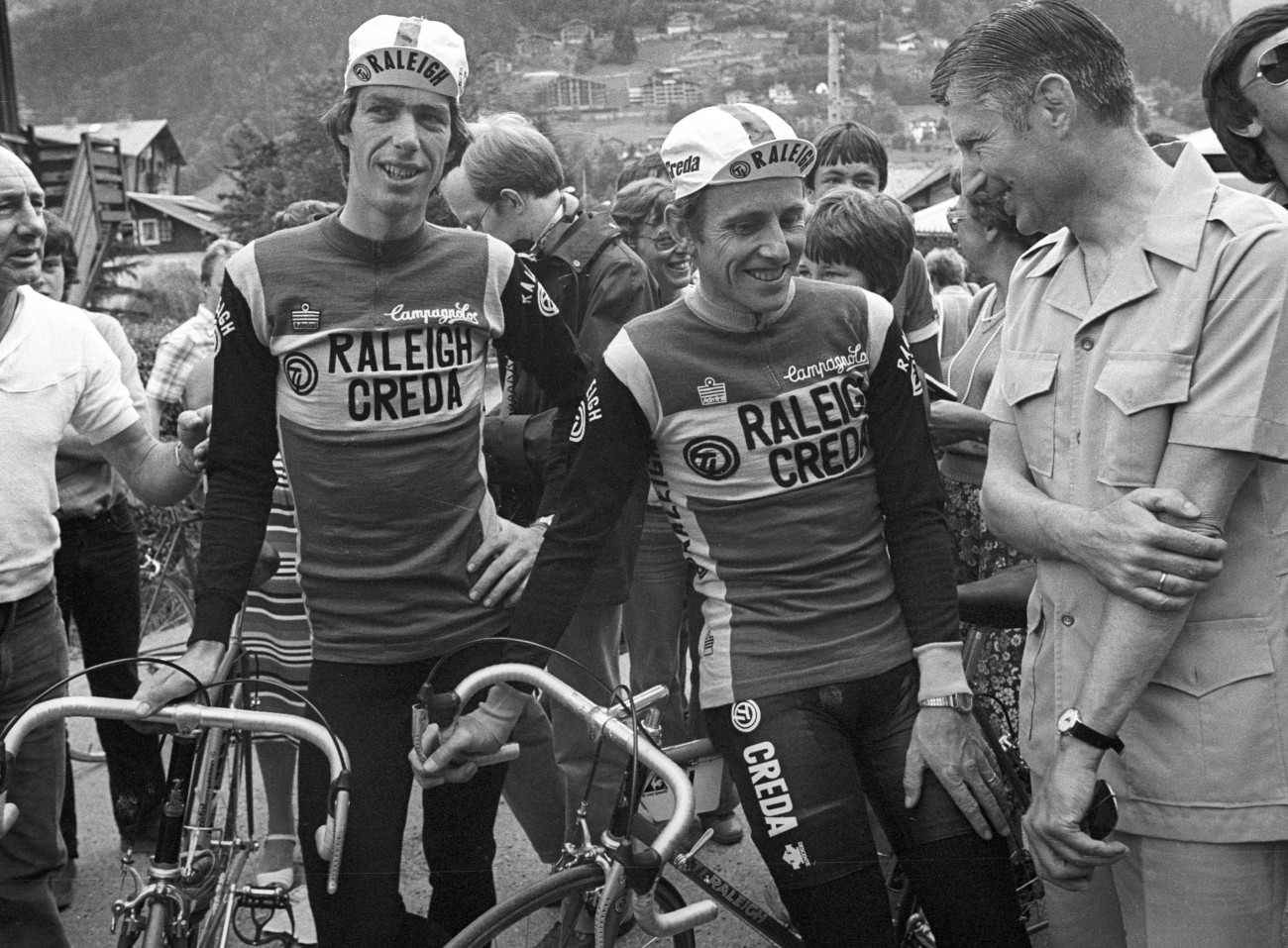 An early happy birthday shout-out to Johan van der Velde, who was born on December 12, 1956 in Rijsbergen, Netherlands.

The Dutch rider is best known for winning the maillot blanc in the 1980 Tour de France for being the best young rider under 25, while also placing 12th overall in his debut French Grand Tour.

Van der Velde stood out in the peloton for his lean, long-legged appearance, smooth pedaling style and long hair. And, despite riding in support of veteran riders such as Joop Zoetemelk, whom he could pace over mountains at impressive speed, he was also capable of winning on his own.

At one point in his career however, van der Velde developed an addiction to amphetamines.

During an interview with cycling author, Jan Siebelink (“Pijn is genot”), the Dutchman explained how the pressure of early successes led to his reliance on the performance-enhancing drug, which he says was later exacerbated when he felt his career was beginning to wane.

Van der Velde described how he was often left shivering at the start of a race, wherein the skin of his arms were wrinkled in goosebumps because of the amphetamines that he had taken just before the start.

Van der Velde’s addiction to amphetamines was also attended by a lifelong habit of petty theft, which he said came from seeing his father bring home things that he had stolen from work.

This eventually led to run-ins with the law, especially after he was caught stealing lawnmowers and breaking into post office stamp machines in order to gain money to cover his addiction and gambling habits.

As a result, van der Velde was sentenced to jail, which ultimately led to his loss of everything, including the small villa that he and his Belgian wife, Josée, had owned.

From there, the couple was forced to move into a series of anonymous houses and apartments, with van der Velde later seeking treatment for his addiction.

After his treatment, the only work that he could find was manual labor on construction sites, where he worked in silence for many years, never saying who he was while he struggled to rebuild his self-esteem.

Van der Velde credits “finding religion” as the means by which he rose up from his dire circumstances.

Nowadays, van der Velde can be spotted at junior races, where he accompanies his son, who is also an aspiring pro rider.

Prior to, he took part in the Dutch television series, Big Brother, which featured contestants tasked with the challenge of living in an isolated house while trying to avoid detection by the surrounding public.

Van der Velde also worked in public relations for the Quickstep team in the early 2000’s, chauffeuring guests at races.

He worked in a similar role for the Dutch Roompot Orange Cycling Team in 2015.

In retrospect, van der Velde racked-up an impressive 83 victories during his 12-year career, which included a slew of stage wins in both the Tour de France and the Giro d’Italia, including the Points Classification in the Giro on three occasions.

Legendary Ti-Raleigh team director, Peter Post, once described van der Velde as being the son he never had.