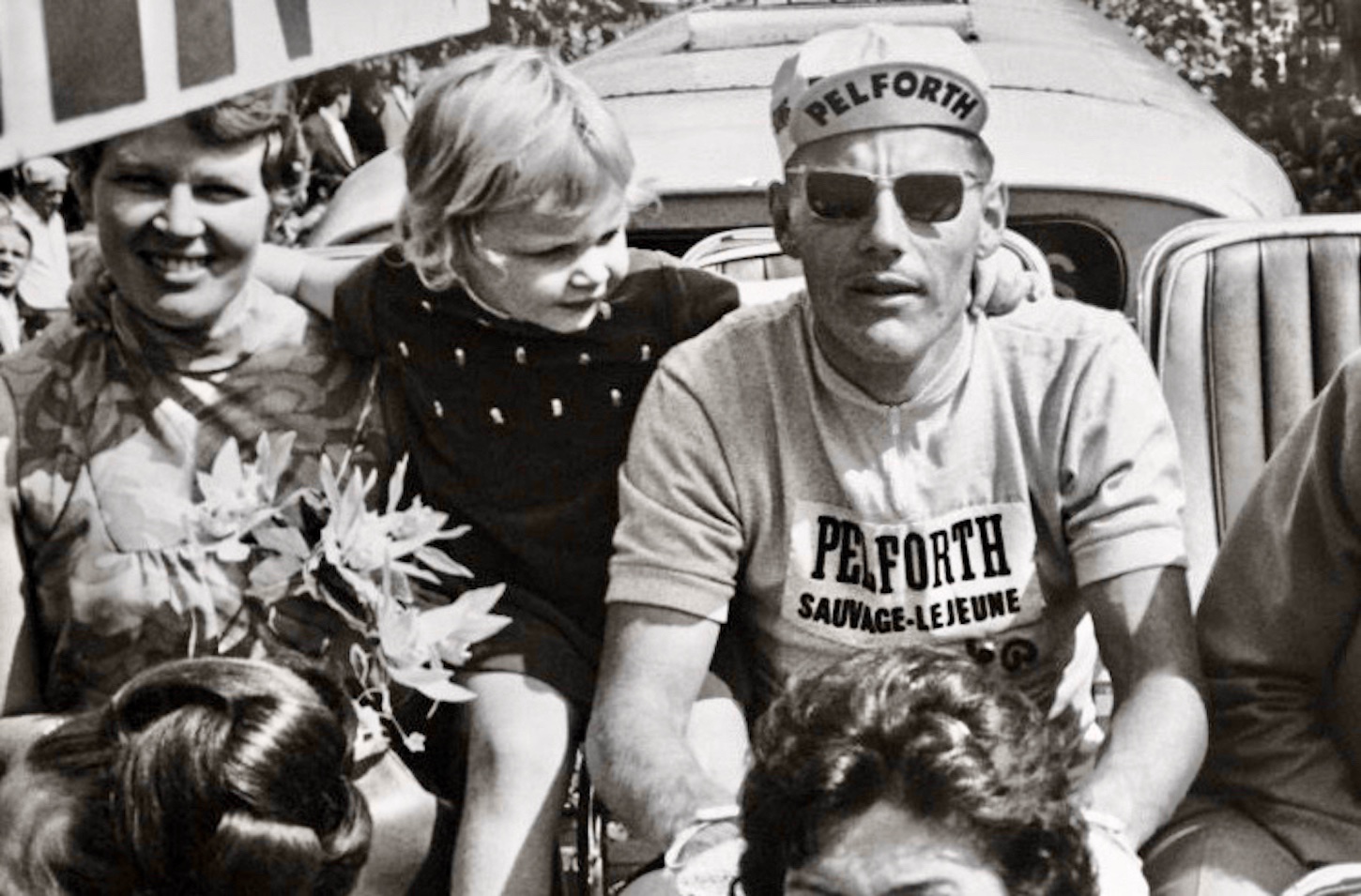 A belated happy birthday to Johannes Adrianus “Jan” Janssen, who was born on May 19, 1940.

Regarded as one of the best all around riders of his generation, Janssen succeeded in winning everything from Grand Tour events to One-Day races.

For instance, he won the 1967 Vuelta a Espana, which was followed up with a Tour de France victory the following year, making him the first Dutch rider to win both races.

In One-Day races, Janssen won the World Championship Road Race in 1964 ahead of Vittorio Adorni of Italy and Raymond Poulidor of France and the 1967 Paris-Roubaix Classic ahead of Rik Van Looy of Belgium and Rudi Altig of Germany.

Janssen was born in Nootdorp, a small town near The Hague and Delft, just five days after the Netherlands surrendered to Germany during the start of World War II. He later moved to Putte, a village on the Belgian border between Roosendaal and Antwerp.

Work for the young Janssen involved digging foundations in the heavy ground of the western Netherlands to build homes and businesses for his family’s excavation company, while also participating in local bike races as a teenager.

At the young age of 16, Janssen had already begun to establish himself as a fledgling champion, winning as many as 25 races in his first two years.

Janssen turned professional in 1963, after a successful career as an amateur rider that saw him win numerous races in and around France and his native Netherlands, including stages in the Tour de l’Avenir which was open to amateurs, independents, or semi-professionals at the time.

Janssen’s talent, authority and command of the French language quickly earned him a slot on the Pelforth-BP team.

Janssen initially established himself as an excellent sprinter, but his riding skills quickly developed into those of a multi-day race contender.

Janssen rode his first Tour de France in 1963, where he won a stage, but a crash ultimately forced him to abandon later in the race.

However, his breakthrough season came the following year, when he won the eight-day Paris–Nice race and the first of his three Green Jerseys in the Tour de France.

His crowning achievement however, occurred later that season when he won the World Championship Road Race at Sallanches in France.

The following season, he again claimed the Green Jersey in the Tour de France, narrowly winning the competition.

1967 marked Janssen’s first Grand Tour victory, winning both the Points Classification and the overall title in the Vuelta a Espana, along with his second Green Jersey in the Tour de France.

This marked the narrowest victory ever in the French Grand Tour until 1989 when Greg LeMond won by only eight-seconds ahead of Laurent Fignon.

An interesting feature about that year’s Tour de France was that officials once again decided that teams should be represented by their respective nations rather than sponsors. Many viewed this move by race organizer, Félix Lévitan, as a means of getting back at sponsors he thought had provoked a strike against drug testing the previous year.

As a result, this served to instigate all sorts of internal rivalries between riders and sponsors who were normally fierce competitors of one another. This was said to have divided the Dutch team more than all others, leaving Janssen to overcome serious internal struggles to win.

Nevertheless, his victory in the orange color of the Dutch rather than the blue, yellow and white of the Pelforth team made his first win for the Netherlands all the more popular at home.

After reaching his zenith in 1968, Janssen’s career began to wane, mustering only one more victory in the Vuelta a Mallorca, along with various and sundry stage wins in the Critérium du Dauphiné, Paris-Nice, Vuelta Ciclista al País Vasco, Grand Prix du Midi Libre and the Tour de Luxembourg.

Janssen recounts his decision to retire in 1972, after being left behind in the Tour of Luxembourg and being ashamed to hear his name mentioned over the race radio as among those distanced by the peloton.

“I knew then that I was Jan Janssen, winner of the Tour de France and the championship of the world and that it was time for me to stop”, he says.

Janssen spent most of his career riding for French sponsored teams, profiting from the higher rate that the French franc enjoyed then against the guilder. But since then things have changed, he said.

“We had to be good all the time, from the first of February until the end of October. Because it was my duty to make the most of my sponsor’s name, to get publicity. And if you had an off-day, well, you were letting your sponsors down. Now the whole sponsorship of sport has taken off. It has become so interesting to a company, because a company that wants to get its name known, you can buy a good team, with good management, good public relations, and you can get all the big names. I think, too, that the motivation has changed with the professionals as well. You get riders like Steven Rooks and Gert-Jan Theunisse saying that after the Tour they are stopping at home because they can’t be bothered with criterium, and that’s not attractive for the public.”

In his retirement, Janssen ran a bicycle frame-building business in the south-western village of Putte, which is divided by the border with Belgium. That company still bears his name today.

He also continued riding as a member of the Zuid-West Hoek club right up until recent years, while also making personal appearances along with other Dutch riders of his era.