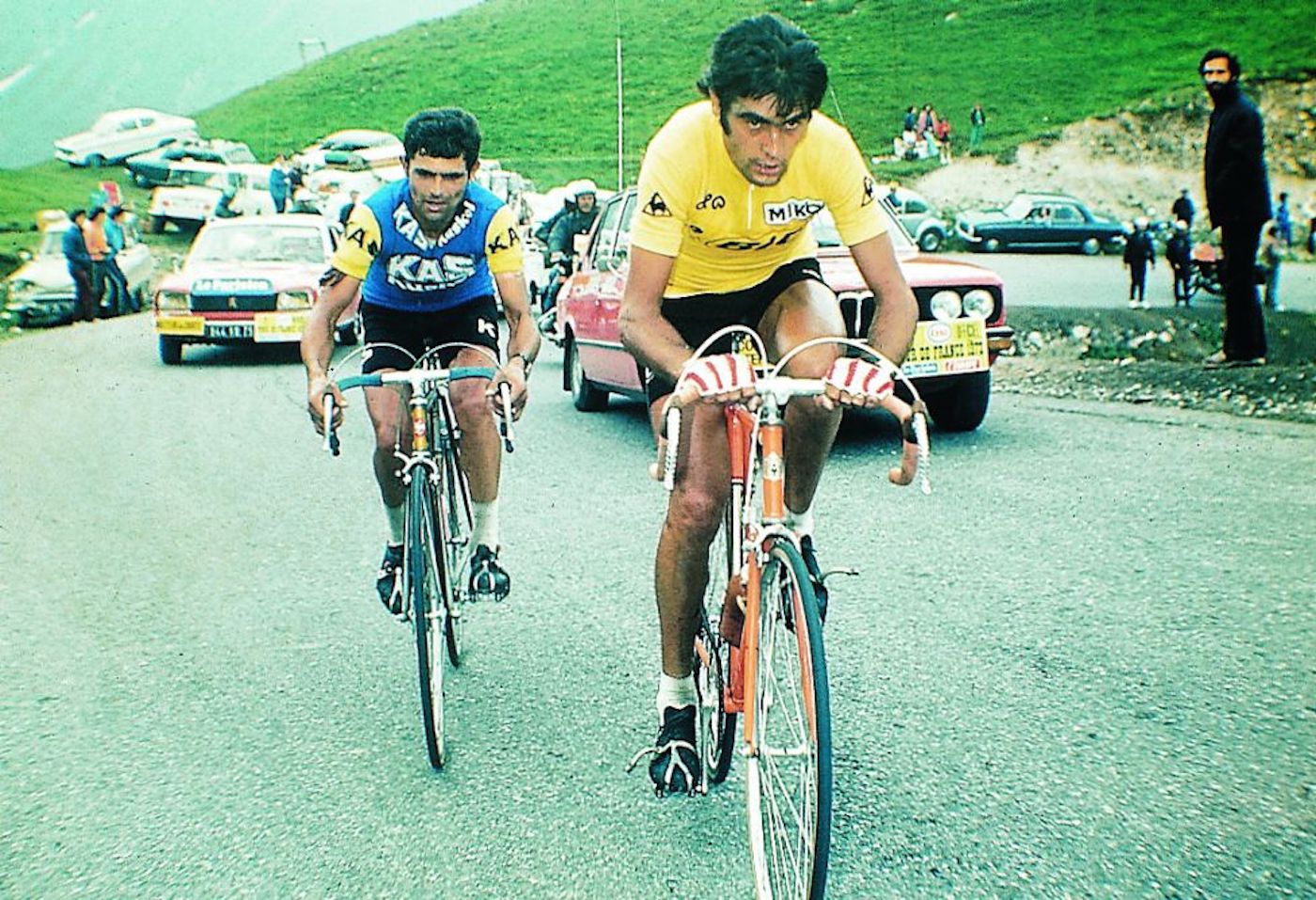 The Spanish rider is best remembered for his prowess as a consummate climber, making him a force to be reckoned with during mountain stages in Grand Tour events.

Indeed, Fuente claimed the coveted Mountains Jersey four consecutive times in the Giro d’Italia between 1971 to 1974.

During the 1972 and 1974 Italian Grand Tour, he famously held a significant lead over cycling luminary Eddy Merckx.

During the 1972 Italian Grand Tour, Fluente established an advantage of more than five minutes over Merckx, after attacking along the mountain stage to Bardonecchia, only to see his Belgian rival slowly claw back his margin during the final kilometers, ultimately relegating him to a disappointing second place.

In the 1974 race, Fuente again held a significant lead over Merckx, but according to critics, his failure to eat enough during a tough, rainy stage caused him to lose significant time, finishing an even more disappointing fifth place, while Merckx took the overall victory again.

However, Fuente found solace after triumphing on his home soil by winning the 1972 Vuelta a Espana, beating fellow countrymen Miguel Maria Lasa and Augustin Tamames. He also won the Mountains Jersey in that year’s race as well.

Fuente was born José Manuel Fuente Lavandera in Limanes, Spain, turning professional in 1970 with the Karpy-Licor team, after establishing himself as a promising young rider.

Fuente quickly earned the nickname El Tarangu amongst the peloton, a word in the Asturian language to describe a man reputed for his strength and character.

However, health problems related to bad kidneys brought the curtains down on Fuente’s brief career in 1975.

After retiring from the sport, Fuente opened a successful training and coaching business. which led to his appointment as directeur sportif of the prominent CLAS – RAZESA team, which included such top riders at the time as Fernando Escartín, Abraham Olano and, most prominently, Switzerland’s Tony Rominger.

But, health reasons led to his replacement after just one year at the helm.

Sadly, Fuente died the following year at the young age of 50, after a long struggle with kidney disease.

He was buried in Oviedo, Spain, where to this day, fans still come to pay their respects to El Tarangu.