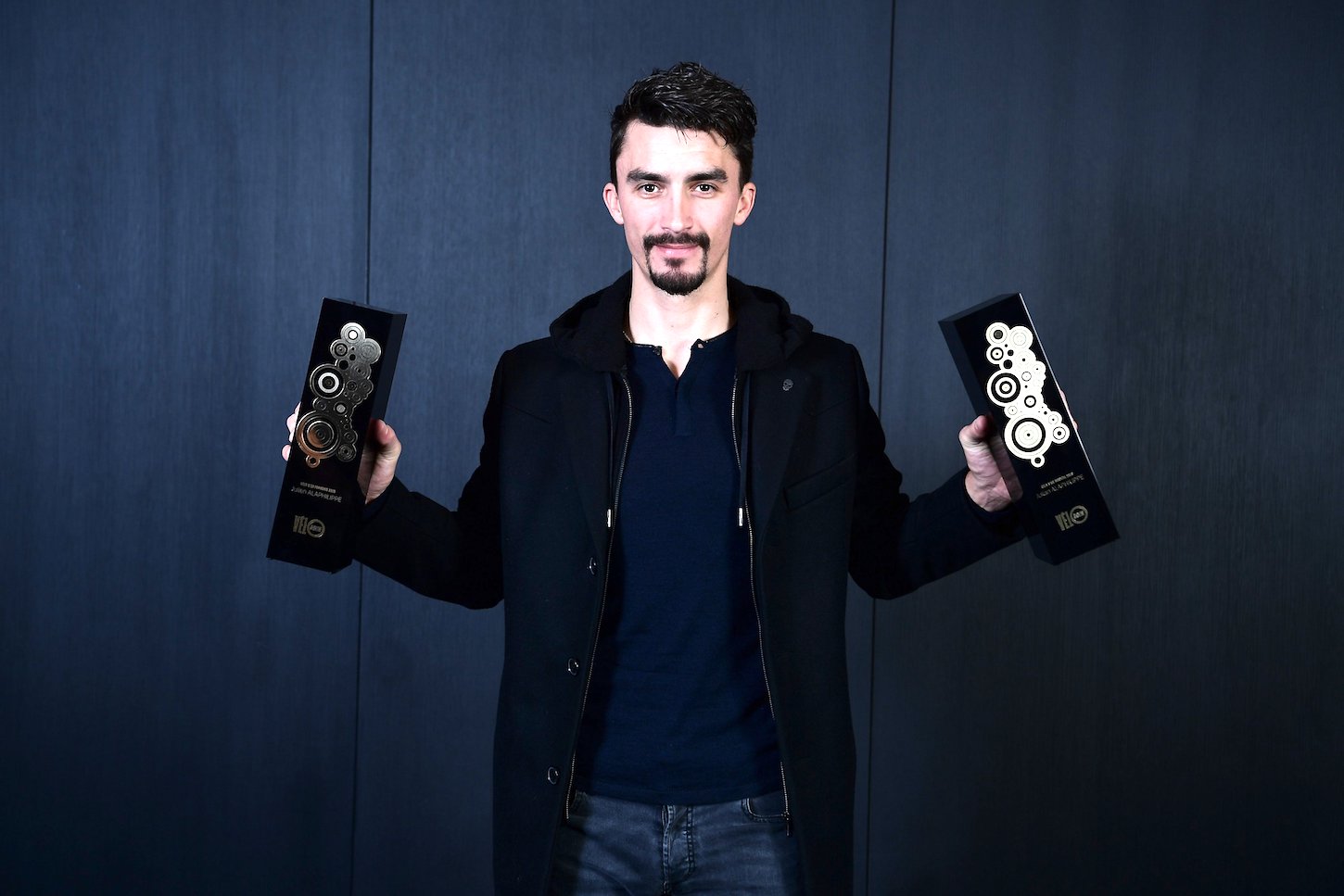 Julian Alaphilippe capped a successful season during which he wore the Tour de France’s yellow jersey for 14 days by winning the Velo d’Or award as the best rider of 2019 on Sunday.

Alaphilippe, who rides for the Belgian Deceuninck-Quick-Step team, became the first Frenchman to receive the award since Laurent Jalabert back in 1995.

The 27-year-old Alaphilippe amassed 12 victories in 2019, including prestigious trophies at the Milan-San Remo classic, the Strade Bianche and the Fleche Wallonne.

“I am very happy with the incredible season I’ve had and to receive the Velo d’Or is a beautiful way to conclude this amazing year,” Alaphilippe said. “It’s a great honor. It was an unforgettable campaign, with many beautiful moments.”

Alaphilippe played a key role in one of the most exciting Tour de France editions in decades this summer, challenging race favorites with flair and panache. He won two stages before eventually cracking during the final week of racing but his showmanship and unpredictable style gained him many admirers.

“I want to perform well at the start of the next season, then June and July will be big,” Alaphilippe said about his goals in 2020. Next year’s Tour starts on June 27 from the city of Nice.

The Velo d’Or awards are decided by an international panel of cycling journalists. Alaphilippe was voted ahead of Tour de France winner Egan Bernal and Primoz Roglic, who won the Spanish Vuelta this year.