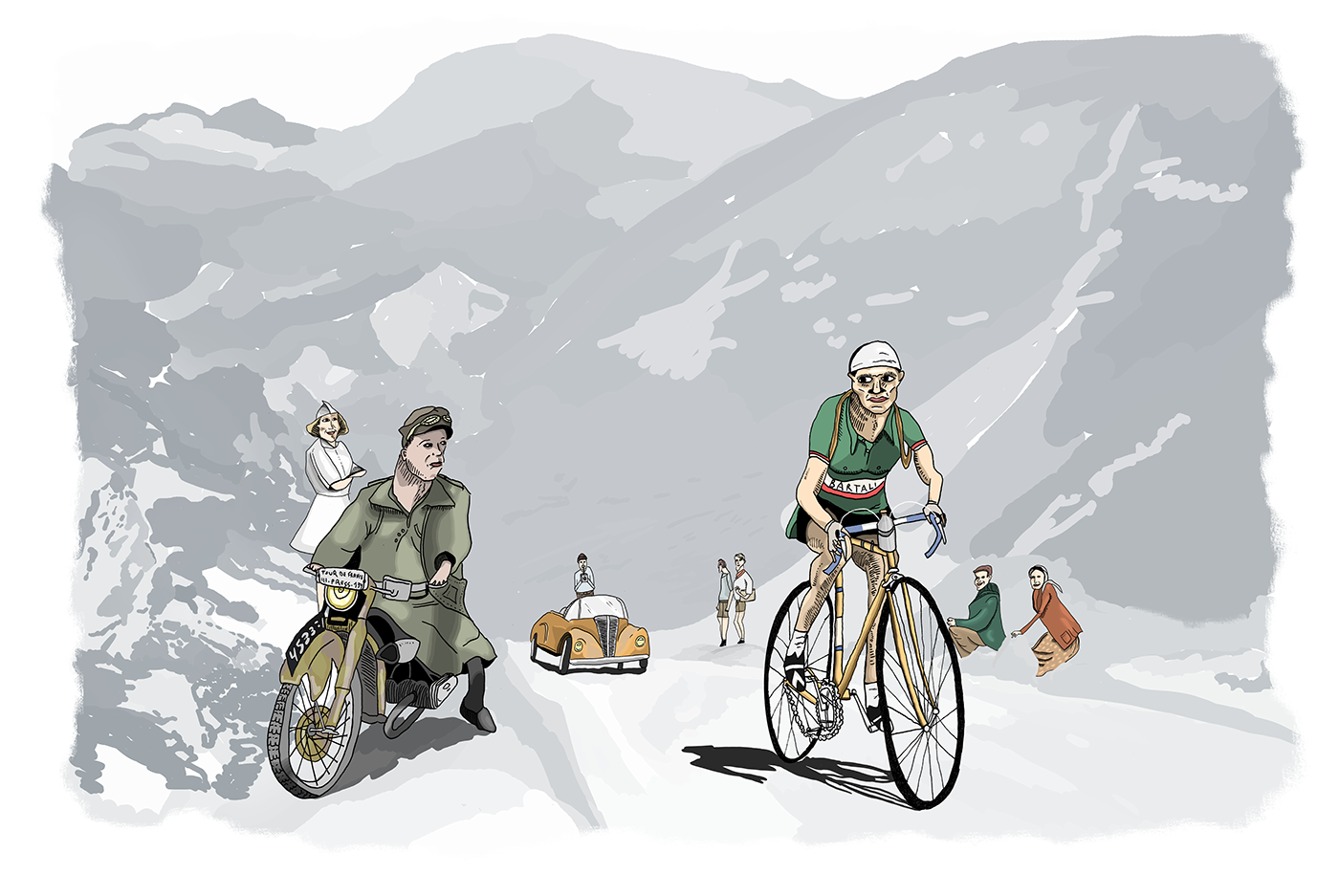 Carrying on in the same vein as luminary cycling photographers like Horacio Gil Ochoa, David Seymour, Renne Burri, John Vink, Henri Cartier-Bresson and others, the current-day artwork of Julián Dorado regals Gino Bartali and the Golden Era of cycling.

Working from his studio in Buenos Aires, Dorado scoured the internet and the virtual archives of the world-wide web in search of historical images of Bartali, before transforming them into living-color.

Both a cyclist and an old-school racing fan, all of Dorado’s illustrations begin life as free-hand sketches, which are later dialed-in using computer aided programs to finalize their color and details.

Dorado says that he was inspired to create these illustrations based on Bartali’s life both on and off the bike, especially after learning how he risked his own life helping Jews find safe refuge in Italy after they escaped Nazi Germany, by transporting forged papers and passports hidden in his bike.

“I got caught by Bartali’s life. After his death he earned recognition for helping Jews that were persecuted by the Nazis in Italy during Second World War. He cycled around Italy secretly carrying messages and documents hidden in his bicycle frame. Neither the Fascist police nor the German troops would risk popular discontent by arresting him”, says Dorado.

“Combining two of my greatest passions, bikes and drawing, I created this series of illustrations.”

All of Dorado’s work can be seen on Behance here.