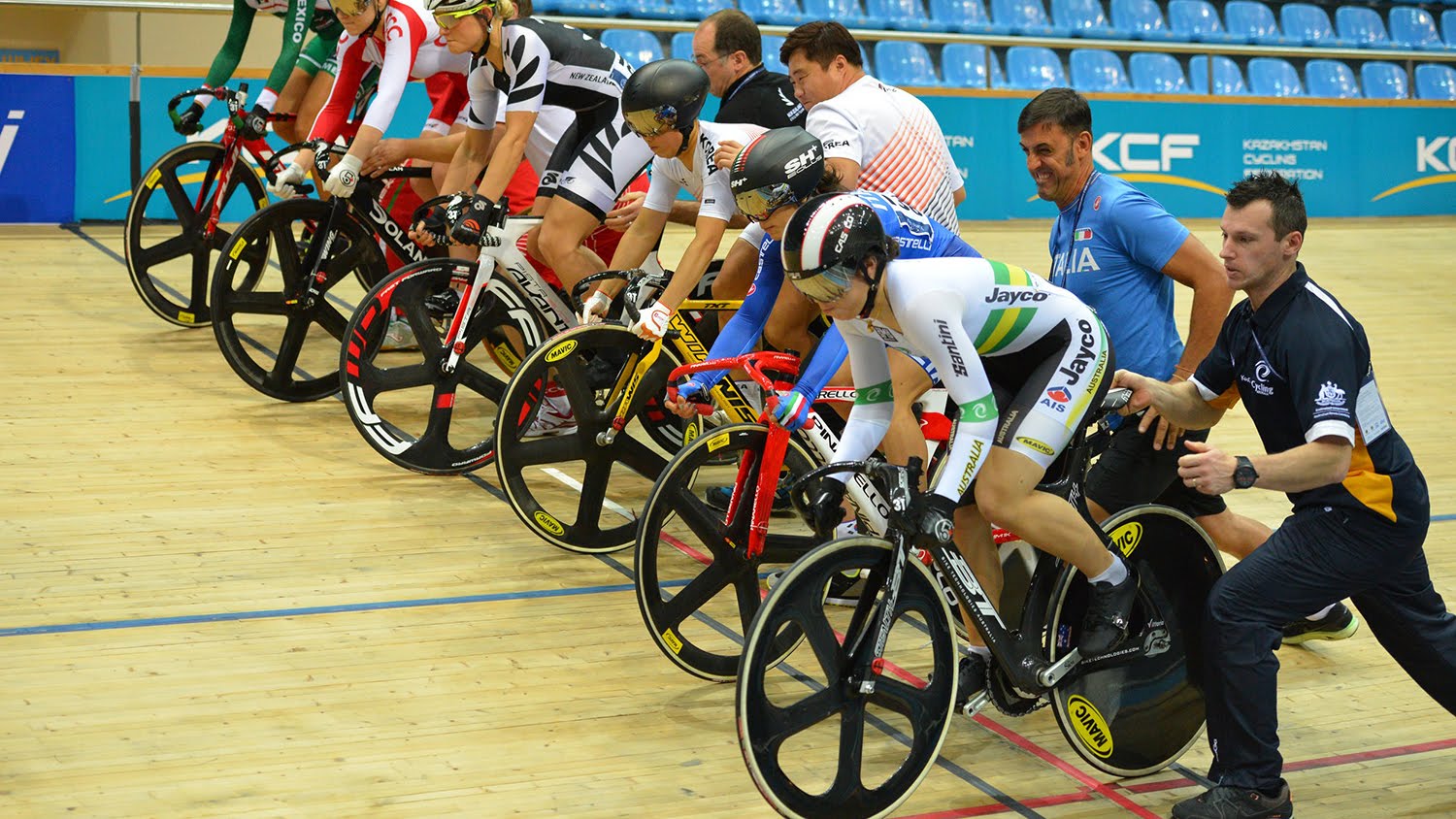 For the second time, after 2016, the UCI Junior Track Cycling World Championships will unfold at the UCI World Cycling Centre (WCC) in Aigle, Switzerland. Also housing the Union Cycliste Internationale (UCI) headquarters, the UCI WCC opens it doors to some 330 athletes from 44 countries. It is the first time that the number of participants in this event exceeds the bar of 300.

All five continents are represented, with the participation of two nations for the first time: Saint Lucia and Finland.

With 20 titles – 10 for women and 10 for men – at stake, the competition promises to be intense. While some of last year’s UCI World Champions have now moved on to the Elite category, others are back to defend their titles. The UCI WCC’s own trainees will be competing on familiar ground after a two-month training camp in Aigle.

In Montichiari (Italy) last year, Russia headed the medals table with a total of five gold medals, followed by Italy and France, both with four gold medals.

The opening day of competition on Wednesday will see the 2018 Junior UCI World Champions crowned in the women’s Scratch, the women’s team sprint and the men’s team sprint. Between four and five world titles will be decided on each of the following four days.

UCI President David Lappartient said he was looking forward to the start of racing, “as President of the UCI, it is an immense pleasure to welcome these talented young athletes to our UCI headquarters. We know from experience that international racing at Junior level is of an already very high standard, and we will no doubt see some of these cyclists shine on the Elite stage in years to come.”

WCC General Director Frédéric Magné added, “the UCI World Cycling Centre is an internationally-renowned training centre which welcomes around a hundred young athletes each year for training camps in all cycling’s Olympic and Paralympic disciplines. It is therefore very fitting that we organise this major international event for talented Junior track specialists. Two years ago, we witnessed fantastic racing, including some world records. I am convinced that the athletes will produce equally exciting performances next week, and we wish them the best of luck.”