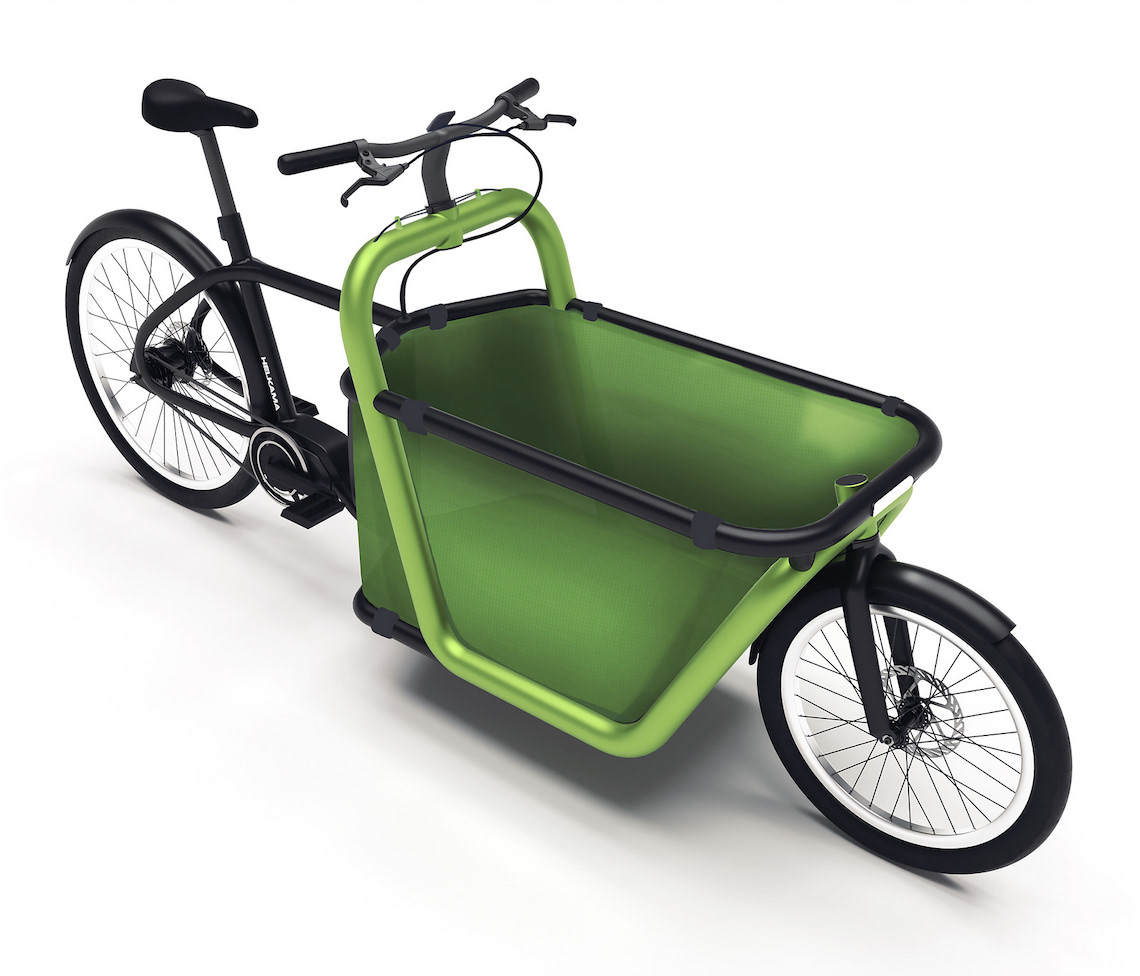 While the Kaari electric cargo bike may only be a concept at this point, it proves that the bicycle continues to play an important role in creating  “cleaner” forms of urban mobility for the future.

According to the designer, Janne Pärssinen, the Kaari “is a variant of the traditional two wheeled ‘Long John’ cargo bicycle, which has a cargo space in the front behind the front wheel. With small changes to the geometry of the bicycle and by using cable steering, I could make the model shorter and nimbler and improve the handling. I tried to make the cargo space as multifunctional as possible. The bike can be loaded in many different ways and various accessories can be designed to make it better suited for specific needs, such as transporting children.”

Pärssinen, who’s an industrial design student, received the runner-up award for his Kaari at this year’s VeloStar competition, wherein the jury evaluated each design for its usability, safety, aesthetics and functionality, while also taking into account the feasibility of manufacturing the design.

“I’m an enthusiastic cyclist, so obviously I got excited for the theme of the competition. The basis for the design was based on my own experience. I also did some field research by interviewing cargo bikers on the streets of Helsinki. Good handling was in the end the most important factor”, says Pärssinen.