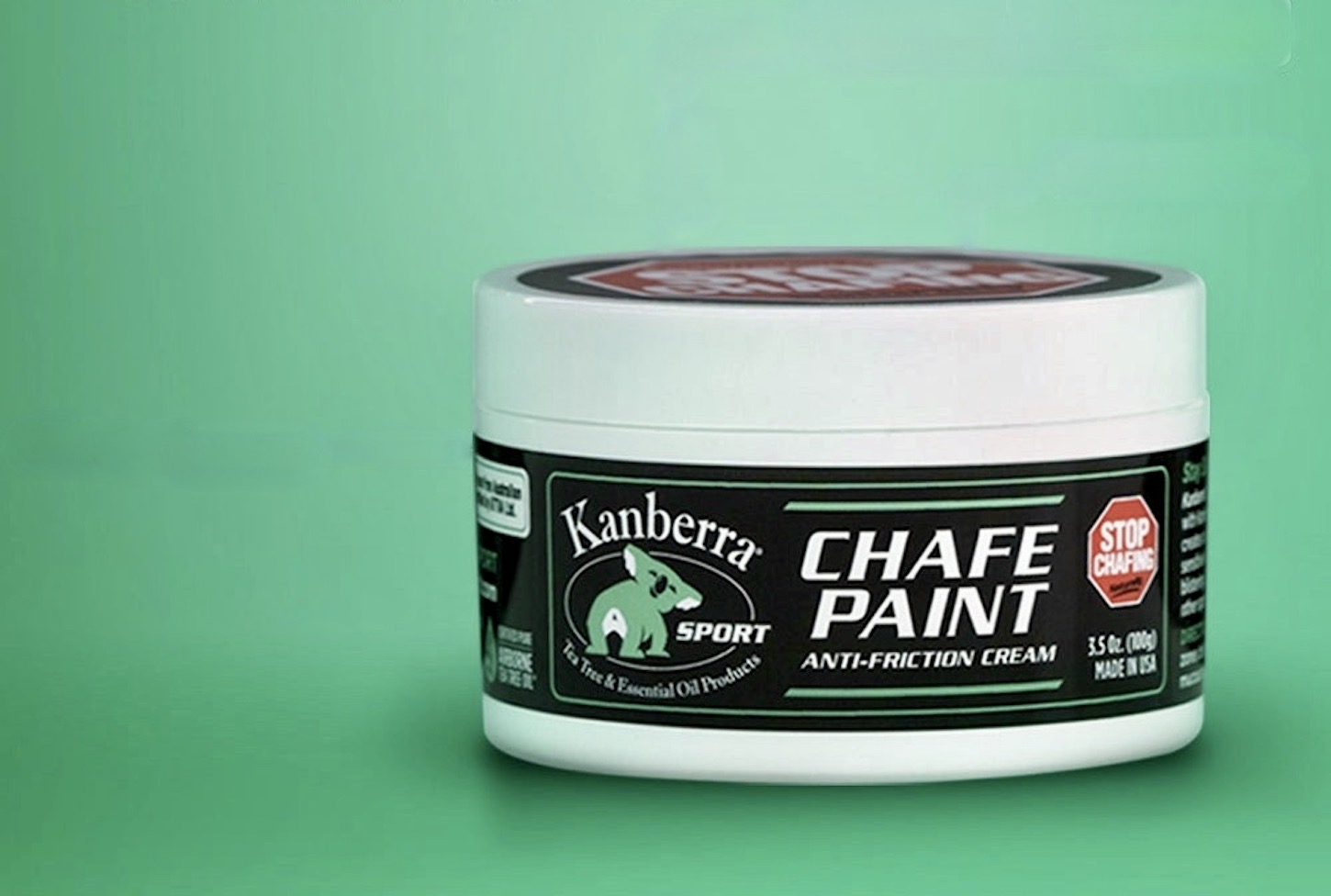 Several years ago, I developed a case of the dreaded chafe that lasted nigh-on to three seasons. At one point, the irritation became so painful, that it was difficult for me to ride more than two days in a row.

Along the way, I tried every kind of cream, ointment and lubricant known to mankind, rising to the level of carnival grease, in a desperate attempt to remedy my loins.

While some products helped, my undercarriage continued to resemble a St. Paddy’s Day brisket after each ride, with no relief in sight.

After battling this condition for what seemed like forever, I slowly began to get it under control, finding some relief in the use of powder, while most forms of embrocation continued to clog my pores and simply act as blob of nothing.

Some products like Udder Cream and Bag Balm proved to be the worst, as they would eventually dry and cause even greater friction between my flanks and the chamois pad.

Yet, as effective as powder could be, I discovered over time, that hot temperatures and excessive perspiration would often cause even the finest cornstarch to become granular during long rides, alas becoming caked-up and resulting in a bad case of friction once more.

For that reason, I decided to set-out this season in search of a chamois cream that would at long-last provide a requisite shield for my nether regions, slowly working my way through a few new products, to include falling back on some old ones to see if they could yield better results.

The product that stood-out the most, was Kanberra Sport’s Chafe Paint Anti-Friction Cream, which the funky name alone won points with me. It almost sounds like a title from a 1970’s Sexploitation film.

In any case, Chafe Paint comprises a long list of all-natural, organic ingredients that would satisfy even the Birkenstock-shod types one sees perambulating the Ka’Chava aisle at your local Whole Foods.

Sarcasm aside, put into action, Chafe Paint did indeed provide an excellent barrier between sack and saddle, placing it atop any product that I’ve used to date, offering a perfect blend of smoothness and comfort that never felt squishy or broke down even during the longest rides. Moreover, the subtle scent of tea tree oil and witch hazel provided a feeling of freshness that lasted well-after my ride, and until I was able to hit the shower.

Additionally, while other chamois creams that I’ve used in the past also contained oil-based ingredients, many gave-off a cooling effect, creating a York Peppermint Pattie like sensation where the sun doesn’t shine, a feeling that was unwanted especially during cold weather riding, whereas the Chafe Paint didn’t.

Hats off from my hammer to Kanberra!