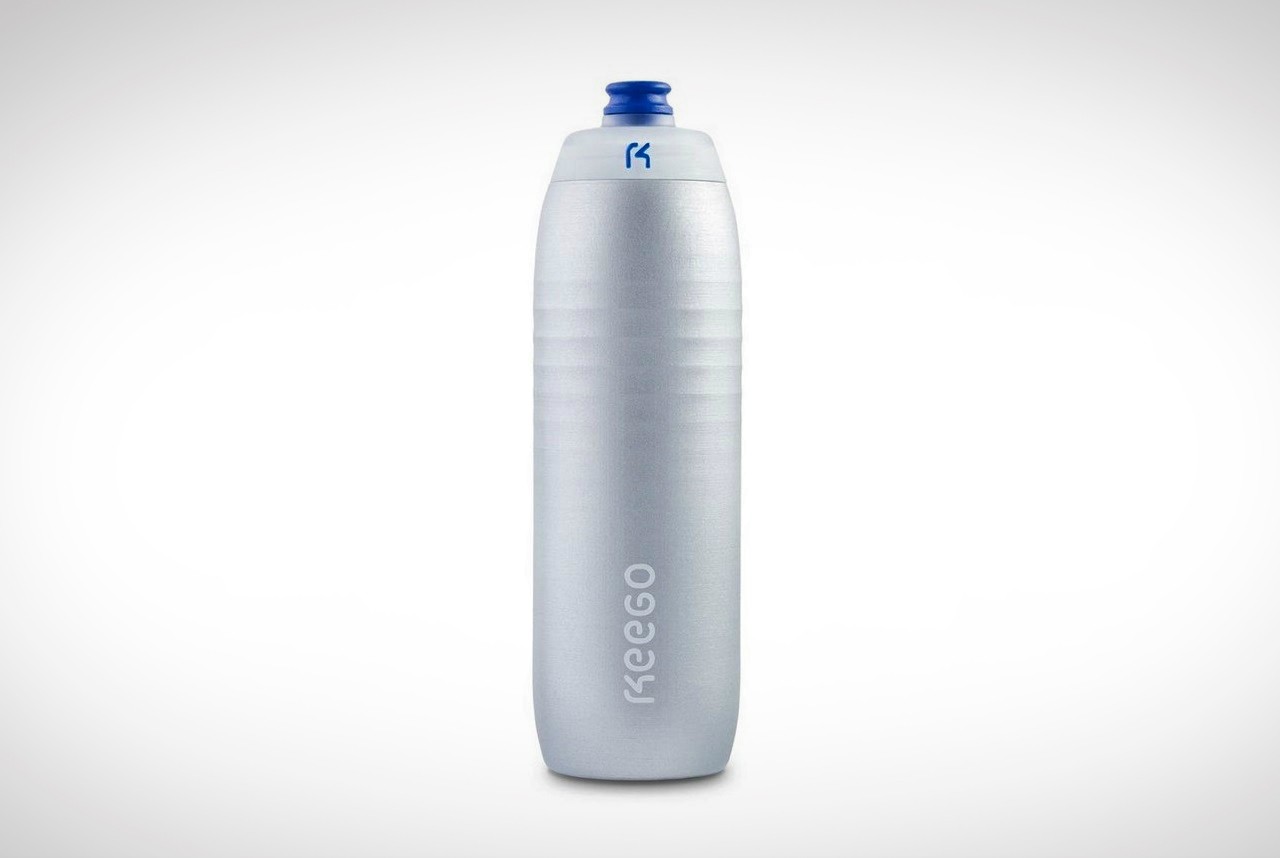 While steel maybe “real” as it relates to bike frames, titanium is most certainly an unusual material when it comes to water bottles.

However, the small start-up company KEEGO begs to differ with the launch of its crowd-funding campaign that’s aimed at getting their ergonomic shaped titanium water bottle into full production.

The premise of the KEEGO is simple, the designers wanted to give things a better taste, while encouraging sustainability. To wit:

“Until now all squeezable bottles were made of plastic. Which comes with a lot of disadvantages: Potential health risks, a throw-away mentality and most of all BAD TASTE brought-on by plasticizers and softeners that contaminate the fluid”, says KEEGO’s founders.

“When even the greatest among us have to sacrifice purity and fresh taste for mere functionality, something needs to be changed. After all, next to our willpower, water is the main thing that keeps our body going.”

According to KEEGO, its design was first conceptualized in Switzerland and later developed and produced in Vienna and Denmark.

The design comprises a unique structure that consists almost entirely of titanium, while an elastic core brings elasticity to the monolithic shaped vessel, allowing it to be squeezed like a traditional water bottle.

To accomplish this, the bottle undergoes a special fusion process, wherein the materials are closely modulated in order to achieve the exact amount of elasticity the KEEGO needs to conform to the stress of squeezing, while also being able to return to its original shape.

KEEGO says, this allows the bottle to capitalize on the benefits of both materials, providing better taste and healthier, cleaner liquid courtesy of titanium, along with the ease of use and durability that traditional plastic has to offer.

Unlike heavy metal water bottles, the KEEGO weighs just 98g (3.45 oz), features a silicon spout and is available in three colors for $50.00.

You can learn more about the KEEGO by visiting the company’s Kickstarter page here.