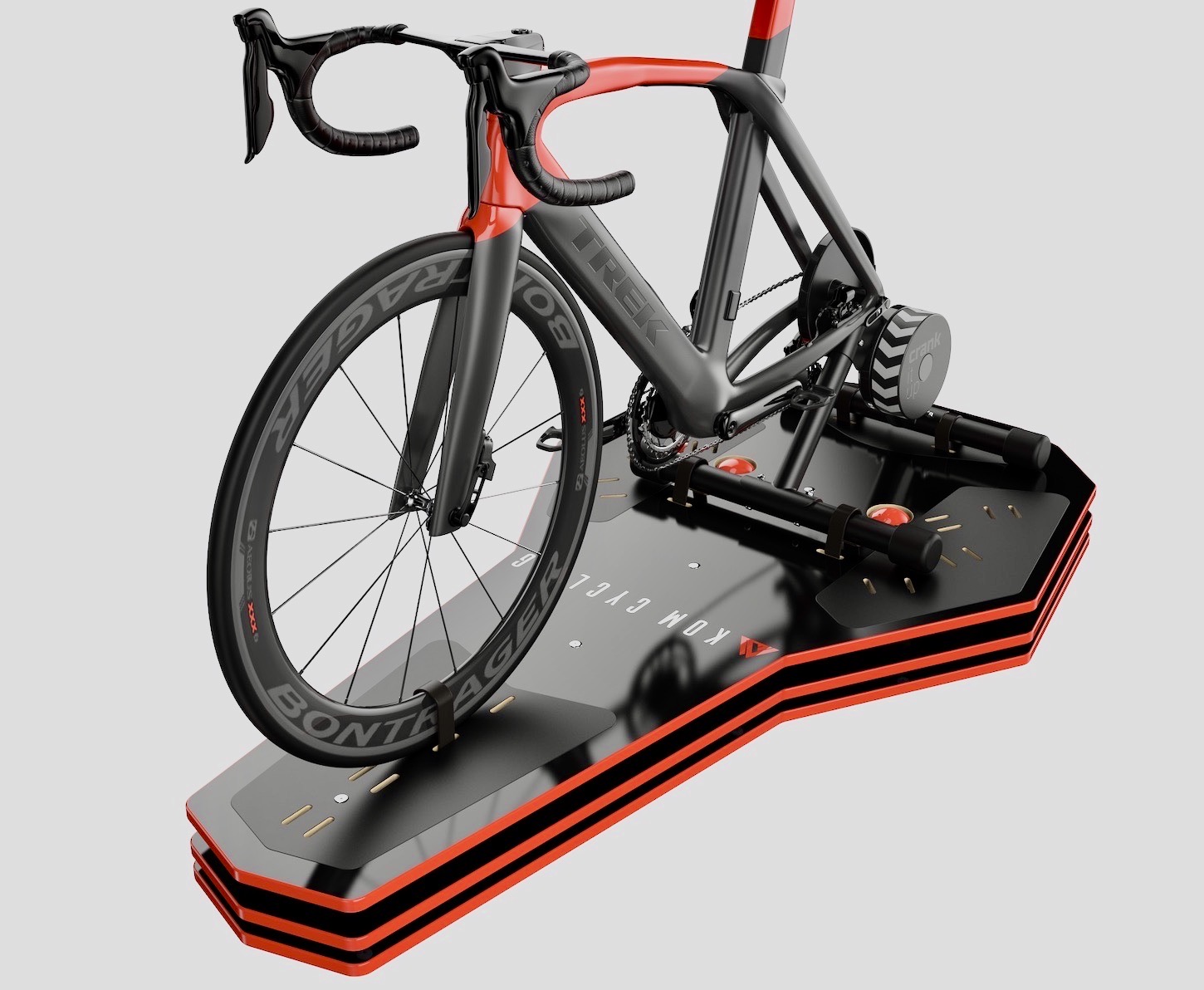 06 May 2021
By Lord Velo - In FEATURED ARTICLES, LATEST ARTICLES, THE DOUBLE DIAMOND

KOM Cycling has launched both an updated version of its indoor cycling Full Motion Rocker Plate called the RPV2, which allows a bike to move more naturally during stationary training, along with an upgrade kit for its original model.

According to KOM Cycling, the updated rocker plate model adds fore and aft motion to the side-to-side motion compared to its initial model, the RPV1.

KOM says it’s reinforced the three plates for added durability, enabling the RPV2 to handle a total load up to 425 pounds.

“During outdoor cycling the bike actually moves quite a bit under the rider which, among other things, engages different muscles and minimizes joint strain. That’s what the new Indoor Cycling Rocker Plate is designed to mimic,” said KOM founder Austin Loper. “In addition to the 13-degree horizontal float on our highly popular RPV1 – provided by inflatable, adjustable balls wedged between the base and middle plates – we’ve added a third level to the new model which attaches by three roller bearing rails, allowing for up to nine inches total of smooth fore and aft motion.

“This helps the rider move WITH the bike rather than against it, decreasing static pressure on joints and allowing you to crank out your hardest sessions yet on most indoor trainers. This is especially critical during the hardest efforts like out-of-saddle sprints and climbs. It also gives indoor riding a much more dynamic feel more reminiscent of outdoor cycling.”

Multi-directional mounting slots in the top plate of the Cycling Rocker Plate RPV2 allow it to be used with virtually any indoor trainer on the market, including smart trainers from brands like Wahoo, Saris, Tacx, Elite and others.

KOM’s tools and accessories are sold dealer direct to retailers. Currently, its indoor riding products, including the rocker plates, are sold consumer-direct and via Amazon and Decathlon. Loper said the company will offer dealer-direct sales for the indoor riding products next winter season. Interested dealers can contact support@komcycling.com.

The company is also in negotiations with U.S. and Canadian distributors, he said.