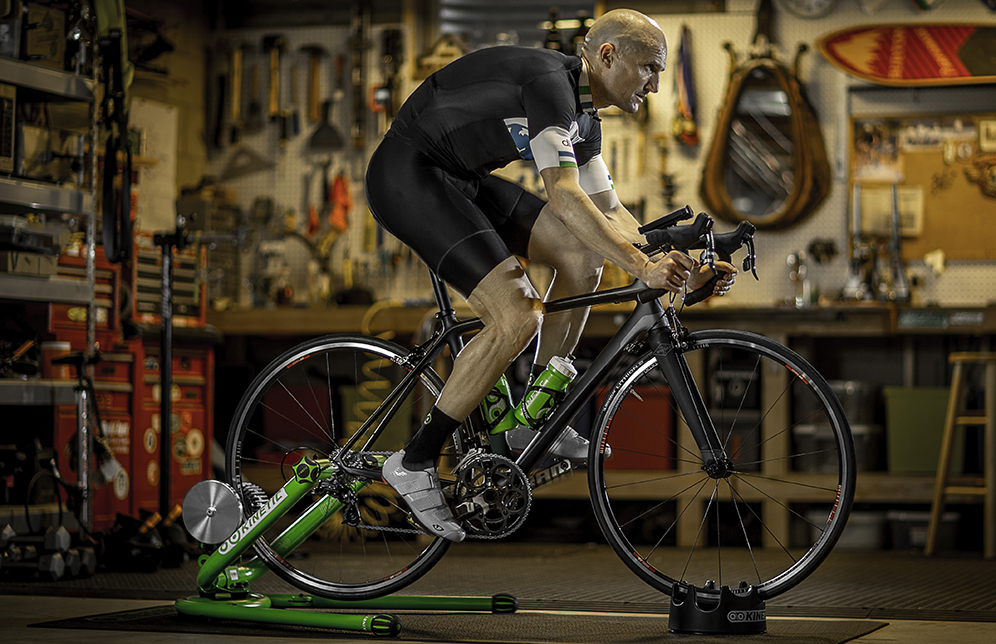 It’s not too late to conquer the doldrums of winter, at least that’s what Kinetic thinks with their new Fit App.

The new cycling app is designed to not only measure and record metrics such as speed, power, cadence, heart rate, and calories via one’s  smartphone or tablet using Bluetooth, but it can also provide fitness challenges, that include hundreds of workouts, guided training plans, scheduling and more.

Here are some of the key features:

According to Kinetic, all a cyclist needs to do is simply mount his or her bike on either the NEW Rock and Roll | Smart or NEW Road Machine | Smart trainer, download the free Kinetic Fit App (which is both iOS and Android compatible), and get started. And, from there, satisfied users can upgrade to Kinetic’s premium subscription and unlock an even greater host of features.

Kinetic says, Smart was the best moniker to hang on its new trainers, by virtue of their inRide and Fit App’s hardware and software platforms, which are designed to work together, to not only keep cyclists informed of their workout data, but also to guide them toward what they should be targeting as well.

This is accomplished by the inRide and Fit Apps’ ability to transmit workout metrics wirelessly to a smart device, wherein workout data such as speed and cadence are simultaneously displayed, along with guided workouts that provide power and cadence targets as well.

Kinetic says, this aids cyclists with not only performing workouts based on their current fitness levels, but also encourages them to target optimal cadence and power thresholds as well.

To learn more, check out Kinetic’s site, along with the following video. Kinetic Fit App