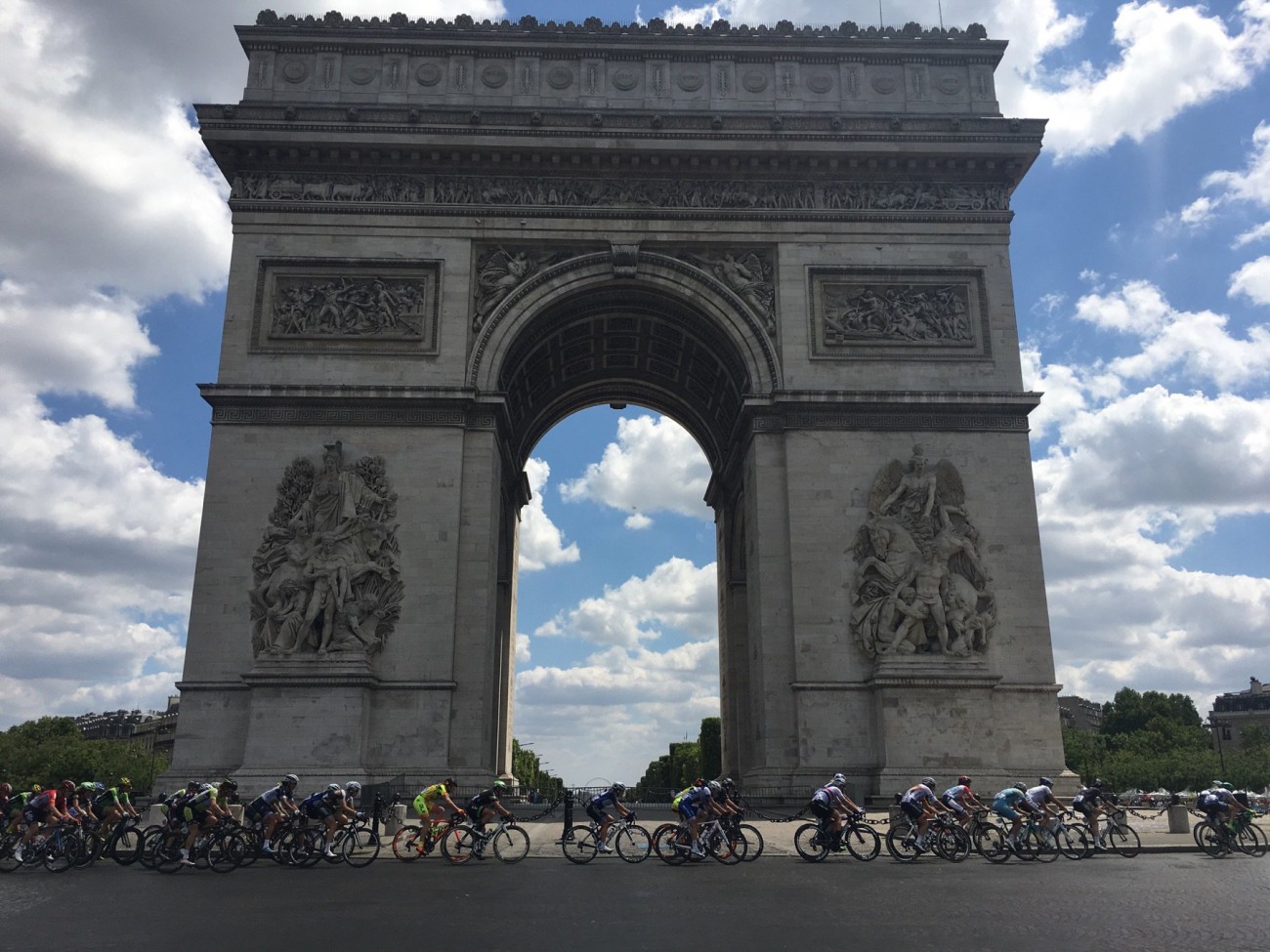 “My team were incredible,” Hosking said after celebrating with her family. “We missed the first break but we had everyone on the front for that move. We never gave up and they protected me and put me in position. I’m so lucky.”

Today’s third edition of La Course saw 21 teams take the starting line for 13 laps around the Champs Elysees –  for a total of 89 kilometers.

However, the peloton was keen to never allow the quartet to stray beyond 10 second advantage. And, with 48 kilometers to go, the escapees were eventually reined in by the chase.

From there, a series of failed attacks got underway, with Tibco-Silicon Valley’s Kathrin Hammes featuring prominently amongst those attempting to ride clear.

At this point, Rabobank became determined to keep Marianne Vos in contention, as they proceeded to shut down any further attacks.

However, during the penultimate lap, Brand decided to attack again, this time taking Amy Pieters (Wiggle) and Lauren Stephens (Tibco-SVB) along with her.

Not long after, a crash toward the end of the penultimate lap took down a number of riders, causing momentary chaos for the peloton.

Meanwhile, back up front, the trio was still holding onto 10 second gap – heading into the final lap.

Once again however, the peloton was plagued with crash during the closing lap, leaving several riders injured on the course.

In the meantime, the escapees were caught during the last 3.7 kilometers.

Shortly thereafter, but another crash would disrupt the peloton during the final 2 kilometers, this time claiming a large number of casualties and reducing the main field to just 30 riders.

However, a vigilant peloton was quick to mark the Dutch rider’s aggressions, with Hosking ultimately making her way up through the middle of the group to over-take her rivals by several bike lengths to seize the victory.