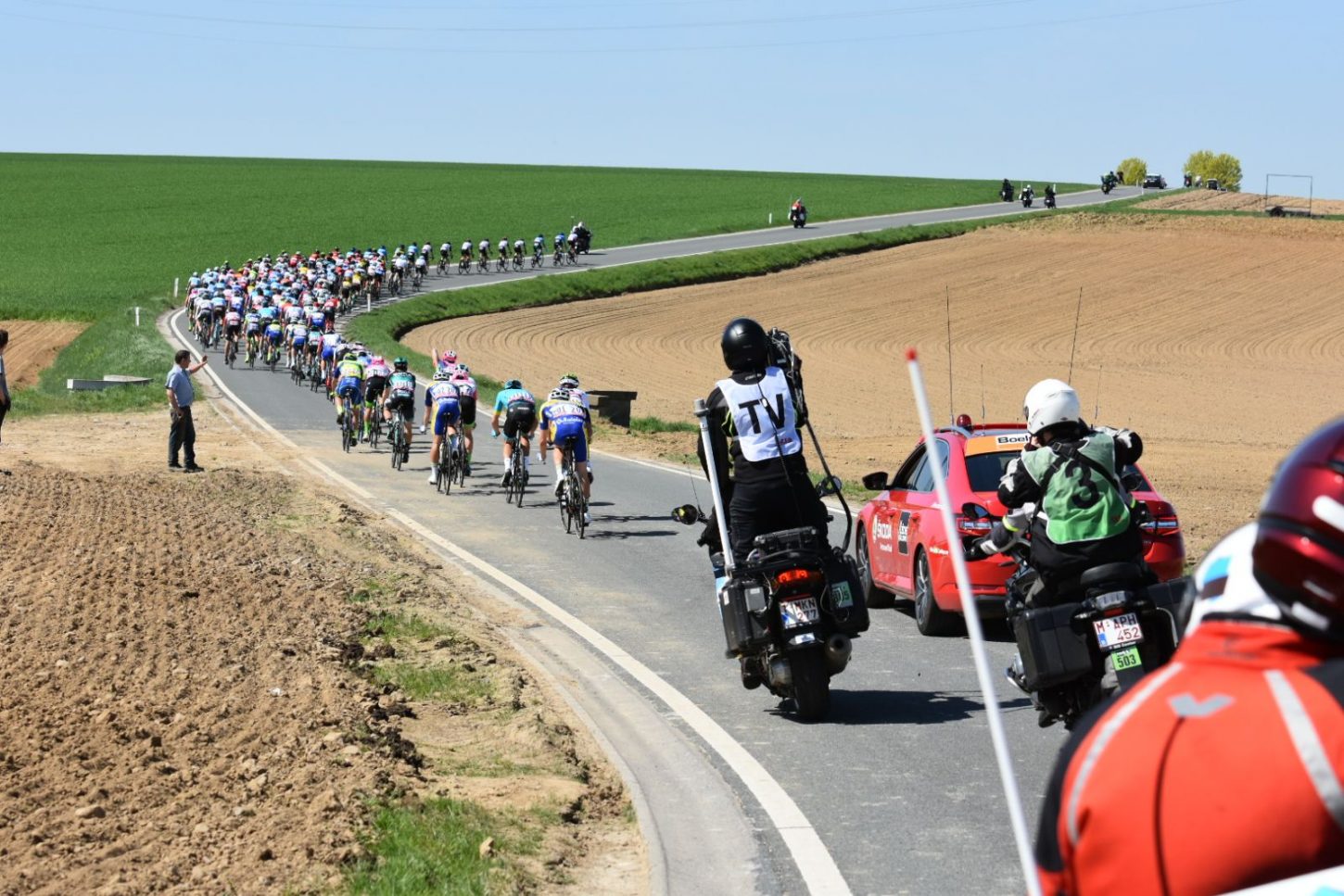 Alejandro Valverde (Movistar) won’t make it five wins in a row atop the Mur de Huy! The Spanish veteran found a young rival finally able to overthrow him with Julian Alaphilippe (Quick-Step Floors) dominating everyone in the infamous climb. The Frenchman claims his biggest win to date with just before turning 26 years old… the same age Valverde was when he claimed the first of his nine victories in the Ardennes (5 at la Flèche, 4 at Liège). Jelle Vanendert (Lotto Soudal) finishes third after an impressive outing on the Mur.

Alejandro Valverde’s Movistar and Dan Martin’s UAE Team Emirates quickly took the front positions of the pack to control the gap. The attackers’ lead was down to 4’10” atop the côte de la Redoute (km 82). The peloton maintained the gap around 4 minutes before accelerating on the way to Huy. The leaders summited the Mur for the first time this Wednesday (km 140.5) with an advantage down to 1’25”, with Michal Kwiatkowski (Team Sky) already featuring early moves.

The Polish puncheur couldn’t get away from Movistar’s watch but attacks kept going until a group of six managed to go clear 37km away from the finish: Jack Haig (Mitchelton-Scott), Anthony Roux (Groupama-FDJ), Vincenzo Nibali (Bahrain-Merida), Cesare Benedetti (Bora-Hansgrohe), Tanel Kangert (Astana) and Maximilian Schachmann (Quick-Step Floors). Together, they extended their lead to 40” as they faced the Mur de Huy for the penultimate and second climb while Dan Martin (UAE Team Emirates) dropped out of contention.

The gap even increased to 55” with 17km to go, until Mikel Landa (Movistar) received some help with Tiesj Benoot (Lotto Soudal). Roux and Benedetti got dropped in the Côte de Cherave while the peloton got back only 15” behind. Kangert and Nibali were caught at the foot of the final climb, while Maximilian Schachmann (Quick-Step Floors) went on his own, only to be caught with 200m to go by… his teammate Julian Alaphilippe, stronger than anyone on the Mur de Huy.