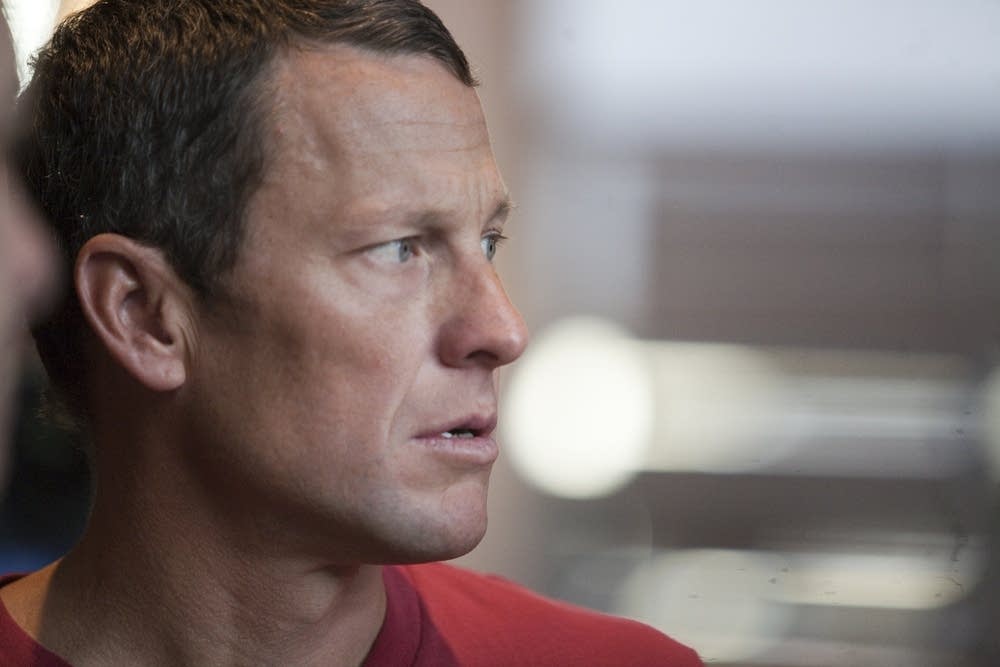 Lance Armstrong’s legal team is attempting to exclude a list of potential witnesses and evidence from the disgraced cyclist’s upcoming $100 million trial for civil fraud.

The list includes two longtime nemeses, Betsy Andreu and Greg LeMond, as well as the damning report issued by the US Anti-Doping Agency (USADA) back in 2012, which paints a picture of Armstrong as being the mastermind behind a widespread, systematic doping program while leading the US Postal Service cycling team.

Armstrong’s attorneys want to keep all of the above out of this November’s trial, when a jury is scheduled to hear the federal government’s case against the defrocked Tour de France champion, whereby the US government is suing Armstrong on behalf of the US Postal Service, which paid $32.3 million to sponsor his cycling team from 2000 to 2004.

Betsy Andreu is the wife of Frankie Andreu, Armstrong’s former teammate on the US Postal Service team.

“She has been and remains a long-time vocal critic of Armstrong, appearing on television whenever possible to criticize him, and attributing to Armstrong her husband’s lack of greater success in his career after being a cyclist,” Armstrong’s attorneys wrote in new court filings. “She has no relevant testimony to offer and she should not be permitted to testify in this case, or use it as a soapbox for impugning Armstrong’s character.”

However, Betsy Andreu disputes this claim.

“I’ve turned down requests to go on TV and other forms of film, as well as declining public appearances,” she told USA TODAY Sports. “Mr. Armstrong’s lawyers are not telling the truth by saying otherwise. They must be worried about the case if they want to limit me, a stay-at-home mom Mr. Armstrong is obsessed with, from testifying against him. I was drawn into this mess because I refused to be part of the Armstrong lie. I cannot impugn Mr. Armstrong’s character. He does that himself by his actions.”

Armstrong’s attorneys also say LeMond, a former Tour de France winner, is not relevant to the case and describes him as a “vocal critic” of Armstrong’s as well.

The issue is not whether Armstrong used performance-enhancing drugs, but whether he defrauded the Postal Service and the government under the False Claims Act. The government argues Armstrong’s cycling team violated its sponsorship contract by doping and then concealed it to keep getting paid. If successful, the government conceivably could get its money back times three – nearly $100 million.

“While LeMond is well-versed in the prevalence of doping throughout the sport during the relevant time period (1997-2004) and still owns the record for the fastest time trial in Tour de France history, he has no personal knowledge regarding Armstrong, the USPS sponsorship agreement, or invoices submitted for sponsorship payments,” said the document filed by Armstrong’s attorneys at the firm Keker Van Nest & Peters.

However, Armstrong’s attorneys argue that the Postal Service suffered no damage from the doping scandal, rather it got what it wanted from its sponsorship agreement, including high profile publicity when Armstrong was wearing the USPS jersey at the height of his fame. It wasn’t until 2012 that the U.S. Anti-Doping Agency released a massive file of doping evidence against him and banned him from cycling for life. After denying it for more than a decade, he then confessed in January 2013.

Armstrong’s attorneys want that USADA report banned from trial as well, saying it is inadmissible hearsay. The report included signed statements from other riders about Armstrong’s doping and led to Armstrong losing all of his sponsors. When it was released, this report – called the “Reasoned Decision” – was accompanied by a statement from USADA that said the Postal Service team “ran the most sophisticated, professionalized and successful doping program that sport has ever seen.”

“This prejudicial overstatement reflects the attitude of the report’s authors, and the aggressive agenda to take down Armstrong that the report was written to fulfill, and hence the prejudicial bias which saturates the report,” Armstrong’s attorneys wrote.

The requests by Armstrong’s attorneys to exclude this from trial are part of the case’s motions in limine, in which both sides attempt to forbid the other side from presenting certain evidence or witnesses to a jury.

The government previously had pursued questions in the case about a car accident in Aspen in late 2014. That’s when Armstrong hit two parked cars with his vehicle and let his girlfriend, Anna Hansen, take the blame for it to avoid making news. Hansen later admitted to lying about what happened but was not charged. Armstrong pleaded guilty to careless driving. The government previously said the incident was relevant because it showed Armstrong’s pattern of dishonesty and concealment.

The case against Armstrong was originally filed in 2010 by Armstrong’s former teammate, Floyd Landis, who is acting as a government whistleblower and might get a cut of the damages if the government succeeds. The government joined his case in 2013.

“This Court has already instructed the parties that it will not permit at trial the type of far-reaching attacks on Lance Armstrong’s character that have populated plaintiffs’ filings in this case and have long characterized their approach to discovery,” Armstrong’s attorneys wrote. “Rather than attempt to anticipate every unfair, prejudicial, below-the-belt strategy the government and (Landis) may come up with at trial, Armstrong instead moves to exclude all evidence regarding his past, other than that relating to his use of performance enhancing drugs during the sponsorship and his denials of PED-use during that same time period. Those topics are fair game.”

The trial is scheduled for federal court in Washington, D.C. Judge Christopher Cooper will make the call about what is excluded at trial.

“All other attacks on Armstrong’s character that have surfaced during discovery, including but not limited to his personal relationships with women, whether or not he used PEDs during his comeback in 2009 and 2010 (Armstrong insists he didn’t), responses to the USADA’s investigation and ultimate ban of Armstrong, and his encounter with cyclist Tyler Hamilton in 2011 at the Aspen Restaurant Cache Cache, should be excluded,” Armstrong’s attorney wrote. “This case is about alleged false claims submitted to the USPS between 2000 and 2004. The Court should limit the evidence about Armstrong to what is relevant to those claims and not permit the trial to become a referendum on unrelated behavior.”