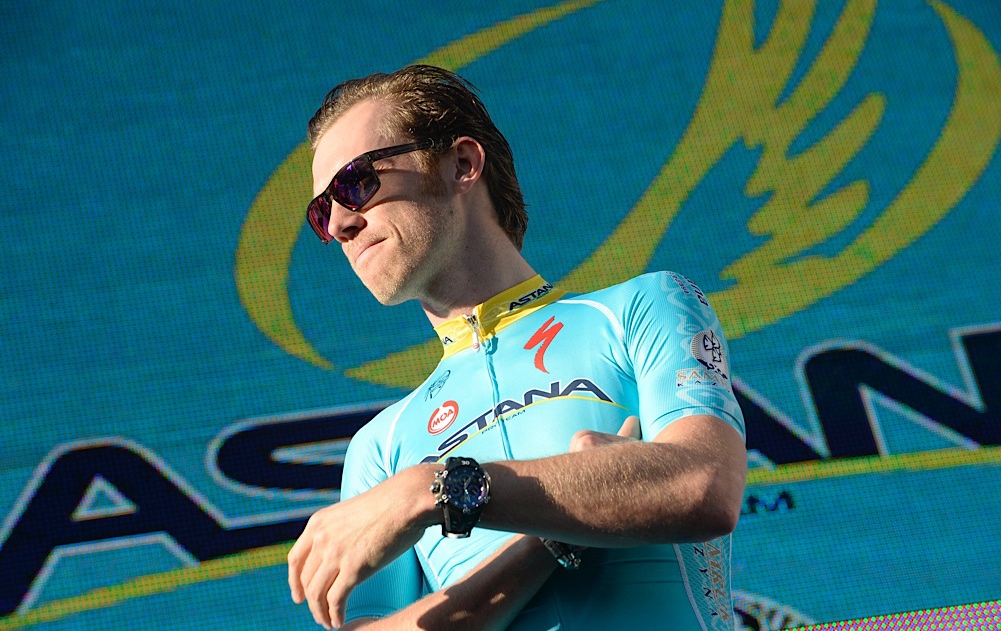 03 Jul 2015
By Gianni Pericolo - In LATEST ARTICLES, THE GREAT RACE

Astana is once again at the center of controversy, after Lars Boom was booted out of the Tour de France today, because of low Cortisol levels on the eve of the start.

Riders are allowed to use the anti-inflammatory drug out of competition, however, it’s forbidden while racing unless a rider is granted a Therapeutic Use Exemption (TUE).

Astana is a member of the MPCC (Movement for Credible Cycling), which applies stricter rules than the International Cycling Union (UCI) and the World Anti-Doping Agency (WADA).

“According to article 9 of the MPCC the return to competition will be made after at least eight days of rest,” the MPCC said in a statement on today.

Team manager Alexandre Vinokourov suggested Astana could leave the MPCC so that Boom may begin the race.

“Either the UCI allows us to replace Boom or he starts with us. Never mind the MPCC,” the Kazakh told the French sports daily L’Equipe.

Astana were last year faced with being stripped of their World Tour licence following positive dope tests and only learned they had retained their WorldTour team status in late April.

“Our team is followed closely. Our training programme has been spoken about and we’ve paid the price for the riders who doped but we can’t pay the price for mistakes we haven’t made ourselves,” Nibali said earlier on today.