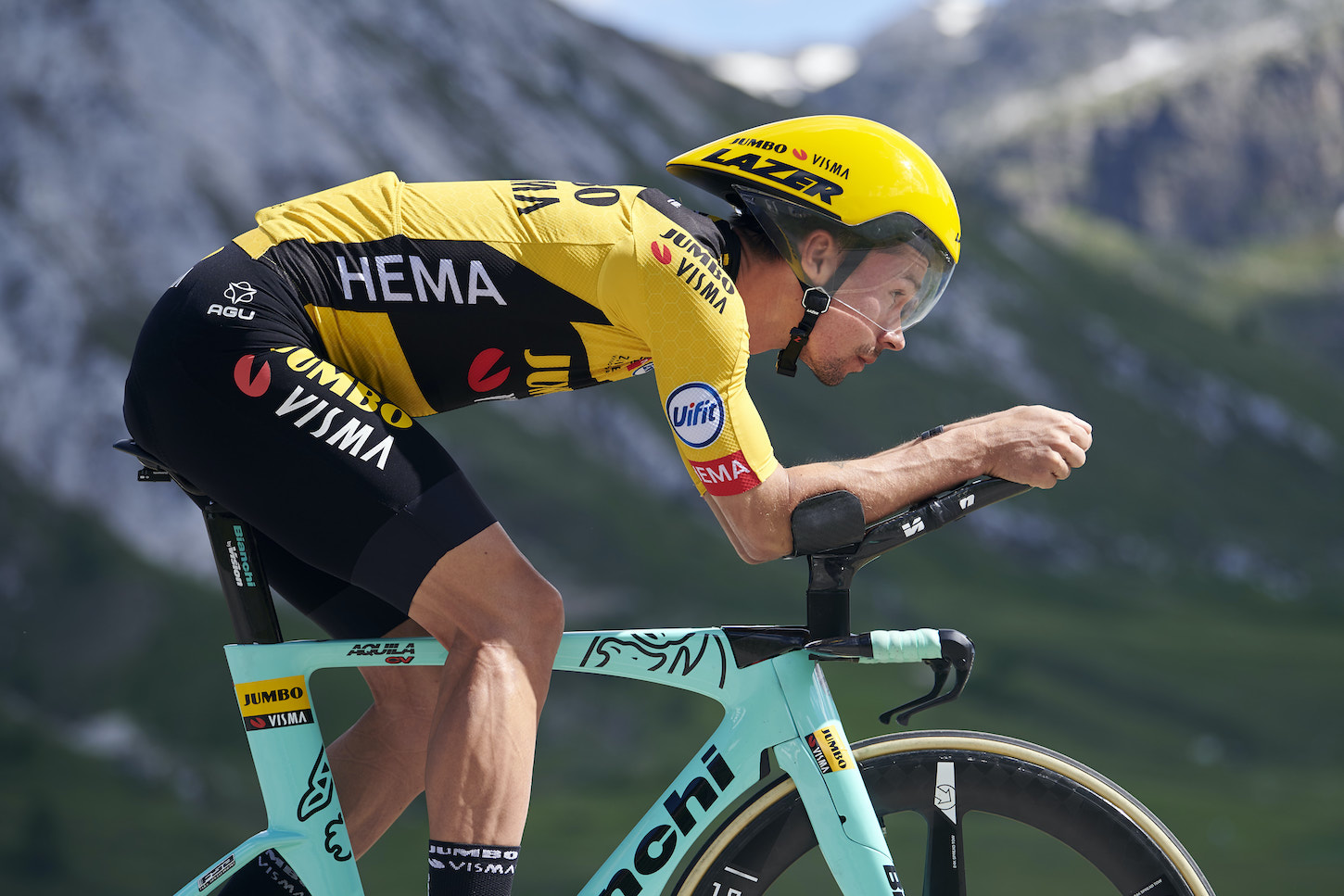 Lazer has unveiled its latest time trial helmet called the Volante, which the Belgian brand claims is the world’s fastest helmet of its kind.

Building upon the success of its Wasp helmet, the Volante has been designed to further cheat the wind, thanks to extensive wind-tunnel testing and feedback from WorldTour teams like Sunweb and Jumbo-Visma.

“Speed, speed, speed. Whether it’s on the track, during a triathlon or a time-trial, all the details count to be able to maximize the speed while saving up energy. Aerodynamics lay in the details. In order to help athletes all around the world achieve the best performance possible, we designed a brand new helmet: Volante,” says Lazer.

The Volante’s centerpiece is a panoramic magnetic lens, which as the name implies clips to the helmet via magnets, offering both full eye protection, as well as the ability to be easily removed in the event the lens gets steamed up.

There’s also what’s called a stuff box that allows either a ponytail or ice to be stowed inside the back of the helmet.

Available in black or white, the Volante sells for $364.95, which comes with a mirrored, smoke lens. A clear lens can be purchased separately for $29.95.