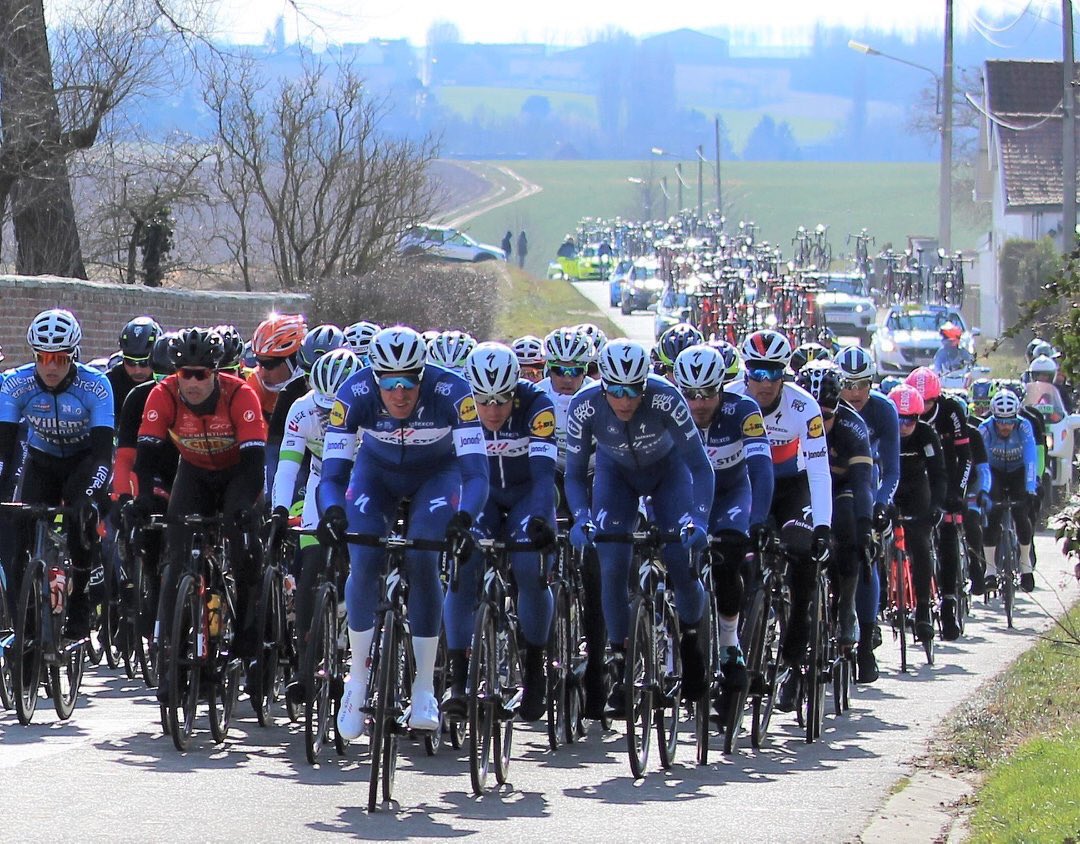 Quick-Step Floors stamped its authority on today’s Le Samyn, after Niki Terpstra and Philipe Gilbert delivered a one-two punch to claim the top two spots on the podium in the Belgian Classic.

Terpstra managed to jettison his breakaway companions, one of whom was teammate Gilbert, with a bold attack during the last 15 kilometers to seize a solo victory, marking a second win in the cobbled race for the Dutch rider.

Meanwhile, Damien Gaudin (Direct Energie) took the last spot on the podium, after being dropped by Gilbert during the last 3 kilometers.

The duo had been part of a decisive spit in peloton earlier in the race, bringing seven riders along with them.

With two of its riders up ahead in the lead group, Quick-Step Floors oddly led the chase in earnest, eventually making the junction to the leaders, along with 10 other riders.

Heading into the final 25 kilometers, Van der Sande and Kirsch found themselves distanced by the fast pace being set by their fellow escapees, leaving just Terpstra, Gilbert and Gaudin out front.

With no impetus left in the chase group, Gilbert decided to attack, forcing Gaudin to chase while Terpstra followed in his slipstream.

Moments later, Terpstra commenced a second attack, one that would prove to be his winning move.

From there, Terpstra opened up a sizable gap over a tiring Gaudin, while Gilbert proceeded to sit on his rival’s wheel.