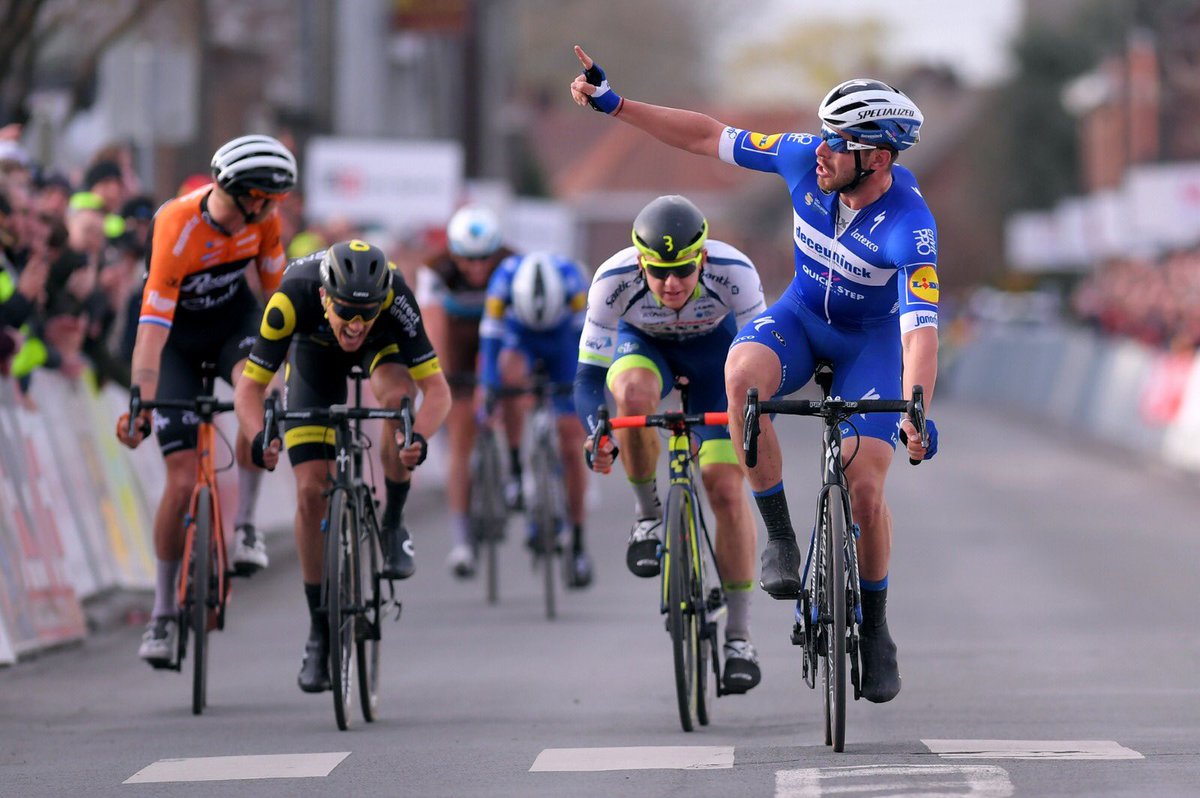 Indeed, following on the heels of Zdenek Stybar and Bob Jungels’ salvo of wins in last weekend’s Omloop Het Nieuwsblad and Kuurne-Brussels-Kuurne, Deceuninck-Quick Step went into Le Samyn as the favorites.

While there are plenty of bigger, more prestigious, races to follow, Deceuninck-Quick Step’s rivals must already be wondering what they must do to stop the blue steamroller. Last year Patrick Lefévère’s squad ended the season top of the UCI WorldTour rankings. And, despite losing top-guns like Niki Terpstra ​and Fernando Gaviria to rival teams, they’re looking even stronger than last year.

After first Stybar won his maiden Flemish classic on Saturday, Jungels surprised many the following day with his first win on the cobbles. On Tuesday it was the turn of Sénéchal who added a 14th win of the season to the Belgian squad’s collective palmarès.

Sénéchal’s win came after the leading group of 10 riders had waited patiently until the final kilometer when it reeled in another Deceuninck-Quick Step rider Tim Declercq, who himself had briefly threatened a maiden win following a late attack.