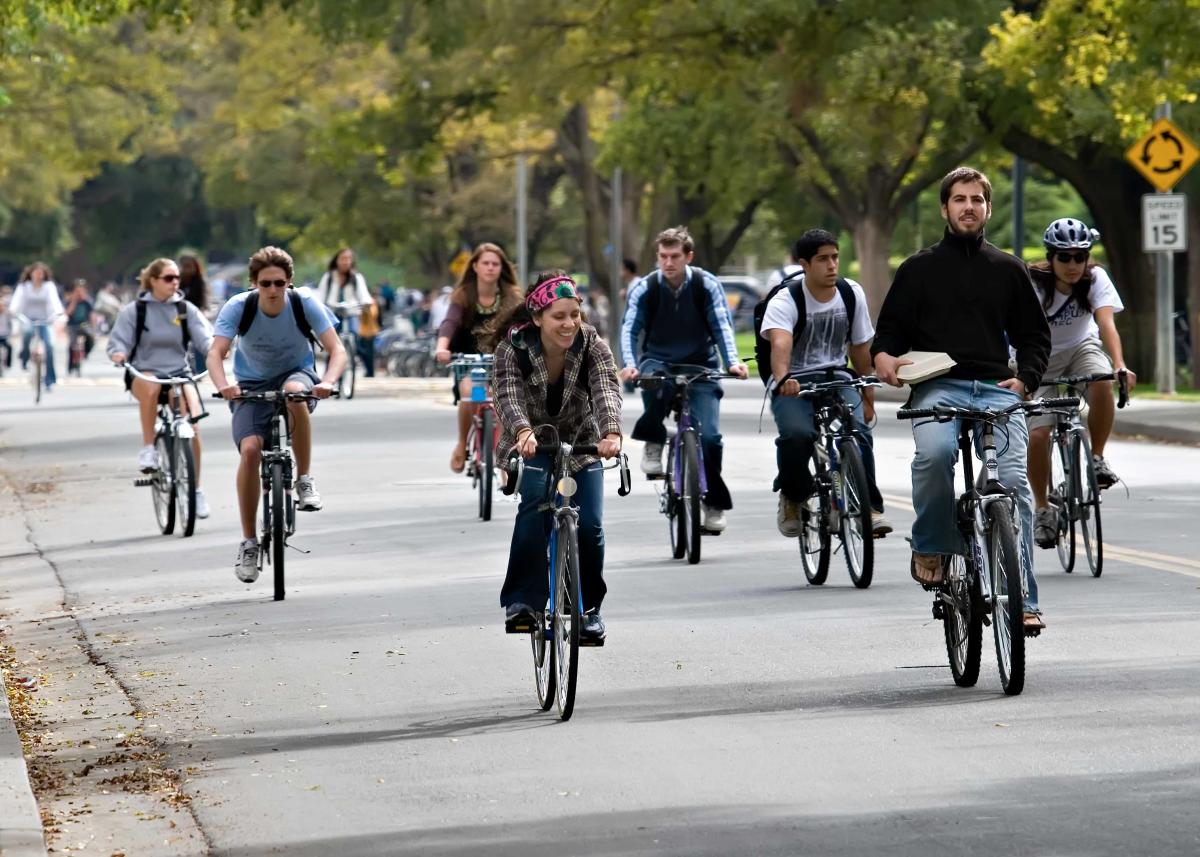 Just four years ago, the League of American Bicyclists awarded its first round of Bicycle Friendly University designations, recognizing campuses that are making bicycling an integral part of the college experience. Today, the BFU program graduated to a new level, announcing a record-breaking number of top-performing colleges and celebrating the largest pool of applicants ever.

With this week’s announcement of 49 new and renewing Bicycle Friendly Universities, there are now 127 BFUs in 42 states — marking a five-fold increase from 2011. In the time it takes many to earn a college degree, a new class of visionary leaders has taken up a fresh academic mission: To widen the transportation horizons for tens of millions of students and faculty members.

“In its fourth year, we’ve seen the Bicycle Friendly University program reach an exciting level of growth and momentum, as more and more campuses support bicycling in new and innovative ways,” said Amelia Neptune, the League’s Bicycle Friendly University program manager. “From bike storage inside dorm rooms to bicycle-powered music festivals, we applaud this round of BFUs for raising the standard of what a bicycle-friendly campus looks like.”

With this round, the number of universities achieving the highest distinction grew to five, with three new colleges rising to Platinum status: the University of Minnesota, Portland State University and Colorado State University.

“Colorado State University and the Campus Bicycle Advisory Committee are beyond proud to receive the Platinum designation,” said Aaron Fodge CSU’s Alternative Transportation Manager. “Our 2011 Silver designation and subsequent guidance from the League set in motion a grassroots effort across campus to integrate the bicycle into every facet of our campus culture. Our employees and students followed the League’s blueprint to preserve future bicycle corridors, enhance our enforcement, significantly expand our bike parking, and dedicate a strong commitment to data-driven decision making. The culmination of these efforts led to a new transportation division, a bike master plan, and a dedicated annual budget from parking revenue with Platinum as our goal. Platinum for CSU validates the ongoing commitment of our daily bicycle commuters and our strong relationship with our host community – Fort Collins. We accept the challenge of representing the League as a Platinum Bike Friendly University as a new beginning. There is much to do and we’re ready to get started.”

Proving that there’s always more to do, Stanford became the first BFU to renew its Platinum status.

Also graduating to higher levels of bicycle-friendliness, the University of California-Irvine is among four colleges that moved up from Silver to Gold status.

“This honor was achieved in great part by the enthusiastic support of our faculty, staff and students who make biking an integral part of the campus culture,” said Ron Fleming, Director of UCI Transportation and Distribution Services. “As we continue our widespread efforts to ensure that all bicyclists have the necessary knowledge and skills to ride confidently, we are also dedicated to serving our community through the continued growth of unique programs and enhancement of campus infrastructure.”

Growing the ranks of BFUs, The University of Tulsa is one of 25 new Bicycle Friendly Universities that achieved a Bronze designation this round.

“After receiving an honorable mention designation in 2014, the feedback we received from the League helped us to focus and strengthen our efforts to build on the existing bike culture at TU and led to the creation of the TU Rider Network (TURN),” said Lauren Wagner, Manager of the TU Rider Network. “The League’s dynamic and rigorous Bicycle Friendly University program provides both incentive and reward as we work to connect students, faculty, and staff with the Tulsa community through cycling to promote a healthier, more environmentally friendly world.”