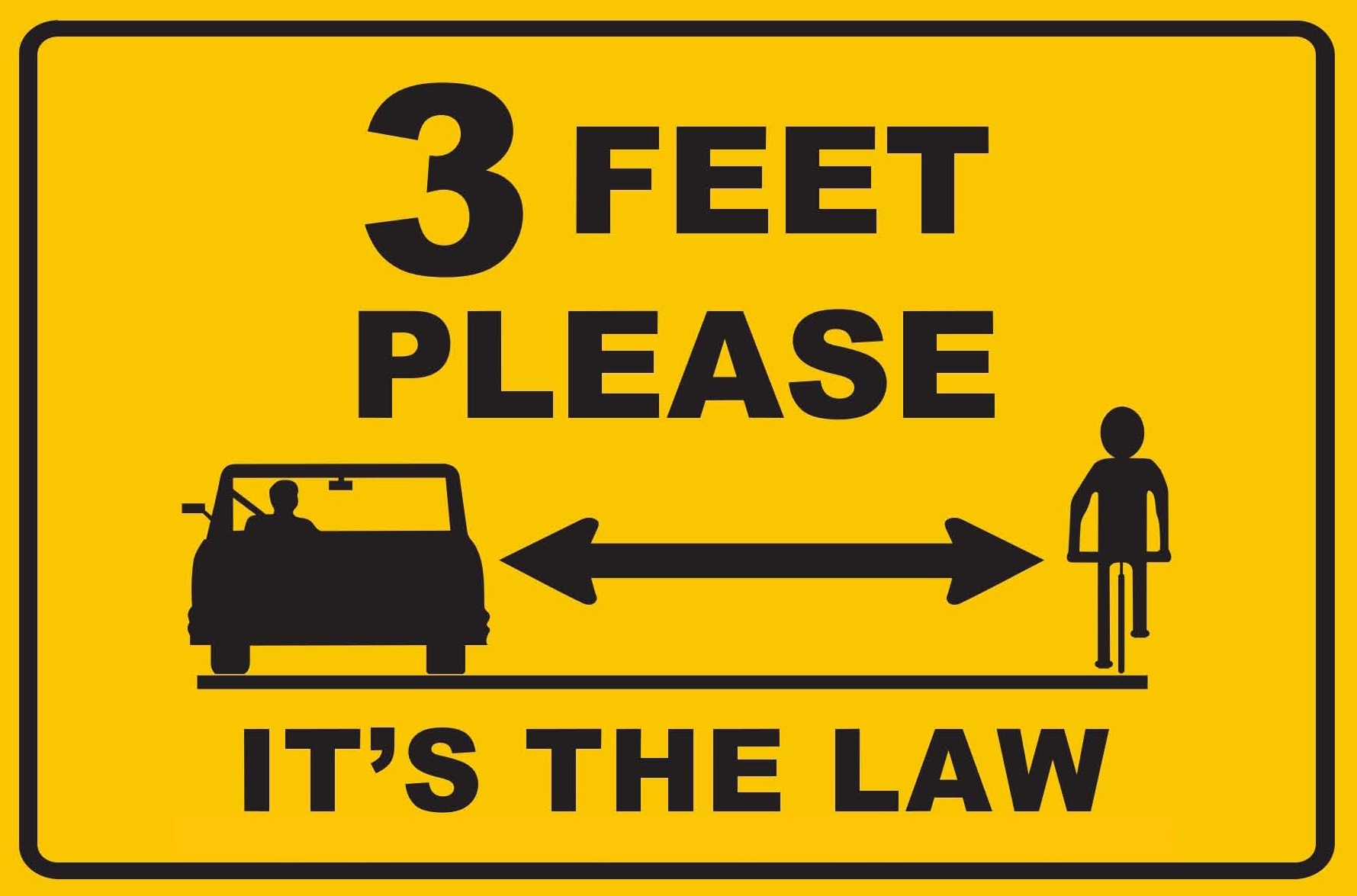 It’s a common cliché that cyclists are “scofflaws” who either don’t know or don’t care about traffic laws (recent research indicates that everybody breaks traffic laws). But in my experience, cyclists not only know the laws but actually know them better than anyone else on the road. And that is especially true when it comes to safe and legal passing. As a roadie who logs many miles, you are likely an expert on the difference between a safe and dangerous pass. After all, your body and welfare are on the line.

Drivers, on the other hand, are often clueless about what makes a pass dangerous, and even less informed about what the law has to say. And when motorists collide with cyclists, we often hear that it was a tragic “accident” and that “nobody” was to blame. But somebody is to blame, and unfortunately in our auto-centric society, the blame often falls upon the victim, who “shouldn’t have been riding there.”

Well, the reality is that when a driver makes a dangerous pass, the driver, not the cyclist, is breaking the law. And because that’s so unclear to so many drivers, states are increasingly establishing a minimum safe-passing distance that spells it out for drivers with a “bright line” rule about when a pass is too close. Typically, the minimum safe passing distance in these states is specified as three feet (although that varies in some states), so these safe passing laws are often called “three-feet laws,” but some states have four-feet and five-feet passing laws, and others have “safe passing” statutes. (Here’s what the safe passing laws are in all 50 states).

But as everybody knows, some drivers continue to make unsafe passes, even after the law explicitly tells them the pass is unsafe. And I often hear from police that these laws cannot be enforced. So what good is a three-feet law if it’s being ignored?

I think one of the big benefits of the law is its educational value. When three feet became the law in California last year, the new law was in the news for weeks. Think about that — for a few weeks, how to safely pass a cyclist became a statewide conversation in our nation’s most populous (and trend-setting) state. That is huge. And that’s not the only reason these laws are important (although there’s always room for improvement).

But unless the laws are enforced, the message sent to unsafe drivers is that they will not be held accountable. And many say the laws are unenforceable. But as it turns out, three-feet laws are enforceable. As law enforcement officers in Austin, Texas, Naples, Florida, and Chattanooga, Tennessee have ably demonstrated, where the will to enforce the law exists, it is enforceable. Passing these laws helps educate the public, but enforcement is essential to making the law work.

And it’s not just the general driving public that needs to be educated. On July 11, a California Highway Patrol officer buzzed several groups of cyclists outside of Glendora, CA — and then returned to explain why the law “required” him to buzz them. Although the buzz itself wasn’t captured on video, the officer’s bizarre (and completely wrongheaded) understanding of California law was caught on video.

They say a journey of a thousand miles begins with one step. The minimum three-feet passing laws are only one step on the way to safer roadways for cycling, but an immensely important step that has garnered momentum state by state. The driving public tends to only obey laws that are enforced, and it’s high time the police get on board with three-feet passing laws. This starts with understanding what they are, accepting them as law, and finally enforcing them. It’s time to take another step on that journey and do what it takes to make safe passing laws and the officers who enforce them the norm, and not the exception.