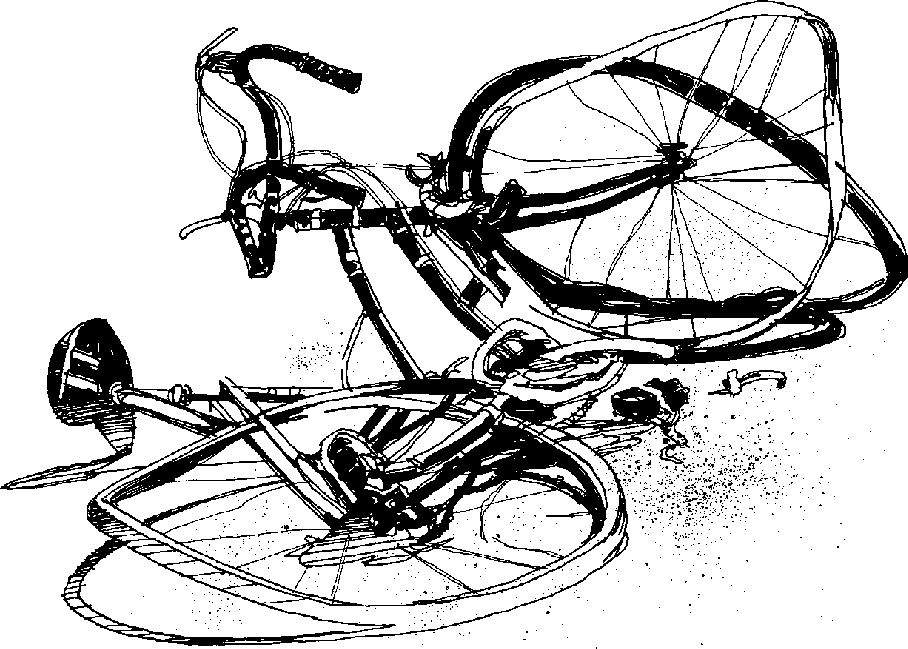 Question: What are the consequences for a driver who is paying more attention to the dial of their stereo, their coffee, a passenger, or their cell phone than they are to the roadway upon which they are traveling in their motor vehicle, if they hit and kill or seriously injure a cyclist?

Answer: Not much. In most states, unless the driver was proven to be intoxicated or they were driving in a grossly negligent (criminal) way, they will receive a traffic ticket at most — which can usually be paid through the mail. No crimes charged, no court appearance, no significant fines, no driving suspension. Just drop a check in the mail and let the insurance company deal with the damages (that is, if they are insured).

Why: In order for a crime to be charged in the situation posed, the prosecutor would have to prove ‘beyond a reasonable doubt’ that the driver behaved in a criminally or grossly negligent way. You probably think that operating a huge machine in a distracted manner is grossly negligent. I do too. But under most states’ criminal statutes, to be shown as ‘grossly negligent’ would require an extreme act like driving 90mph through a school zone populated with children and hitting one of them. Short of egregious and shocking behavior, it is tough to get a conviction under the requirements of criminal driving statutes.

Solution: Vulnerable Road User laws (VRU laws). The term comes from Europe and it contemplates the fact that some road users are not surrounded in steel and safety glass, wearing seat belts, as motorists are. These ‘vulnerable users’ include cyclists, but also pedestrians, equestrians, skateboarders, and farm workers. Generally, VRU laws apply when a driver commits a driving infraction and a cyclist or other vulnerable road user is seriously injured or killed as a result. In other words, the driver faces a penalty more serious than a small fine, but less serious than criminal penalties.

Some examples of the types of penalties available in the various VRU laws are enhanced fines (higher than the standard traffic violation), driver’s license suspension, jail time, completion of a traffic safety course, and community service. In other words, the VRU laws fill in the middle ground between paying a few bucks and going away to prison for years.

About half the states and the District of Columbia have statutes on the books that protect vulnerable road users in some way (these include anti-harassment of cyclist laws), and five states have comprehensive laws that specifically mention and define vulnerable road users and lay out penalties for violators of their rights. Those states are Delaware, Hawaii, Oregon, Vermont, and Washington. The Wisconsin Bike Federation is working to get the Badger State to be the next to join this short list of states that specify vulnerable road users and lay out the specific legal process for prosecution and punishment of those who violate VRU laws.

Who is against this bill: Some elected officials and special interest groups feel that the VRU bills are ‘special laws’ for cyclists. Others claim we have too many laws already. This is a mentality that allows the status quo of dangerous and deadly driving without consequences to continue. This perspective might make sense if we, as a driving society, had enough compassion for our fellow road users. But the sad truth is that distracted and dangerous driving continues, and these VRU laws are an attempt to curb and correct that poor behavior by establishing more severe consequences for people whose driving errors needlessly injure or kill vulnerable road users.

Lastly, there seems to be a prevailing mentality that the roadways are simply too dangerous for anything but motor traffic, that if you choose to use the roadways without being surrounded in a cocoon of steel you have assumed the risk. However, we know from studies that the presence of humans in our traffic system who are vulnerable to motor vehicles has the effect of making roads safer for everyone, including people in motor vehicles. For this reason, any laws that give enhanced protection to the most vulnerable of road users is a step in the right direction.