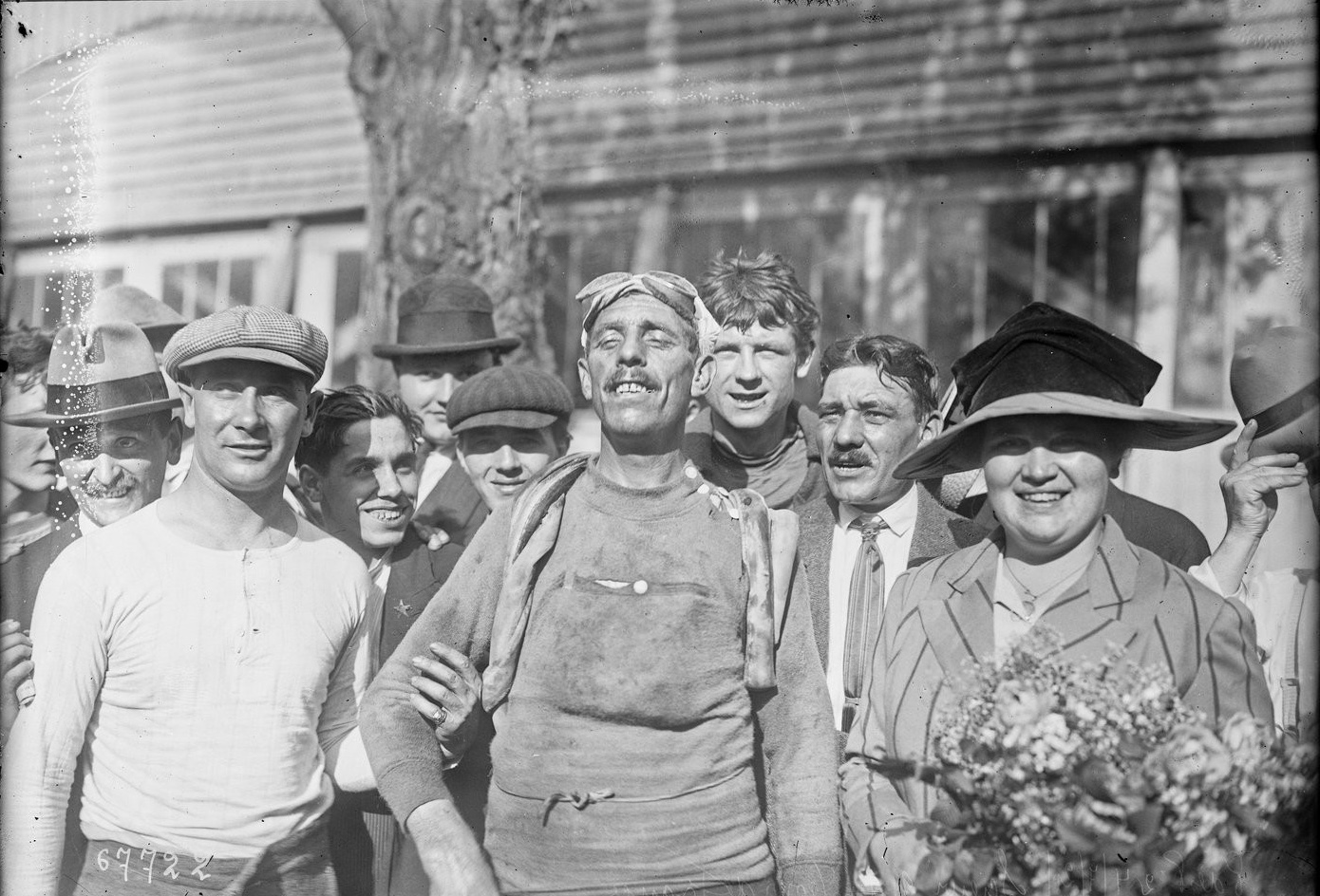 The Belgian rider is best remembered for winning the 1921 Tour de France ahead of Hector Heusghem of Belgium and Honore Barthelemy of France.

Scieur also claimed one of the five Monuments of cycling, after winning the Liege-Bastogne-Liege Classic in 1920.

Scieur was the son of a farmer in Florennes, near Charleroi in Belgium. He began work as a glassmaker before being introduced to cycling by his neighbor, Firmin Lambot, who taught him to ride a bike at the late age of 22.

After working as a mechanic during World War I, Scieur returned to racing, competing in the revived 1919 Tour de France for which he just missed out on a spot on the podium after finishing in fourth.

According to reports, he punctured as many as six times between Le Havre and Cherbourg, while foul weather further added to his misfortune.

In fact, officials noted that Scieur was seen huddled in a doorway trying to repair one of the punctures.The report goes on to describe how he had acquired a needle and thick thread from the woman in whose doorway he was sheltering, but his fingers grew too cold to use them.

He asked the woman to help, but the chief race official, Lucien Cazalis, told him, “it’s forbidden to receive help; you’ll be penalized if madame threads the needle for you.”

Back then, fixing a tire involved stripping it from the rim, cutting the stitching that held the base together, mending the inner tube and then sewing up the tire before remounting it.

Scieur completed the repair, but lost the Tour to Lambot by about the same time it had taken him to fix the tire.

It would take Scieur five attempts to finally win the Tour de France in 1921.

After capturing the lead during the second stage, reports say that he rode so hard to defend his position that race officials and reporters nicknamed him The Locomotive.

Scieur went on to win two more stages from Cherbourg to Brest and from Nice to Grenoble before claiming the overall title.

One of the more memorable moments during that year’s French Grand Tour, was when fellow Belgian, Hector Heusghem, attacked when Scieur had punctured on the Col d’Allos.

Scieur was said to be so angry at this breach of etiquette that he set off after Heusghem, subsequently catching up to his rival and lecturing him on politeness and tradition, before angrily racing off alone to win the stage to Grenoble.

The feud between them especially excited reporters from Belgium, which marked the first year that foreign press agents were permitted to follow the race by car.

Additionally, Tour de France organizer, Henri Desgrange, was so amused by the incident, he wrote a column in L’Auto criticizing riders for being too afraid to challenge Scieur.

For instance, during stage 12 (Geneva to Strasbourg), Scieur was leading the race along with Heusghem and the French rider, Honoré Barthélemy, while Belgians, Firmin Lambot and Louis Mottiat decided to stay in the main group rather than chase down and spoil their countryman’s chances.

While all five riders were on the same team and using tactics that today would be considered normal, Desgrange believed that they should have competed as individuals and not as a team, and banished Lambot and Mottiat to last place.

Another memorable incident was when Scieur broke a number of spokes during the last stage from Metz to Dunkirk and again fell foul of Desgrange’s rules.

He managed to get a replacement wheel, but new rules for that year’s Tour said he didn’t have the right to use it unless he could show race officials that the original was beyond repair.

Since no official saw the incident, Scieur decided to carry the broken wheel on his back for 300 kilometers to the finish. He said it left a mark on his back for the next 15 years.

Scieur was forced to abandon the Tour the following year as a result of a broken fork.

Scieur’s final season was in 1924, which produced no wins for the Belgian rider, prompting him to retire.

Scieur spent the rest of his life in Florennes, where he owned a garage and distribution businesses for coal and gas until his death at the age 81.