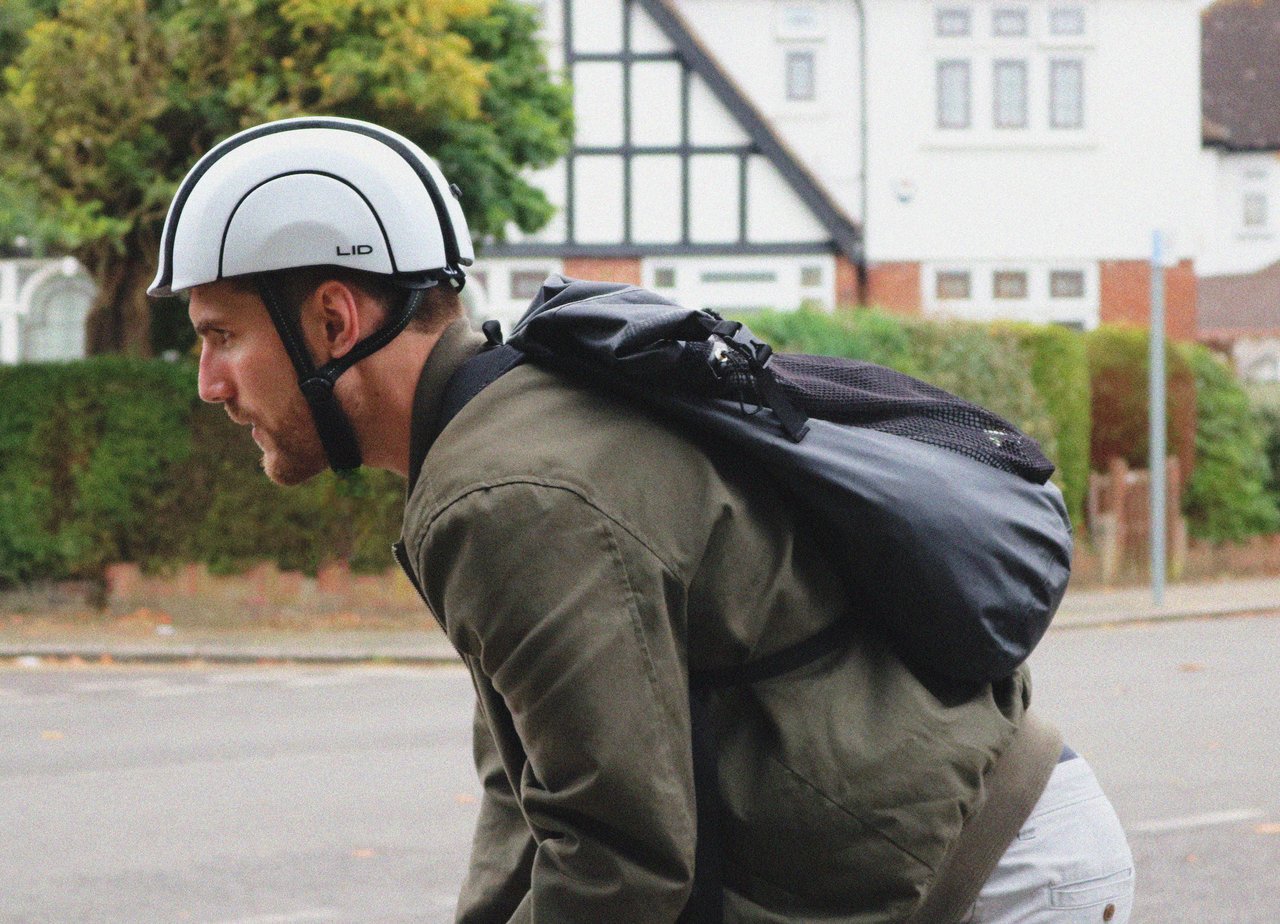 The London-based company, LID, has launched a new helmet that’s made from recycled materials called the Plico, which can fold into a fraction of its size, allowing urban cyclists to carry it virtually anywhere.

With the motto “Safety with Convenience”, LID looks to address the common complaints amongst cyclists, in that helmets are a hassle and often unstylish – believing safety and convenience should go hand-in-hand.

Due to the rapid rise in commuter cycling across the world, combined with the inconvenience of carrying and storing a helmet, LID saw this as an opportunity to create something innovative.

However, witnessing a fellow cyclist, who wasn’t wearing a helmet, take a hard fall, was the real motivating factor for the brand’s founder, Sam Terry, to design and develop an eco-friendly helmet that could fold up into a convenient size, without sacrificing safety.

“If you look at cycling trends over the last 5-10 years, there’s been a transition. 10 years ago, there were a few commuter cyclists and they mostly wore lycra, now cyclists are prominent and they’re riding bike-hire, folding bikes and fixies and wearing the urban cycling ranges by Gant, Levi and Rapha. The roads have changed too with cycle lanes and bike-hire…the only thing that hasn’t moved on is helmets. LID is looking to answer the needs of the urban cyclist. It fits with the lifestyle of commuters and has a great profile”, says Terry.

The Plico was a side project for a number of years, until Terry decided to become fully dedicated to the venture and left his career in finance.

His aim was to not only to solve a problem for urban cyclists, but to encourage more commuters to swap vehicle transport in favor of a bike.

“The environmental and health benefits are undeniable and cycling is the answer for a sustainable future for cities around the globe”, Terry added.

After two years of development, LID has undertaken a crowd-funding campaign on Kickstarter, as a means of raising enough funds to purchase the necessary tooling to get the Plico into full production phase.

Following its launch on Kickstarter, LID will go consumer-direct, offering the Plico through its website, Amazon and a select handful of independent bike shops in major cities.

The Plico will be available in five colors and feature a clip-on rear light for night riding.