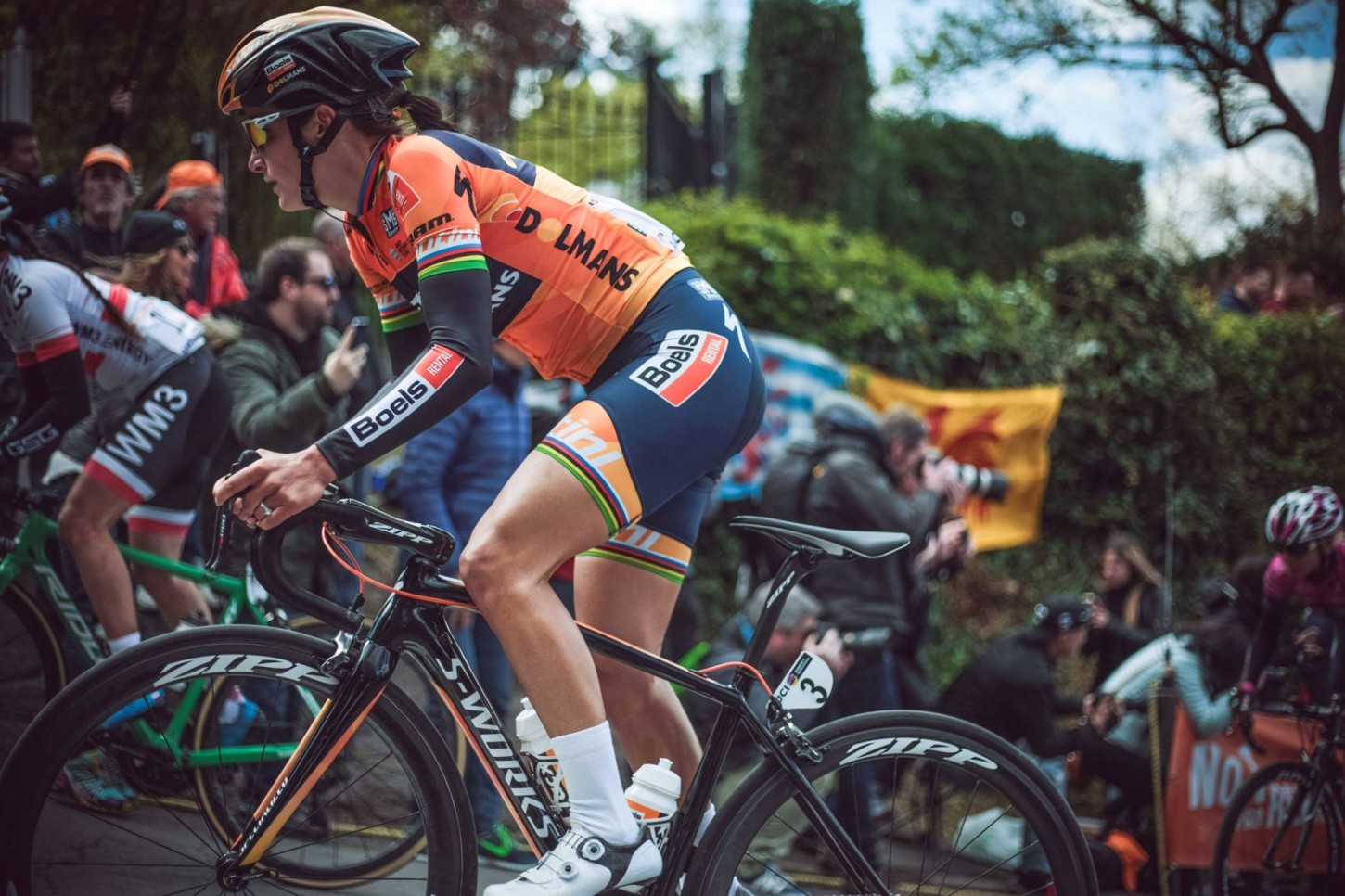 Boels-Dolmans Cycing Team completed a clean sweep of the three Ardennes classics today, after Anna van der Breggen soloed to victory at Liège-Bastogne-Liège. It was another one-two punch for the Dutch team as Lizzie Deignan bested Kasia Niewiadoma (WM3 Energie) for second place.

“I was aiming to be good this week, but I never expected something like this,” said Van der Breggen. “It was an important week. I hoped to win one of them. I think Liege is a beautiful race, so if I could win this one, I’d be really happy but to win three of them. Wow.”

Van der Breggen is not the first to win Amstel Gold, Flèche Wallonne and Liège-Bastogne-Liège in the same year. She is, of course, the first women to accomplish the feat, as this is the first Ardennes week for the women’s peloton; however, two men have completed the triple before her: Philippe Gilbert (2011) and Davide Rebellion (2004). No team has ever put two riders on the podium of every Ardennes race let alone two riders in the top two positions.

“People keep asking if I’m disappointed,” said Deignan, who finished second to Van der Breggen at Amstel Gold, Flèche, and Liège. “Of course I’m not. I’ve ridden beyond expectations this week in terms of the preparation I had coming into it. Anna is a great champion, a great teammate. We’ve had an amazing team performance this week – not just me and Anna but the whole team. It’s important the other girls are recognised as well. Without them, we wouldn’t be here.”

Like at Amstel Gold and Flèche Wallonne, Van der Breggen and Deignan benefitted from a numberical advantage. The pair followed an attack by Niewiadoma near the top of the Roche-aux-Faucons, the third of four climbs in the 132-kilometer race. Over the top of the penultime climb, Deignan, Van der Breggen, Niewiadoma, Elisa Longo Borghini (Wiggle-High5) and Ashleigh Moolman-Paiso (Cervelo-Bigla) had gapped the remenants of the peloton.

“It was such a tough race, and we had the advantage being two at the front,” said Van der Breggen. “Being together with Lizzie is a big advantage because everyone in the group knows if I attack, they have to close it and Lizzie is in the wheel. We can play the game.”

And play the game they did. The quintet quickly gained nearly a minute advantage on a 12-rider chase group, but the gap began to fall on the run-in towards the final climb. When cooperation waned amongst the leaders, Van der Breggen launched an attack.

“I had a little gap already at the top of Saint Nicolas,” said Van der Breggen. “It was over the top, so everyone was at their limit at that point.”

It was a similar move to the one that netted her the win at Amstel Gold and Flèche Wallone, and while Van der Breggen was relatively confident that it would be successful here at Liège, Boels-Dolmans had a second card to play if needed.

“I thought I could try it, and if it didn’t work, I still had Lizzie behind me,” said Van der Breggen. “That’s where I had an advantage. Because Lizzie is there, people are more hesitant to react to my attack. They know Lizzie can sprint really well.”

There was no catching Van der Breggen. She rode the final seven kilometers solo and celebrated across the line alone. Seventeen seconds later, Deignan bested Niewiadoma for second place.

“I have been really surprised this week,” said Deignan. “The process I go through to get into top shape, I’ve missed the last two phases. I suppose this teaches me to have more confidence when things don’t go exactly to plan.”

“For me, the best part of all this is that I loved this week and I loved being around the team,” Deginan added. “It’s been a hard slog fighting through illness at home, being sick all the time. For me, it’s been a really positive week to have good legs and be integrated into the team again. This gives us all a lot of confidence moving ahead.”