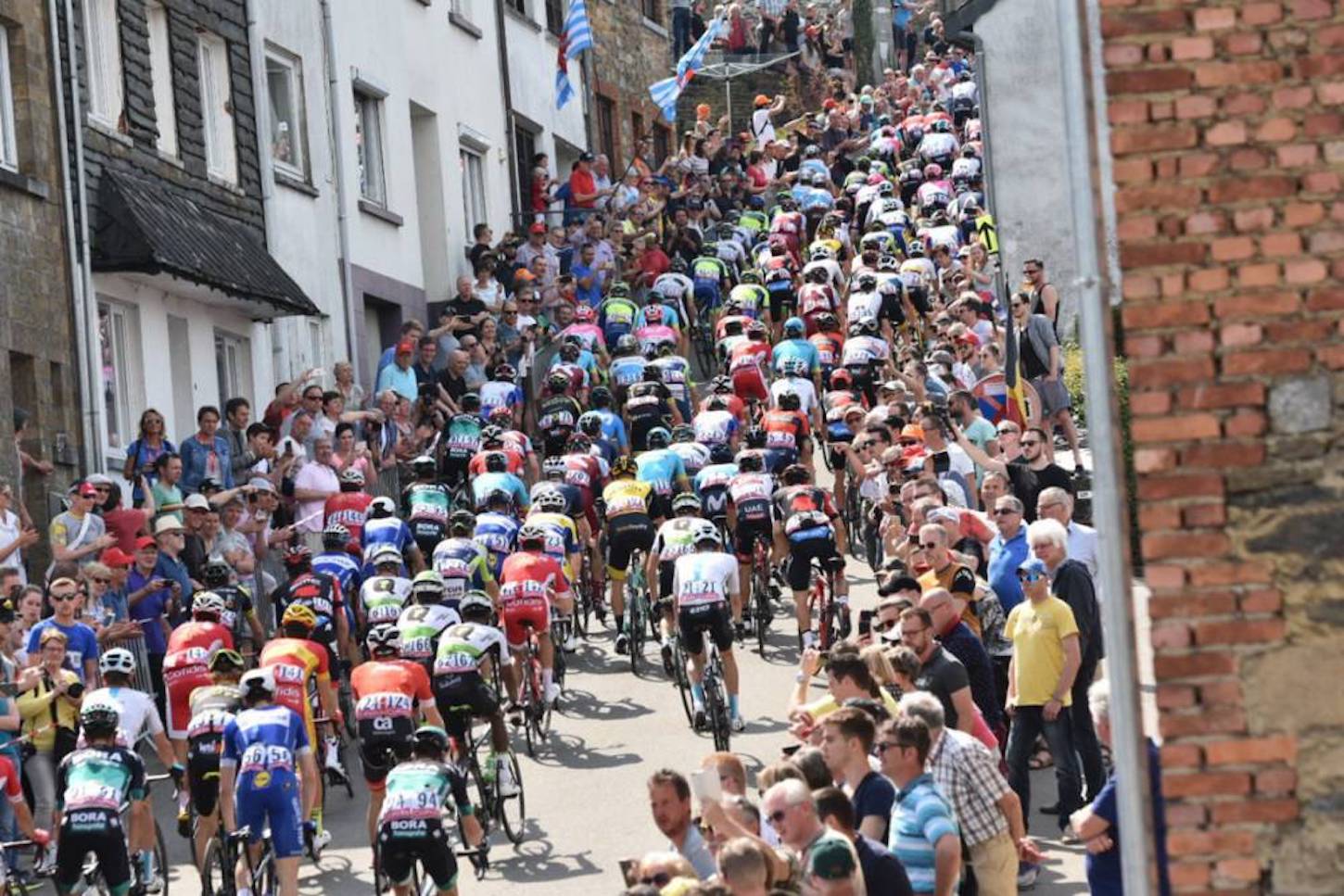 Jungels’ victory today marked only the third time a rider from Luxembourg won the prestigious Spring Monument, as well as the second of two Monuments and 27 victories for his Quick-Step Floors team this season.

Jungels attacked along the climb of the Côte de la Roche-aux-Faucons, subsequently holding-off any challengers during the final 20 kilometers to seize the race honors in solo fashion.

Thousands of spectators lined the roadside under sunny skies to witness the start of this year’s La Doyenne.

From there, the escapees went on to establish an advantage of 6:10 over the peloton after 32 kilometers of racing.

Back in the main field, UAE Team Emirates and Quick-Step Floors led the chase in earnest, later bringing the breakaway group’s gap down to 5:30 once they reached Bastogne.

After cresting the Côte de Saint-Roch the breakaway’s lead was reduced by another minute, with a sequence of climbs still to follow that included the Côte de Mont-le-Soie and the Côte de la Ferme Libert.

Back in the peloton, Lotto Soudal and UAE continued to set a vigorous chase effort, further cutting into the lead group’s advantage by another minute.

With 85 kilometers to go, Pedersen decided to attack his fellow escapees along the Côte de Bellevaux, quickly opening up a 20-second gap for himself. However, he was soon rejoined by his former breakaway companions at the climb of the Côte de la Ferme Libert.

As they approached the infamous Côte de la Redoute, the peloton was now within a minute and a half of the escapees. This prompted Baugnies to set-out with a solo attack. However, the Belgian rider was soon reined in with the rest of the breakaway riders just ahead of the Côte de la Roche-aux-Faucons.

Jungels proceeded to tackle Côte de Saint-Nicolas with fierce intensity, opening up a lead of almost a minute.

Despite a series of attempts led by Lotto Soudal’s Tim Wellens and Jelle Vanendert to reel him back in, Jungels continued to maintain a 20-second advantage during the final 10 kilometers.

With less than 6 kilometers to go, Vanendert attempted a final effort to try and pull Jungels back in, but to no avail.