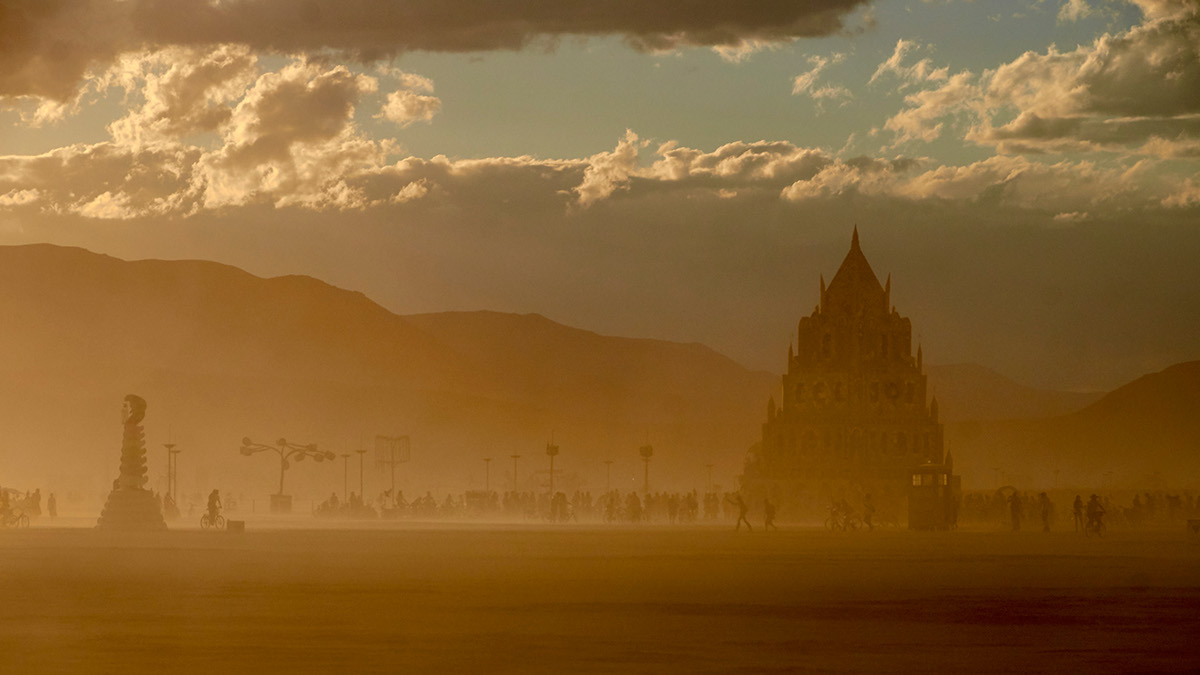 Light and Sand is the title of this fascinating series of images taken by American photographer Joe Atlas at the 2016 Burning Man Festival.

Burning Man is an eight-day festival held each year since 1991 on the salty expanse of the Black Rock Desert, in Nevada, 90 miles north-northeast of Reno.

The event is described as an experiment in community and art, influenced by 10 main principles, including “radical” inclusion, self-reliance and self-expression, as well as community cooperation, civic responsibility, gifting, decommodification, participation, immediacy and leaving no trace.

First held in 1986 on Baker Beach in San Francisco as a small function organized by Larry Harvey and a group of friends, it has since been held annually, spanning from the last Sunday in August to the first Monday in September.

At Burning Man the community explores various forms of artistic self-expression, created in celebration for the pleasure of all participants.

Participation is a key precept for the community – selfless giving of one’s unique talents for the enjoyment of all is encouraged and actively reinforced. Some of these generous out-pourings of creativity can include experimental and interactive sculpture, building, performance, and art cars among other mediums, often inspired by the yearly theme, chosen by organizers. The event takes its name from its culmination, the symbolic ritual burning of a large wooden effigy (“the Man”) that traditionally occurs on the Saturday evening of the event.

Burning Man is organized by the Burning Man Project, a non-profit organization that, in 2014, succeeded a for-profit limited liability company  that was formed in 1997 to represent the event’s organizers, and is now considered a subsidiary of the non-profit organization. In 2010, 51,515 people attended Burning Man. Attendance in 2011 was capped at 50,000 participants and the event sold out on July 24; the attendance rose to 70,000 in 2015. Smaller regional events inspired by the principles of Burning Man have been held internationally; some of these events are also officially endorsed by the Burning Man Project as regional branches of the event.

Atlas, who specializes in commercial photography, says he also loves to capture people and nature in the environs of the “open space”.

These magnificent images of Burning Man nicely portray the bike as still having a major role in the yearly epic event.