“Lightning In A Saddle”: The Life of Forgotten Cycling Champion And War Heroine Evelyn Hamilton 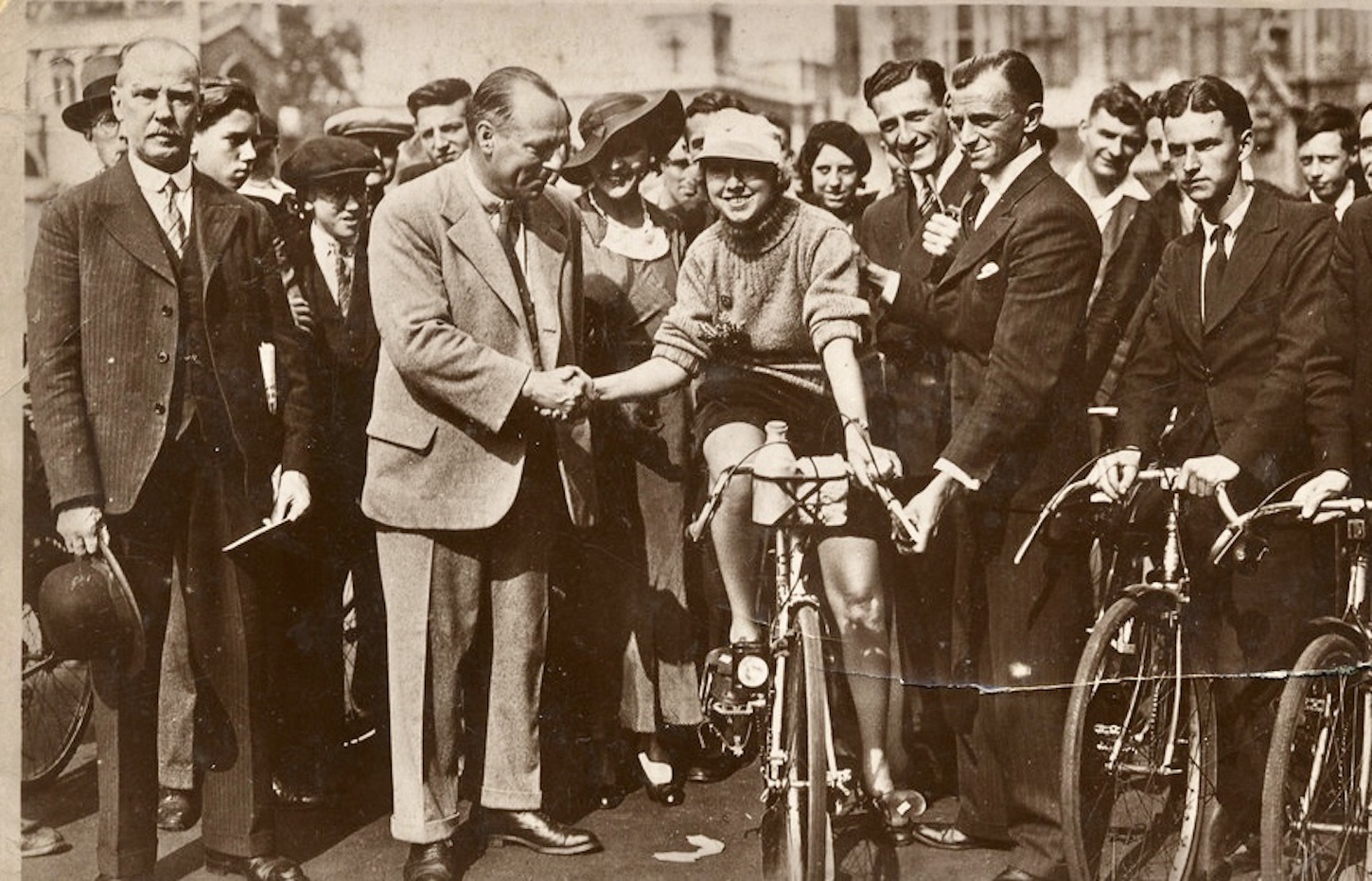 Lightning In A Saddle: The Long, Untamed Life Of Evelyn Hamilton is a work in progress by bestselling writer Joe Kurmaskie.

But, perhaps Hamilton’s real notoriety came in 1934 when she covered a staggering 1,000 miles in 7 days on a Claud Butler bike, later inspiring the British bicycle brand to create a women’s specific light-weight racing model called the Miss Modern in celebration of her feat.

The following year, Hamilton rode from London to John O’Groats Landing, covering 700 miles in four and a half days.

The next year, she amazed the world by riding an unbelievable 10,000 miles in 100 days.

Hamilton and her husband later opened a bike shop in London, which in addition to the Miss Modern also sold premium bike brands and equipment for the aspiring female cyclist.

Hamilton’s life later took an interesting turn though, which found her working in a cafe in Paris during the outbreak of WWII.

There’s all sorts of speculation as to what brought her to the German occupied city, with tales suggesting that she was part of the French Resistance, secretly transporting other Resistance members across Paris on a tandem bike, while her bike shop in London acted as a headquarters for the Resistance’s spy network.

There are further stories that she married a man in Paris named Fernand Maurice Helsen, raising questions about the whereabouts of her former husband John Hamilton.

There’s even a fantastical tale about Hamilton shooting a German kidnapper with a small pistol hidden in her bun, before freeing herself and escaping back to Great Britain.

There’s also lingering questions about the disappearance of her son who was allegedly captured by the Germans and never seen from again.

Hamilton is also believed to have been awarded the Cross of Lorraine, the highest honor France bestowed upon its war heroes. However, there are no records to confirm that this ever happened.

But, some insist the basis for later creating her own bicycle brand, Lorraine Cycles, is evidence of this.

Kurmaskie is also in the process of completing a screenplay from his book in progress.

Dubbed cycling’s female Jackie Robinson meets Saving Private Ryan, it’s an epic story of talent, ambition, fight for equality, recognition and a chance to race against men in the Tour de France.  A pioneer who won the larger races in life by helping others and going beyond herself. A dramatized version of her life – inspired by real events.

Both the book and the film are expected to make their debut later this year.