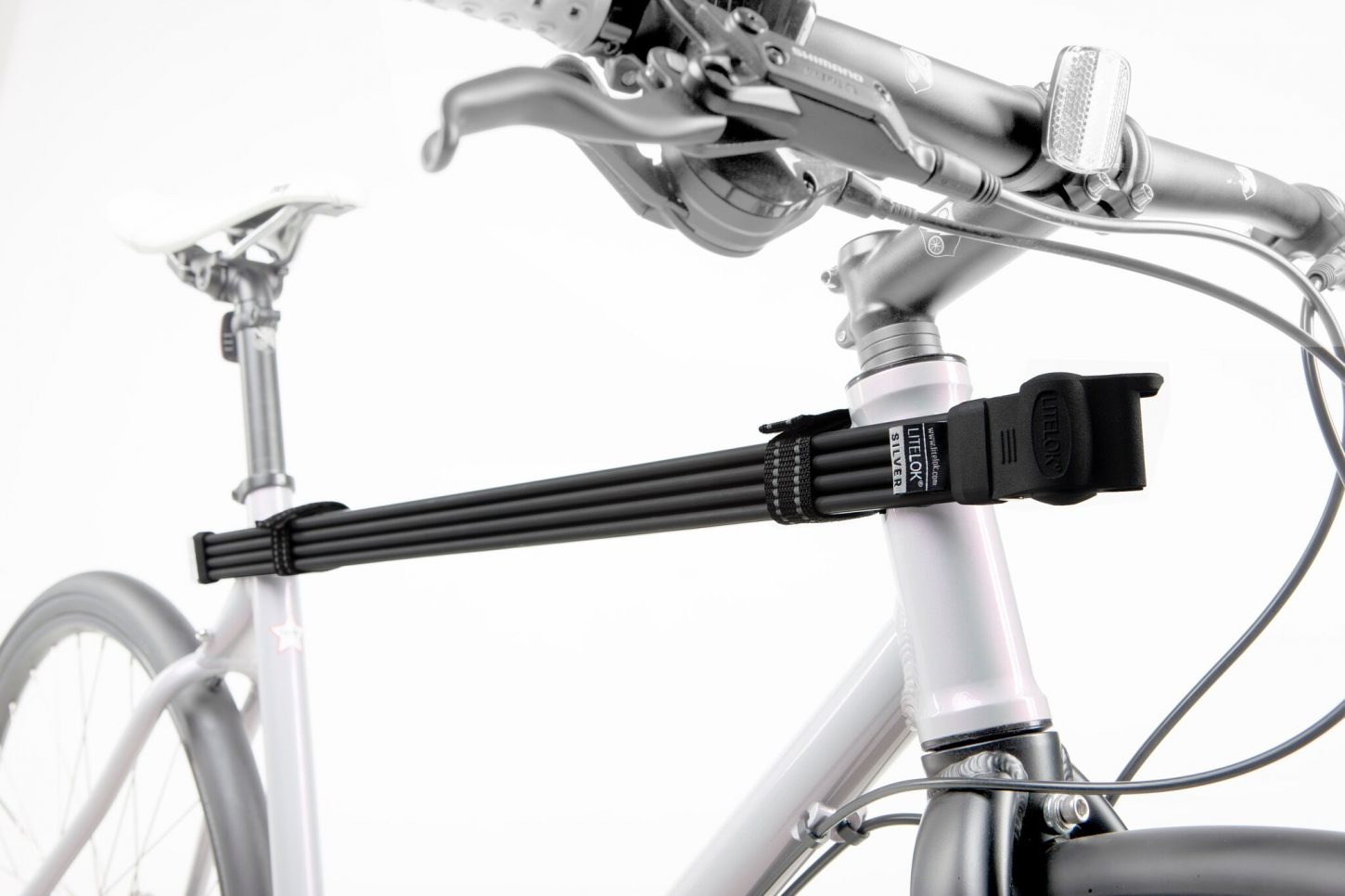 There’s a new bicycle lock getting ready to launch called the LiteLok Silver that takes a “belt and suspenders” approach to security – literally.

According to LiteLok’s founder and engineer, Neil Barron, “after consulting cyclists and bike experts globally he worked tirelessly to ensure every design feature and functionality was met.”

While most high security bicycle locks involve chains or armored cables that are flexible, they’re often awkward and heavy to carry. On the other hand, despite the fact that many U/D locks are small, their inflexibility means they’re only capable of providing limited locking options plus they can be difficult to use in crowded bike parks and often end up rattling on your bike.

Folding locks can be fiddly as well, and posses limited durability with plates and the rivets that are susceptible to cutting from common tools like bolt cutters and drills.

However, the LiteLok Silver has been engineered using the brand’s patented Boaflexicore strap and hardened aerospace-grade steel alloy, making it almost impossible to compromise.

Weighing in at an impressive 1.4 pounds (630g) the LiteLok Silver is flexible, wearable, joinable, rattle proof and easy to use, which is available in three different lengths.

Additionally, according to the Lock Mass Index (LMI), the LiteLok Silver sets a new standard in strength-to-weight.

The LMI simply quantifies the strength of the lock based on its weight divided by its length (or circumference). The lower the LMI number the better.

As a result, LiteLok claims its Silver is 40-50% lighter and stronger than the average equivalent U/D lock, chain or armored cable, with a construction that’s virtually impossible to break or cut, or even twist with a tool like a crowbar or tire iron.

In fact, LiteLok says that any attempt to try and twist the Silver could lead to serious injury for any would-be bike thief, whereby the energy that builds up in the Boaflexicore material as a result of twisting will cause it to spring back and unwind rather violently when tension is released.

Moreover, even with a sharp blade or bolt cutters, a bike thief will struggle to cut through the Boaflexicore strap. That’s because LiteLok says its Boaflexicore is a composite which is a non-contiguous material, meaning it’s not the same solid material all the way through, as compared to rigid U/D lock shackles and metal chain links that are susceptible to cutting.

“Once a crack forms the fracture can easily grow and spread all the way through the material”, says LiteLok.

LiteLok has undertaken a crowd-funding campaign on Kickstarter, with the goal of raising £25,000 to help bring the Silver into full production, which you can learn more about by visiting here.