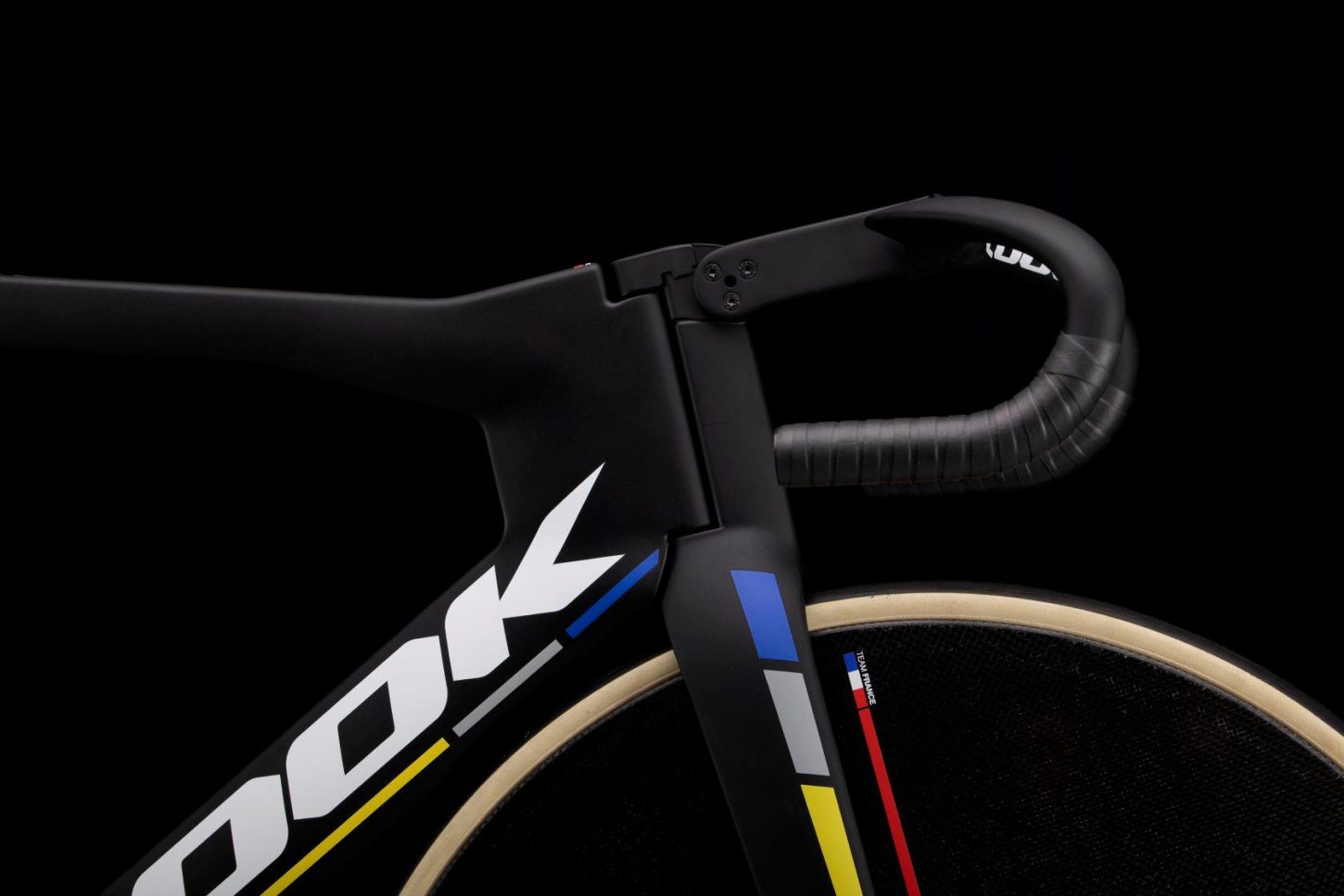 LOOK Cycle has unveiled its latest time trial/track bike ahead of this year’s Tokyo Olympic Games called the T20, boasting a significant increase in stiffness to the areas of the bottom bracket, rear triangle and headtube, as well as a vast improvement in drag reduction, revamped geometry and an astonishing weight reduction of 880 grams over its predecessor the R96.

According to the vaunted French brand, the T20 was developed using extensive wind tunnel testing and Computational Fluid Dynamics (CFD) analysis, resulting in an unprecedented savings in power output wattage.

There are two versions of the T20 offered, the Speed that features a traditional drop handlebar and the TT, which comes equipped with LOOK’s Aeroflat handlebar and Aergo extensions.

Additionally, both framesets are sold as a module, which include LOOK’s ZED crankset, its Aeropost Track seatpost and Track carbon stem that’s available in 5mm increments from 55mm to 140mm.