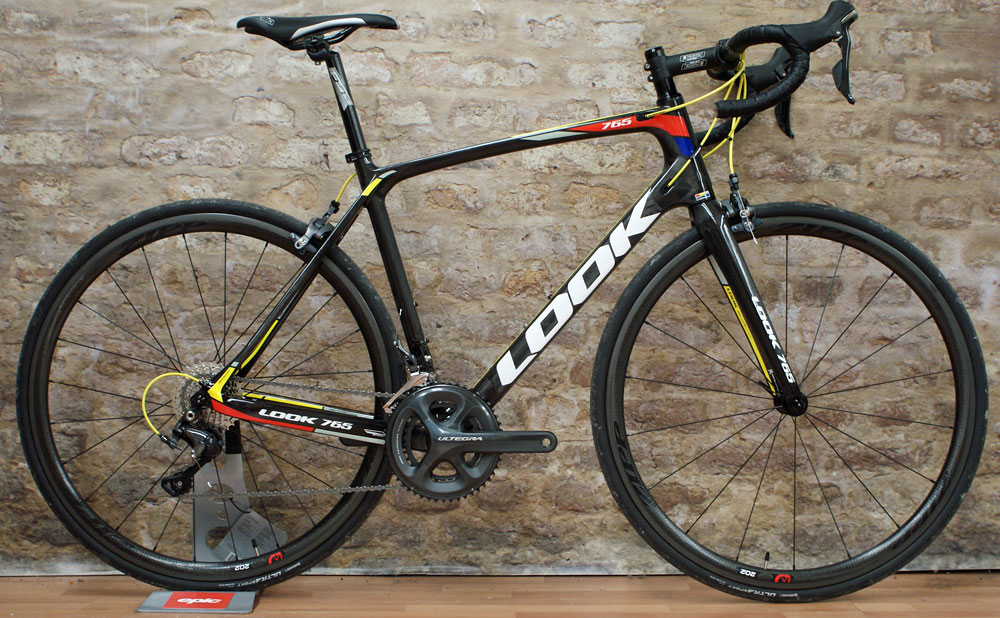 Look announced the launch of its new 765 road bike, which not only borrows heavily from its bigger brother, the 675, but incorporates the use of flax fiber in its carbon lay-up – the first of its kind for the French brand.

According to Look, the use of flax makes for a significant increase in the frame’s ability to dampen vibration and feedback from the road, while also maintaining the utmost in vertical and lateral strength.

On a side note, Look is not the first bike company to incorporate the use of flax fiber in its design. However, contrary to reports, neither is  Merida or Bianchi.

Rather, it was Museeuw Bicycles back in 2008. And, having ridden Museeuw bikes extensively in the past, I can honestly say the material truly has a positive effective on compliance – without sacrificing rigidity.

In any case, Look’s goal with the 765, is to capitalize on the ever-growing “endurance riding” segment, with a more relaxed geometry, along with the brand’s latest touches such as an oversized downtube, full carbon BB30 bottom bracket shell, carbon dropouts, asymmetric oversized chainstays and internal cable routing with electronic shifting compatibility.

The 765 will be available with three build options; namely, an entry level Shimano 105 groupset, along with an FSA Omega compact crankset, Gossamer brakes, Shimano’s RS010 wheelset, FSA’s Vero handlebar and a Selle Italia saddle, a mid-level build, which includes the addition of  Shimano Ultegra shifters, FSA’s Gossamer Pro BB386Evo crankset, Gossamer brakes as feel, and upgraded Mavic Aksium wheels and a top spec bike that will come with a full Shimano Ultegra groupset including brakes and Mavic Aksium wheels.

We expect Look to announce the availability of the 765 later this summer – with pricing to follow.